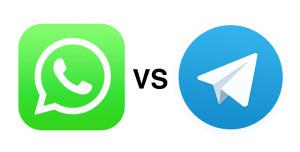 WhatsApp recently cross the 1 billion downloads mark on the Google Play Store, becoming the first messenger app to hit this milestone. Most of the other apps that have over 1 billion downloads on the Google Play Store are Google apps. The only other non-Google apps on the list are Facebook and Angry Birds. However, a number of alternative messaging apps are also gaining popularity. One such app is Telegram. In this post, we are going to be comparing Telegram with WhatsApp to see if the former really is a decent alternative to the latter.

Which of these two messaging apps do you prefer?