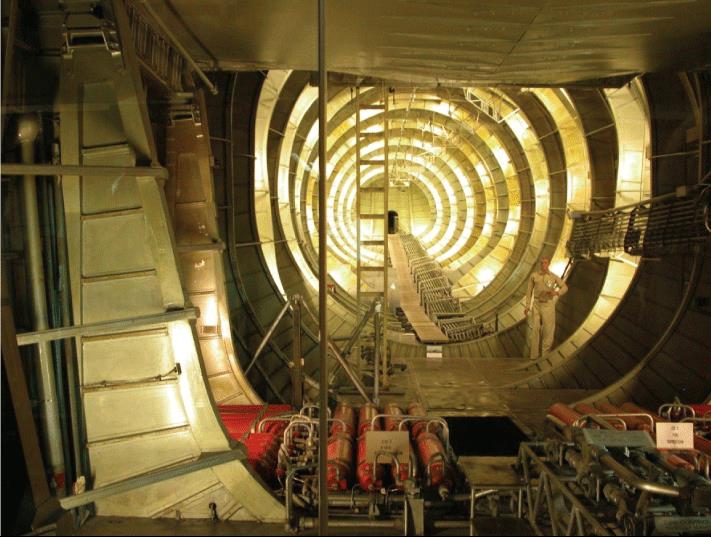 The Spruce Goose, the first aircraft with a wingspan in excess of 300 feet, was also the largest flying boat ever built.  Designed and constructed by the Hughes Aircraft Company, it made its one and only flight Nov. 2, 1947, in Long Beach.

Why was it built?

Howard Hughes always thought big, but he did not actually think up the Spruce Goose.  The aircraft originated in the mind of Henry J. Kaiser, owner of an Oakland-based ship manufacturing company. Kaiser dropped out of the project early, leaving Hughes’ team to make the H-4 (the plane’s real name) a reality.

In the first nine months of U.S. involvement in the war, over 500 Allied ships were sunk by submarines. By the end of 1942, the American public was deeply concerned about the depletion of U.S. naval power.

The Spruce Goose was funded by the federal government, which was eager for a way to transport troops and cargo across the Atlantic Ocean, well out of the sights of deadly German submarines.

Wartime material restrictions meant that the plane couldn’t be built of aluminum, so the eight-engine plane was built of birch wood, giving it the catchy but erroneous nickname “Spruce Goose.”

Like many defense projects, this one fell behind schedule and over budget, and by the time World War II was over the plane still wasn’t finished.  One estimate for the airplane’s construction was $23 million.

The project had many detractors in Congress and Hughes was determined to prove the plane airworthy. During what was supposed to be a series of taxi tests, Hughes suddenly took the plane up to 70 feet above the water on a mile-long flight.

With the war at an end and concerns about the cost of operating an aircraft of its size on a long-term basis, the H-4, as it was officially known, never flew again.

Once displayed in Long Beach under a dome next to the Queen Mary, it’s on display today at the Evergreen Aviation and Space Museum in McMinnville, Ore.

Size chart from the Evergreen Aviation and Space Museum: 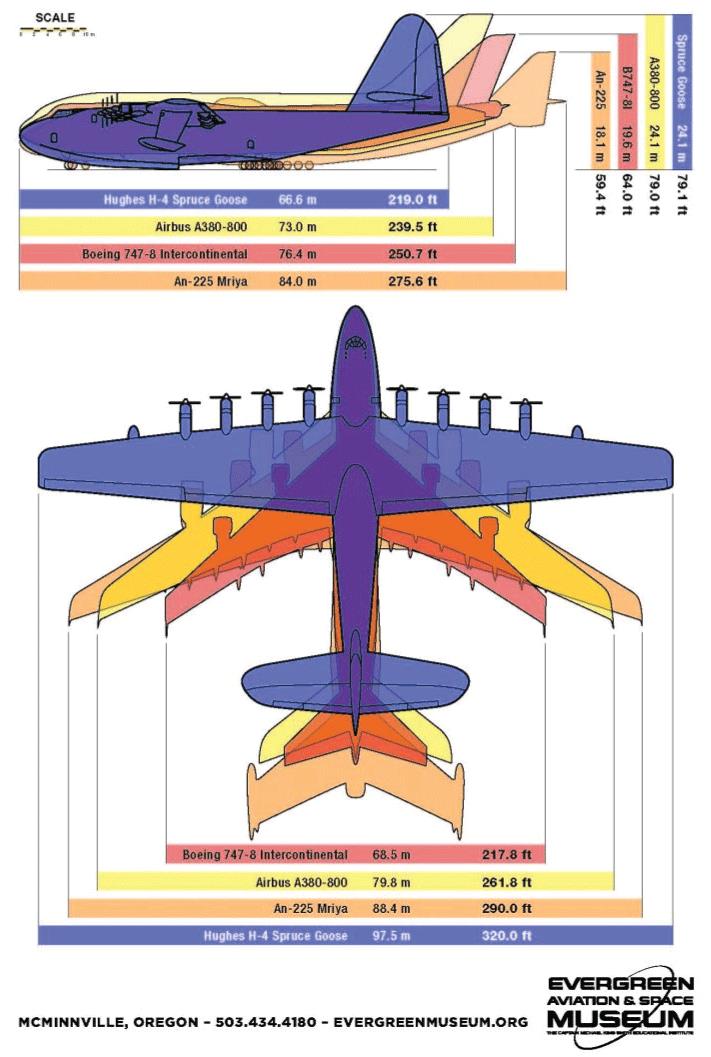 A great selection of archived photos of the Spruce Goose and Howard Hughes are at the UNLV Digital Collections site.