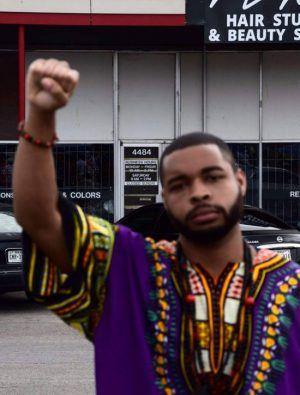 Relampago Furioso is the creator of The New Modern Man. He is a former member of the mainstream media turned dissident, with professional experience in both science and journalism. He enjoys striking at the Establishment using politically incorrect truths and electrifying SJWs with logic. He is now living part time in the Caribbean while traveling the world. New for 2017, Rel has published a Quick and Dirty Guide to Women and a Quick and Dirty Guide to Money and Minimalism. Rel is also a Red Pill Life Coach, helping other men realize the dream of getting laid on the regular, getting out of debt, and traveling the world. Facebook|Twitter

Black Lives Matter “advocates for justice, dignity, and respect.” At least, that’s the Kool-Aid they distribute on their web site as they come up with such dignified and respectful chants during protests as Pigs in a blanket, fry ’em like bacon! after committing terrorist acts on U.S. soil like assassinating police while getting a press pass from Marxist media and encouragement to continue with sophistry from our President.

Meanwhile, showing their contempt for non-Marxists and non-self loathing whites, social media majors like Facebook, and tech majors like Google, Microsoft, and even Pandora came out in unified support of the radical BLM hate group right after five Dallas police officers were murdered by a BLM supporter, before the families even had time to put them in caskets.

In the meantime, legacy media manipulates facts and stories to keep white people and police on the defense against Marxist narratives in a crusade against reality and common sense. (It also makes one wonder if ethnic cleansing, i.e. of white populations, is a globalist agenda item. More on that another time.)

Micah Xavier Johnson, the Dallas terrorist and murderer, was driven by the same divisive left wing politics as Black Lives Matter. However, an examination of his motives has been intentionally left out by the media as it would connect obvious ties to the rhetoric of Obama and his heir apparent, Queen Hillary. Hillary even went so far as to double down on Marxist rhetoric over the weekend, blaming whites and cops for murders that occurred at the hands of a black racist.

I will call for white people, like myself, to put ourselves in the shoes of those African-Americanfamilies who fear every time their children go somewhere, who have to have ‘The Talk,’ about, you now, how to really protect themselves [from police], when they’re the ones who should be expecting protection from encounters with police.

Black Lives Matter, which was formed by three homosexual women, has enjoyed a seat at the right hand of Obama (BLM leader Aislinn Pulley is pictured with the Messiah above) and even recently spent 90 minutes meeting with him in the White House. After the tragedy in Dallas, Obama laughably said it was “very hard to untangle” the motives of the shooter even though Johnson openly said he hated white people, he wanted to kill white people, and he especially wanted to kill white police officers.

It’s hard to imagine the motives would have been “very hard to untangle” if the shooter was white and the victims black, especially since mass hysteria led to a historical symbol being torn down after a nut named Dylan Roof went on a rampage. It took no time at all to “untangle” the motive for Roof, which was clearly the rebel battle flag to the morons in the media and Racial Bolshevists on the left.

The evil genius Obama never lets a tragedy go to waste, and never misses and opportunity to figuratively stick a shiv in the white people of the U.S. he seemingly hates so much. Contrary to the left’s rhetoric, it is not the white, heterosexual, Christian male doing the oppressing, he is being oppressed and is being targeted for destruction in the 21st century socialist revolution in America. 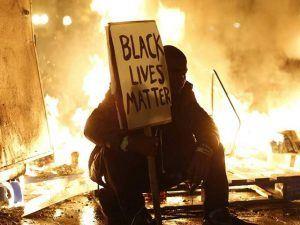 The narrative that black men are being targeted by police is nothing more than political rhetoric designed to steam people up. It steams the left up because they feel they carry the banner of Betrand Russell’s Superior Virtue of the Oppressed, and it steams the right up because they have to be shamed and retreat no matter if they have been wronged. Here are some facts that destroy the BLM narrative, exposing it as a Marxist propaganda ploy.

Black men are more likely to kill cops than cops are to kill black men. The FBI reports 40% of cop killers are black. Statistically, police officers are 18 times more likely to be killed by a black man than they are to kill a black suspect. This statistic supports the fact that blacks are killed by police in self-defense, not because of racism.

Cops killed twice as many white people as black people last year. In 2015, 50% of the victims of deadly police shootings were white, and 26% were black. Some claim this is racism since blacks only make up 13% of the U.S. population, but the FBI reports 62% of robberies, 57% of murders, and 45% of assaults are conducted by blacks in the most populated areas of the country. So, blacks are statistically proven to be far more likely to commit crimes which put them in the crosshairs of police.

These four facts alone logically destroy any justification of Black Lives Matter’s attacks upon police and white people. Black on black violence is a far greater problem for them to worry about. Apparently, black lives don’t matter to black people, using BLM’s own rhetoric and faulty reasoning. Blacks also murder at a far higher rate than their white counterparts and are involved in more criminal activity, which means they will have more run-ins with the police.

This twisting of facts to support a Communist agenda also illustrates why I grew to despise the American media before quitting and running away from a career I had aspired to since childhood. This type is disinformation is wrong, and it is evil. Rather than making Black Lives Matter justify its existence and its violence, the media continue to hunt down the Evil White Man™ as the reason for civil unrest. The media feed on emotional propaganda that has no basis in reality and twist reality it to fit a Marxist narrative. The media is as much to blame for the hatred and division in the United States as the “community organizer” President. The media is also once again shamelessly providing cover for far left demagogues Obama and Hillary as reported by Daily Wire.

Left-wing media is attempting to exonerate President Barack Obama, Hillary Clinton, and itself from complicity in the deadly consequences of racial agitation. Five more police officers have now been sacrificed on the altar of protection for the left’s political sacred cow. State of the Union‘s Jake Tapper likewise refused to examine ideological connections between the Dallas murderer and the broader left. Instead, time was dedicated to presenting Trump as racially divisive and incapable of mending racial divisions. Left-wing racial agitation as a driving force of the Dallas mass murder was ignored.

So, there you have it. The left has been given carte blanche by your government and your media to march through the streets terrorizing police officers, Trump supporters, and anyone who tries to provide a modicum of reason to the totally one-sided, politically motivated, fraudulent narrative. Since the Dallas case proves the media and politicians will continue to blame white people and police no matter if the groups stoking racial division like Black Lives Matter are operating under completely false premises, one can expect they will blame white people for defending themselves or taking action to stop Communist agitators from destroying another city like Baltimore or Ferguson. 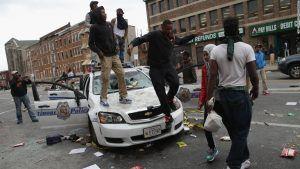 As stated in my previous articles, this is Racial Bolshevism at its finest.

Contemporary Progressivism should really be called Racial Bolshevism. The psycho-political profile is identical: whereas the original Bolsheviks believed that the Communist utopia could not be achieved without the elimination of the bourgeois class, the contemporary Racial Bolsheviks believe that the multi-cultural utopia cannot be achieved without the elimination of white people – especially white men.

What is the end goal? Pushing white people until they break in a thinly veiled effort to bring about Martial Law and discard the Constitution? Hillary said we need even more “justice, dignity and respect” Black Lives Matter style. Her poll numbers quickly took a dump after she spouted this pablum and her acquittal last week.

There is so much more to be done… we can’t be engaging in hateful rhetoric or incitement of violence, we need to be bringing people together…we need more love and kindness.

Apparently, love and kindness Hillary style means loving the very people who are assassinating police officers, attacking conservatives and telling white people how evil they are. Things are only going to get worse as the left continues an agenda of ethnic cleansing and racial scapegoating in America. The Communist revolution is here. Dallas was only the opening salvo. The Black Panthers have already said they intend to be armed under the guise of “self-defense” at the Republican National Convention in Cleveland next week. That’s a powder keg waiting for BLM to ignite it.

We must not let the left’s and the media’s appeals to racial division, disguised as progress win out. United, we can stop the fall of the U.S. government. Divided, as they clearly want us to be, we are putty in the hands of social engineers and elite puppet masters financing these mobs. We cannot heal racial wounds by pouring Marxist salt into them.

The first step in fighting back is untwisting the twisted narratives of hateful and degenerate leftist demogogues, a treasonous President, a treasonous Presidential candidate, and a Marxist media, exposing them as the inciters of violence they are. Once the public knows who is fomenting the violence and division, the next steps in refreshing the tree of liberty can be taken.