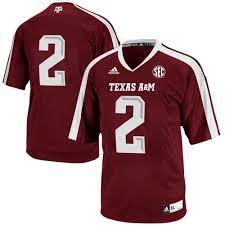 In response to potential litigation in what will be a large class action lawsuit against the charitable organization known as the NCAA, it is no longer in the merchandise business. At least not directly.

No NCAA Shop any more. Jay Bilas, well done. In case you didn’t know, it was the NCAA-hating and ESPN analyst Bilas who took the NCAA to task for selling Johnny Manziel jerseys with none of the proceeds going to the actual athlete-student.

Just because the NCAA is no longer selling merchandise on its own website means these jerseys are gone. And just because the NCAA is trying like hell to distance itself from what will likely be a future multi-million dollar back payment on likeness infringement means you can’t find the jerseys of the most visible college players right now.

The NCAA’s members are free to sell jerseys as they see fit. And they are.

Click here for a No. 2 Texas A&M jersey available through AggieAthletics.com. I wonder who wears No. 2? Only $64.98.

Or here for the low price of $60 you can find this TCU No. 4 is available on GoFrogs.com. No. 4 … probably the backup center. Oh, it’s starting QB Casey Pachall? How lucky for TCU and Nike, too. 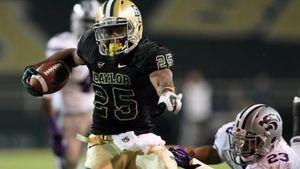 Here you can find a nice, $90 Baylor Bears jersey which happens to be No. 25. I wonder who No. 25 is? It’s Heisman Trophy candidate, running back Lache Seastrunk.

The University of Texas skips a few steps and has a link specifically for “Jerseys” on its website. Many thanks. Click here to browse the many possibilities here.

The University of Oklahoma also offers a direct link to its jersey section. And, like Texas, the Sooners offer a wide array of numerical possibilities to satisfy your passion. 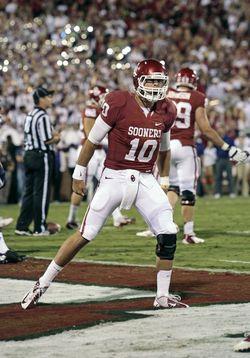 There are many more. And they are everywhere at every major school.

The garment has value because it’s the “home” team. Once you put a number – even without the name – it increases the value no different than a No. 18 on a Denver Broncos jersey. This is where the kid gets screwed. This is a weak loophole that both the NCAA, its schools and the manufacturers have robbed the athlete-student out of for more than a decade because they could.

At the very least a percentage of whatever money is generated by a No. 25 Baylor jersey that sold while Seastrunk played should go to the athlete-student when his college career ends.

Seastrunk, Manziel, Pachall et all helped make their respective jersey more valuable to sell, and at some point they deserves a cut.