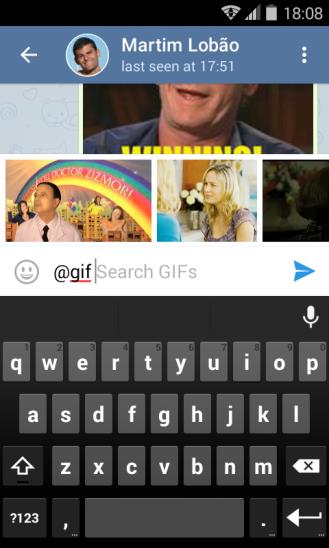 The developers behind the Telegram messaging service are starting off the new year with a few additions to their app — perhaps with the hopes of keeping their 5.7 million new users hooked. Version 3.4.0 brings faster GIFs and inline bots that are accessible within chats.

By encoding GIFs as mpeg4 videos files (an approach which is already used by many image services for storing and sharing GIFs, such as Imgur and Gfycat), animations will use up to 95% less bandwidth and storage space than before, while still maintaining the same quality. Further optimizations in GIF playback also mean that GIFs will be played automatically without impacting performance. GIFs now also have their own tab next to stickers, where users can save their favorite animations for future use. 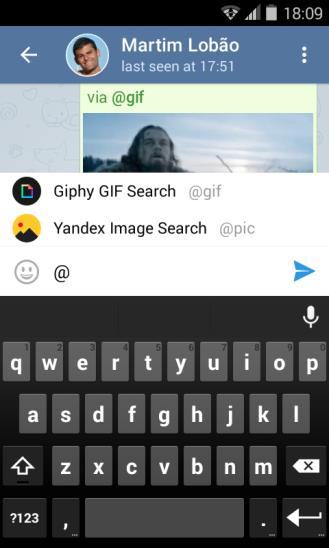 Inline bots provide faster access to bots from within conversations — previously, bots had to be added as separate users into a group conversation, but now they can be summoned by invoking their @username in the message field. There are currently a handful of inline bots that users can try out, including @gif, @vid, @pic, @bing, @wiki, @imdb, and @bold.

The new version of the app can be downloaded using the widget below or on APK Mirror. 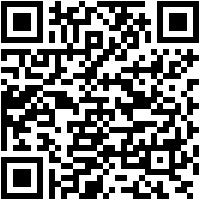