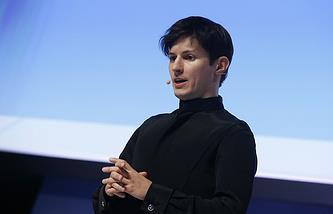 MOSCOW, September 27. /TASS/. Telegram Messenger’s founder and CEO, Pavel Durov, said on Tuesday a criminal case launched against him in Iran was not due to claims of Telegram’s reported popularity among terrorist groups, as it takes efficient measures against prohibited content.

“We actively block in Iran content related to terrorism and pornography. I think that there are other reasons behind this,” Durov said on his Twitter page.

He said that Telegram blocks more than a thousand of channels, bots and chats with terrorism-and pornography-related content.

AP said on September 26, citing Iran’s ISNA News Agency, that a criminal case has been reportedly initiated in Iran against Durov. According to the agency, the charges stemmed from Telegram’s popularity among Islamic State militants, and drug and human traffickers.