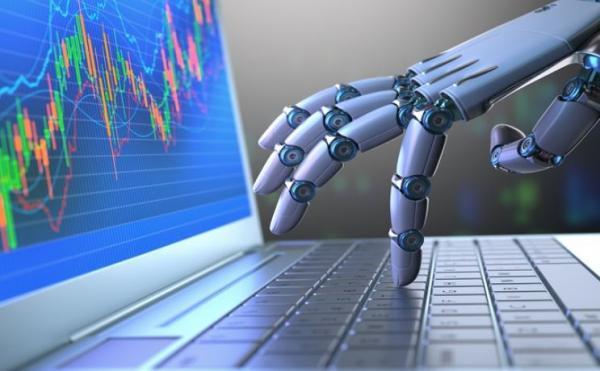 It should come as a surprise to precisely no one reading this post that wall street equity analysts have a ‘slight’ bias toward “Buy” ratings.  After all, equity analysts aren’t really in the business of helping clients make buy/sell decisions, their only real value comes from acting as an intermediary to setup the coveted 1×1’s at lavish conferences in Miami between the hedge funds who pay them and the management teams of the companies they cover.  And, of course, it’s much harder to get those management teams to attend your conference if you spread too much truth about their future potential.

But, for those who still aren’t convinced, the Economist took a look at wall street equity research ratings for the S&P 500 last year and found that just 6% of all ratings were “sell/underperform” ratings.

Roughly half of S&P 500 stocks underperformed the overall index in 2016, and about 30 percent of the stocks generated negative overall returns on the year.

All that said, a new A.I. equity analyst created by Wells Fargo doesn’t seem to care one bit about the politics of the equity research business and slapped both Google and Facebook, two cornerstones of Jim Cramer’s beloved FANG stocks, with ‘sell’ ratings.  Per Bloomberg:

“AIERA’s approach this week appears decidedly more conservative (than last week), as she places a ‘hold’ recommendation on 11 names and even going so far as to place Google and Facebook in the ‘sell’ category,” Sena says in a new note sent out to clients on Friday.

Of course, Wells Fargo’s human analyst was quick to release a statement saying that AIERA is clearly confused and remains in a “test and learn phase”…translation: ‘please don’t blacklist me Mr. Zuckerberg.’

AIERA’s pessimism isn’t enough to cause Sena and his team to remove their own outperform rating on both stocks.

“Of course, we would reiterate that AIERA remains in test and learn mode, and therefore has no current bearing on our long-term outlooks or ratings (including Facebook and Google, both of which we rate Outperform with $215/$1,250 price targets, respectively).”

Clearly, a ‘sell’ rating against this crowd would stand out and be somewhat embarrassing for Wells… 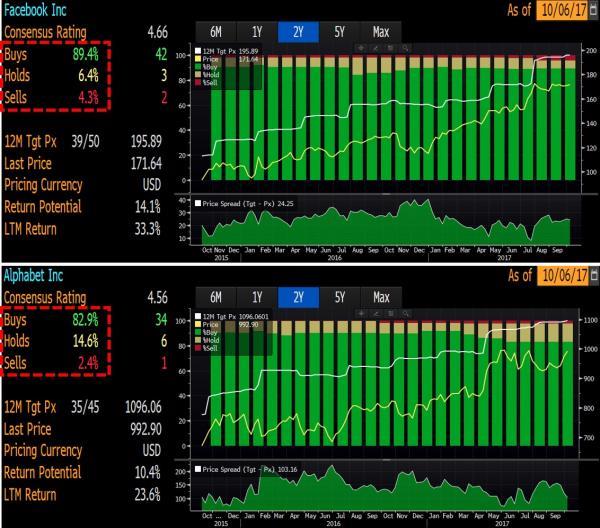 Why do we suspect that AIERA is going to spend a lot of time with programmers this weekend ‘learning’ some new valuation techniques?