Ahead of Friday’s vote in Iran, the streets of Tehran are lined with campaign posters and bustling with life, including people tapping away on their smartphones. It’s happening everywhere you look, said one reporter in the Iranian capital.

But people aren’t just talking to one another; they are campaigning and sharing candidate lists — and most of them are doing it using the messaging app Telegram.

Friday’s national elections are major. Iranian voters will decide who is to represent them in two separate political institutions: the Majles, which is the country’s 290-seat parliament, and the Assembly of Experts, the council of clerics responsible for supervising Iran’s supreme leader, Ayatollah Ali Khamenei. 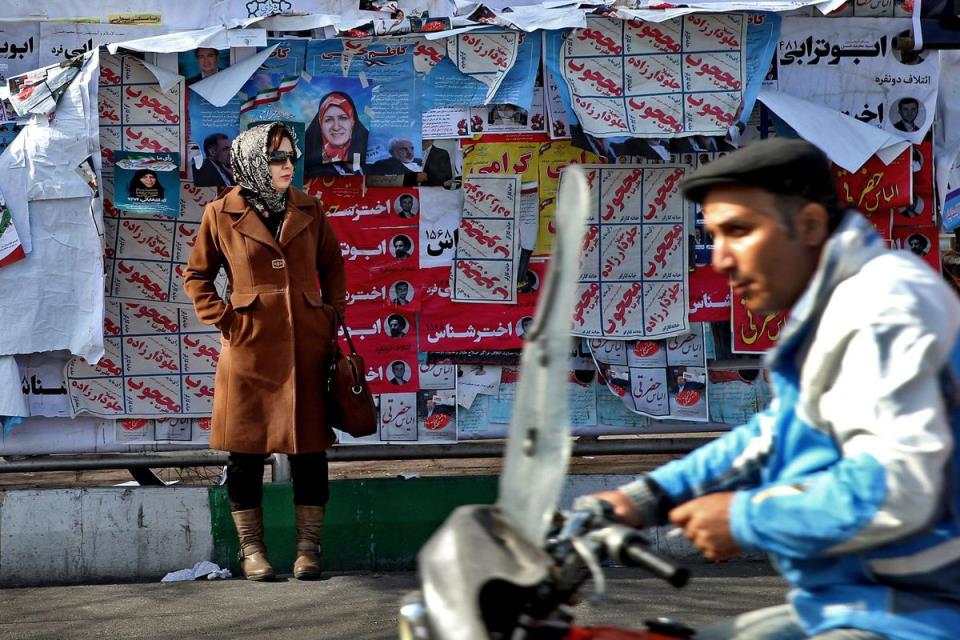 An Iranian woman waits for a taxi in front of electoral posters of parliamentary election candidates in downtown Tehran, Iran, Wednesday, Feb. 24, 2016. Iran’s parliamentary and Experts Assembly elections will take place on Feb. 26.

While Iran’s traditional media like TV and newspapers, predominately used as mouthpieces for conservative hardliners, still dominate, experts say Telegram — as well as other social media — is transforming the way political campaigns are run while also helping reform-minded Iranians express their thoughts and encourage others like them to get out to vote.

An especially strong turnout of those reform-minded Iranians could tip the scales in their favor.

Telegram, a messaging app known for its emphasis on privacy and security, allows its users to broadcast public messages to an unlimited number of users through its Channel function.

The company was launched in 2013 by Russian Pavel Durov and his brother Nikolai. Durov, who’s been called “Russia’s Mark Zuckerberg,” is also known for founding Vkontakte (VK.com), a Russian version of Facebook, in 2006. In 2014, he made headlines after fighting with the Kremlin and being forced to relinquish control of Vkontakte to wealthy Putin loyalists. 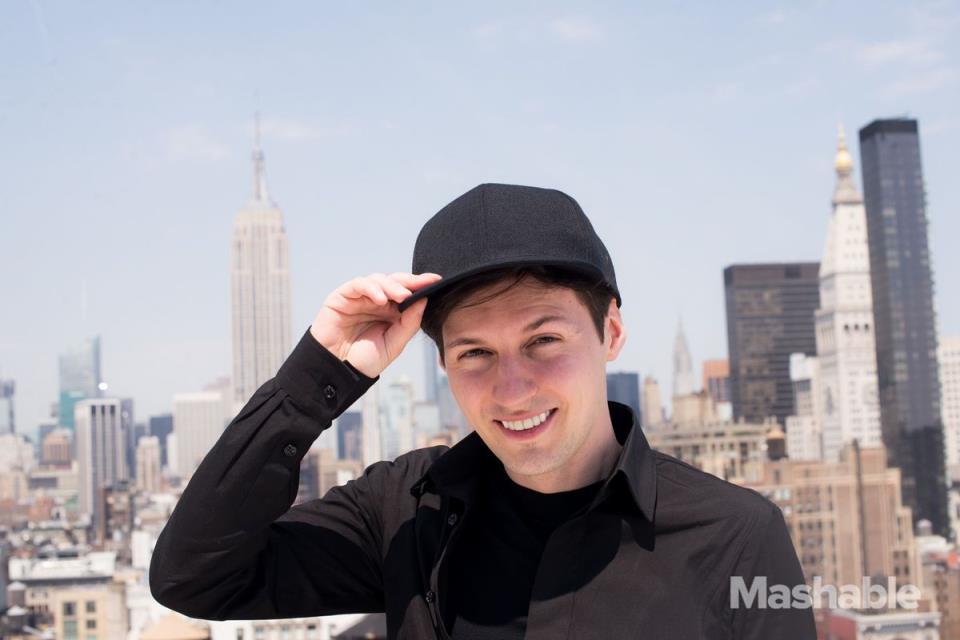 Pavel Durov, founder of Telegram and VKontakte, photographed at the Mashable offices in New York, May 2015.

Iran is a place known for its harsh restrictions on freedom of speech and the press. Nearly 40% of Iran’s 77 million people can log onto the Internet, but the U.S.-based watchdog Freedom House says web access is “not free” in the Islamic Republic due to censorship and filtering.

So the launch of Durov’s Telegram app, which offers users end-to-end encryption, making it incredibly difficult for outsiders to hack in, was met with great fanfare by many Iranians who yearned for the ability to communicate freely.

The semi-official Isna news agency estimated that at least 20 million Iranians are active Telegram users. This week, Telegram announced that it had surpassed 100 million monthly active users worldwide who are delivering 15 billion messages daily. Some 350,000 new users join every day, the company said.

A significantly higher number of Iranians use Telegram rather than its rival, WhatsApp, as well as Facebook and Twitter, both of which have been blocked in the country since its disputed 2009 presidential election, when footage of the shooting death of a young woman at a protest went viral on social media. 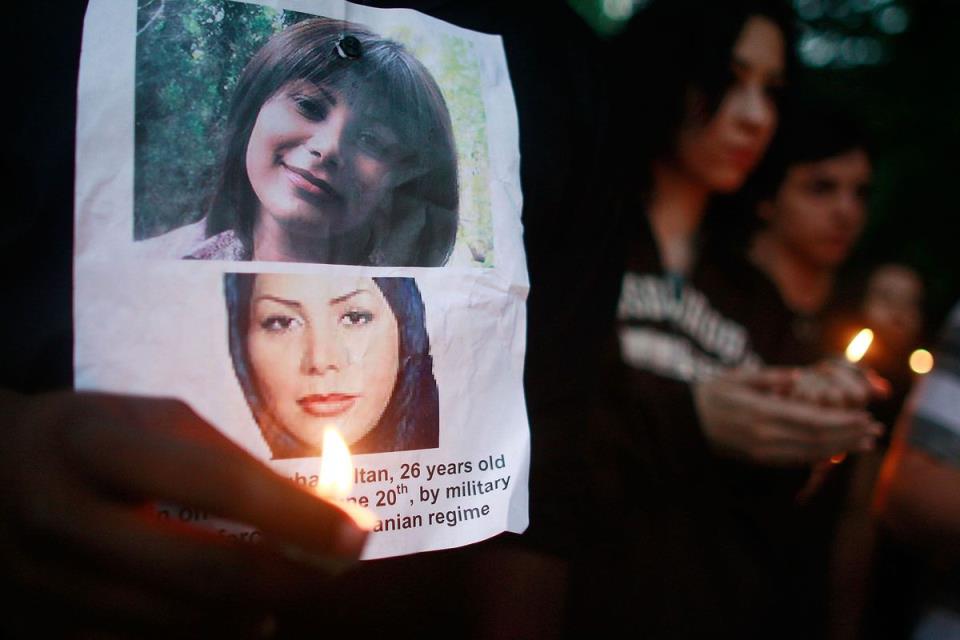 Candles are seen with photos of Neda Agha Soltan, shot dead at a rally in Tehran, at a rally in support of Iranian election protesters organized by Amnesty International June 26, 2009 in New York City. A senior Iranian cleric has said ‘rioters’ participating in mass protests in Iran should be executed.

As for candidates in Friday’s election, especially lesser-known politicians, Telegram messages offer a free outlet to spread their campaign promises.

Telegram is “much easier and reachable to many voters than fliers,” Ali Alemi, a politically active 26-year-old student at Tehran’s Azad University, told The Associated Press. “I have used Telegram over the past week to attract voters.”

It’s been particularly useful in helping voters keep track of the names of some 6,200 candidates running in the parliamentary elections. Unlike in the fill-in-the-bubble ballots common in the U.S., voters in Iran must write candidates’ names on their ballots. 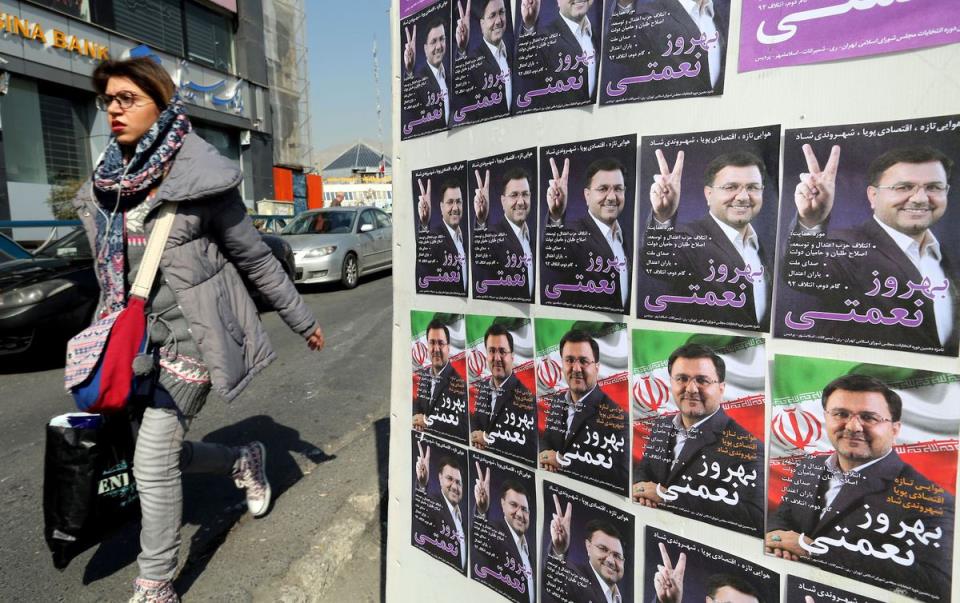 An Iranian woman walks past posters depicting portraits of Behrouz Nemati, a candidate for the upcoming parliamentary elections, in downtown Tehran on February 18, 2016.

Still, some Iranians are worried about online interference by authorities ahead of the election after Iran’s government raised concerns about messages being spread by social media and Telegram, in particular. It formed a committee last Sunday to investigate possible illegal activity in the social messaging campaigns, without elaborating on what it considers illegal.

In October, Durov wrote on Twitter that Iranian officials demanded Telegram provide them with “spying and censorship tools.” Telegram ignored the demand, leading to a week of government interference and a two-hour block on the app.