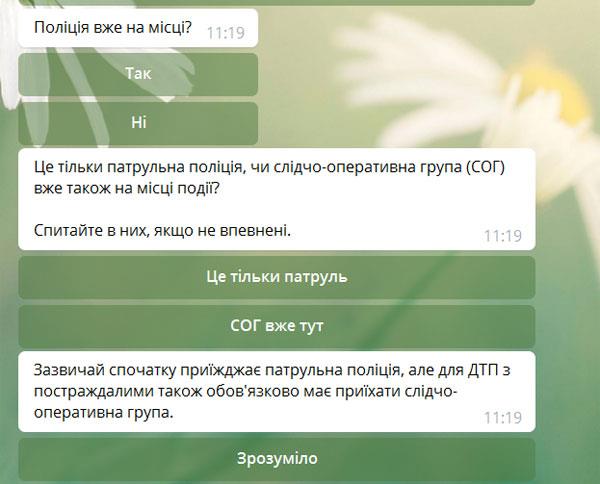 Alexander Kharchenko worked as an IT lawyer, spent some time serving as a patrol policeman, is currently studying programming.

It reportsNational Industrial Portal, With reference to AIN.

The other day he prepared and launched the Telegram-bot “BumperBot» This chat-baton offers to orient yourself on the spot for those who were not lucky enough to get into an accident. Depending on the situation in which the driver was, the bot will help to draw up a europrotocol, tells how to communicate with the police and what to do to obtain insurance.

According to him, the idea of ​​creating such a bot came during the service of the patrol police: Alexander often faced with the fact that in the event of an accident, people are lost and do not know what to do. BumperBot hints should help you cope with this situation or know in advance what to do in that case.

Together with Andriy Khorsev, we make such an ideology that the user, even if he slipped the bot’s response alone, sitting with tea at the company, was more prepared for the real situation. This is in general one of the ideas of such bots – to give a virtual experience, “living” a situation that will be useful in real life, – says Alexander.

The technical part of the bot – the implementation of Corezoid – was engaged in the Bot & Partners Law Firm.

Alexander wrote the algorithm of the bot, he works as a sequence of actions after an accident, with the ability to choose from the options for the development of the situation: for example, what to do if there are injured, or if the police are not yet in place. “I created an algorithm based on personal legal competences and experience in the police, correct tactics of behavior when designing an accident,” says the author of the bot.

“BumperBot” works from the spring in the Facebook Messenger, where it is implemented on Chatfuel.

In the summer, Alexander presented BumperBot on the Legal Startup Crash Test. His project was also included in the incubation program for Ukrainian legaltech-startups from HiiL Justice Accelerator in partnership with the 1991 Open Data Incubator.