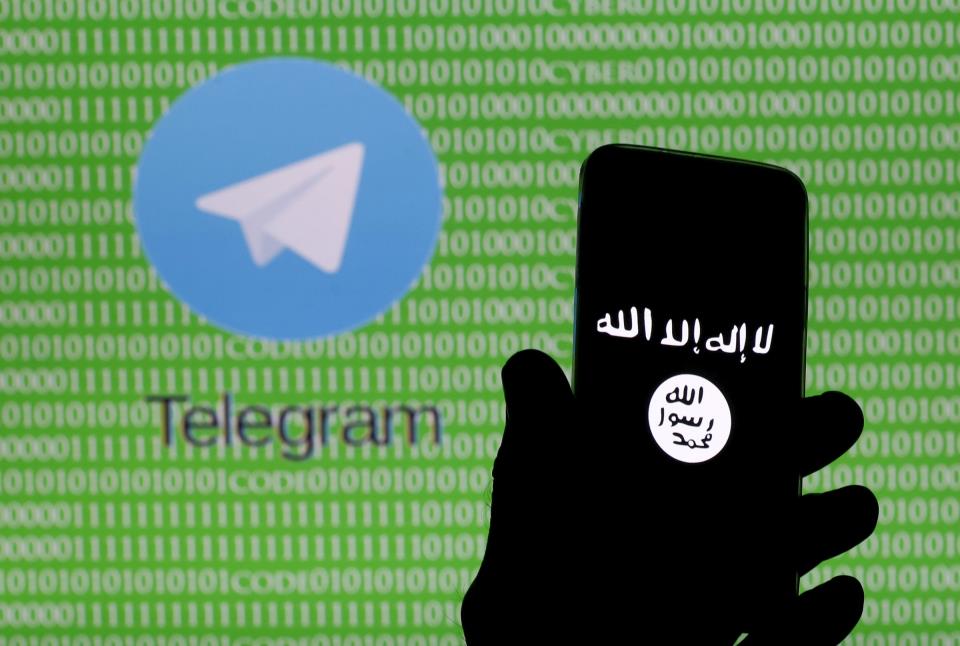 A man holds a smartphone showing the Islamic State logo in front of a screen showing the Telegram logo in this picture illustration taken in Zenica, Bosnia and Herzegovina November 18, 2015. REUTERS/Dado Ruvic

Intsights, a Herzliya-based intelligence company, hacked into what it said was an Islamic State Telegram group in which the organization’s operatives publish terror attack plans, according to a report on Channel 10.

The team managed to infiltrate the covert group, whose 500 members pinpoint targets in the expectation that a jihadist will carry out an attack there.

The Intsight team did not detail how it managed to hack into the group, but if it breached the much-vaunted encryption of Telegram’s communication channels, it would be the second known hack of its kind in a week.

Arvatz said that earlier this week a member of the group uploaded a list of American air bases in the Persian Gulf and around the globe that could be potential targets. A map uploaded to the Telegram group pinpoints air force bases in the United States, Canada, United Kingdom and other countries of Western Europe, as well as Israeli air force bases.

More from The Times Of Israel:

SEE ALSO: A DC-area transit police officer has been arrested after a stunning ISIS sting operation

NOW WATCH: GREEN BERET: Why our strategy against terrorism is making things worse