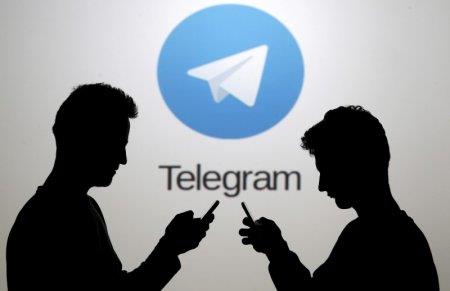 FILE PHOTO: Men pose with smartphones in front of a screen showing the Telegram logo in this picture illustration Thomson Reuters

The move comes amid heightened concerns over the growing presence and influence of Islamic State in Southeast Asia as the jihadist group loses territory in Syria and Iraq.

“This has to be done because there are many channels on this service that are full of radical and terrorist propaganda, hatred, ways to make bombs, how to carry out attacks, disturbing images, which are all in conflict with Indonesian law,” the communications ministry said in a statement on its website.

The communications ministry added that both the mobile application and the desktop version of Telegram would be blocked throughout Indonesia. It did not say if it would take similar action against other messaging platforms.

Security officials in several countries have complained that the apps provide a safe space for militants to communicate with each other. Several governments, including those of Australia and Britain, have urged technology companies to do more to help security agencies thwart security threats.

British interior minister Amber Rudd said at the time that such encryption was “unacceptable”.