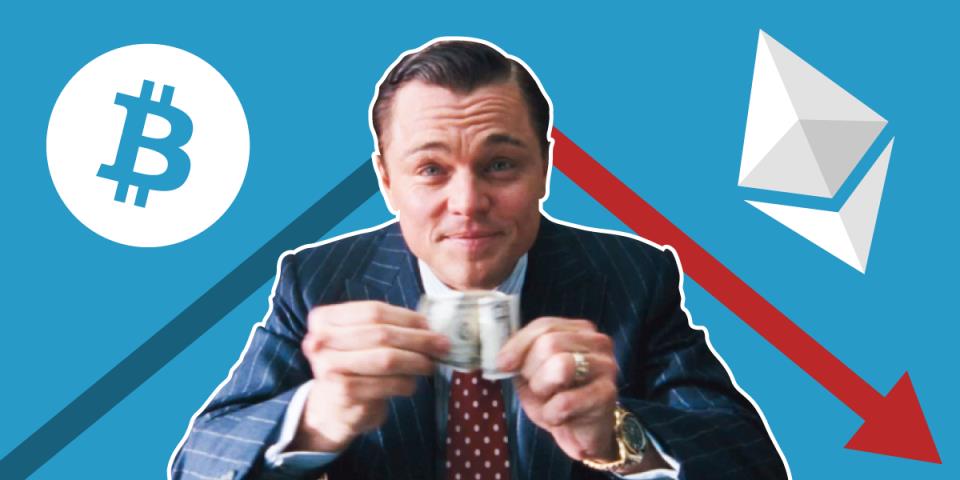 The scams used by the “Wolf of Wall Street” in stock markets have found their way into cryptocurrency markets. Business Insider/Samantha Lee/Paramount Pictures

LONDON — Cryptocurrency exchanges are rife with “pump and dump” scams that would be illegal in most markets and leave unsuspecting investors at risk of large losses, a Business Insider investigation has found.

Crypto traders are using the secure messaging app Telegram to orchestrate the scams. Their strategy is to suddenly inflate the price of a cryptocurrency by coordinating a few buyers to act at specific times.

Then, after the price rises, they attract other, unwitting investors to buy into the price momentum. The “pumpers” quickly sell the coin to make a profit. The coins often crash just minutes after the initial surge, leaving the second wave of investors with losses. 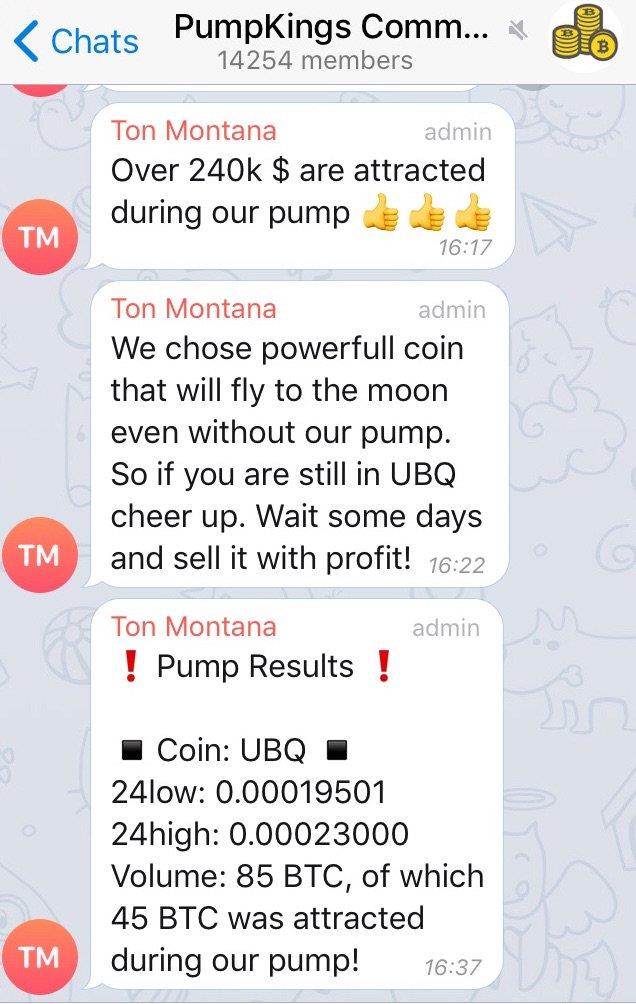 The same scam was most famously carried out in the stock market by the “Wolf of Wall Street,” Jordan Belfort, the convicted securities fraudster whose exploits were turned into a film starring Leonardo DiCaprio.

Business Insider observed pump-and-dump schemes for the cryptocurrencies UBQ, VCash, Chill Coin, Magi Coin, and Indorse over the past two weeks alone. All the scams took place on either the Las Vegas-based exchange Bittrex or the Russian exchange Yobit.

Ben Yates, a senior associate at the law firm RPC who has looked closely at the space, told Business Insider: “It’s clear from even casual monitoring of the exchanges that this sort of activity is rife, particularly with altcoins with smaller circulation.”

Cryptocurrency exchanges and markets are unregulated in most parts of the world, and so these activities are not illegal. Still, they highlight the risks associated with this new corner of finance, which has attracted huge amounts of capital in 2017 but is regarded as the Wild West by critics.

Pump-and-dump schemes are illegal in government-regulated public stock markets, like the London and New York stock exchanges. Several securities lawyers Business Insider spoke with argued that cryptocurrency exchanges should be regulated in the same way. The US Securities and Exchange Commission has said digital currencies are likely to fall under existing securities laws, but it has so far taken little enforcement action.

Cryptocurrencies have exploded in popularity this year thanks to the success of so-called initial coin offerings, in which startups issue new digital coins in exchange for real money used to fund their ideas. These coins can be traded on online exchanges, offering greater liquidity to investors in private companies. 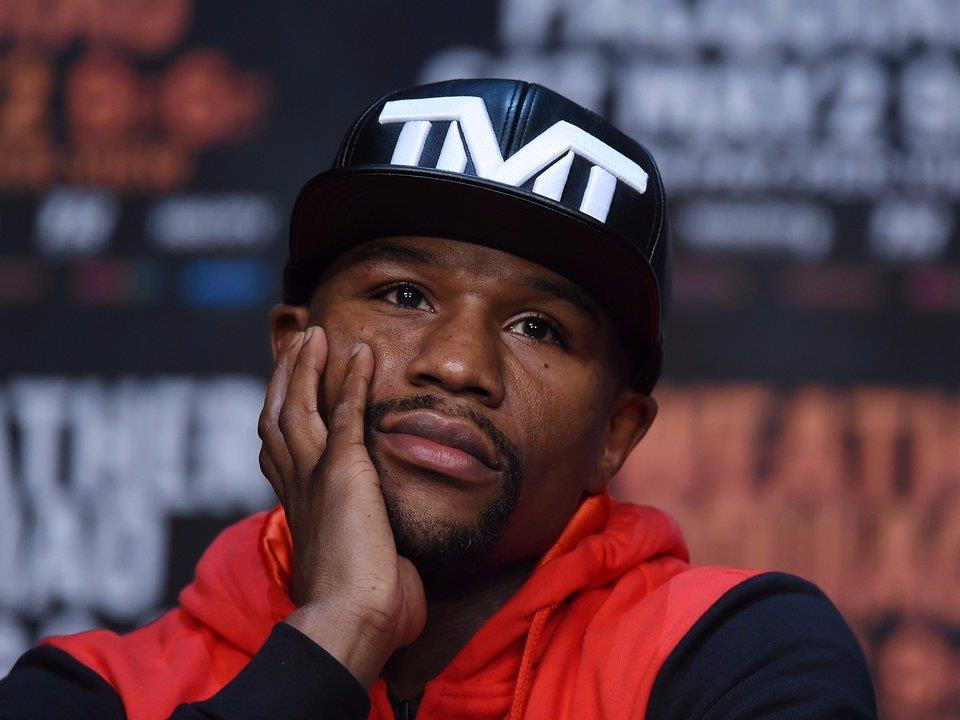 Over $3 billion has been raised through ICOs this year, and there are now more than 1,200 cryptocurrencies in circulation, according to CoinMarketCap.com. Celebrities such as Paris Hilton, the boxer Floyd Mayweather Jr., the rapper The Game, and DJ Khaled have all endorsed ICOs, helping raise the profile of digital currencies.

While retail investors have rushed into the new market, many people have warned about the potential dangers of the emerging space.

Belfort himself, who served 22 months in prison for securities fraud and money laundering in 2000, said recently that ICOs were “a huge gigantic scam that’s going to blow up in so many people’s faces” and that “it’s far worse than anything I was ever doing.”

The European Securities and Markets Watchdog on Monday said ICOs were “extremely risky and highly speculative investments” and “many of the coins or tokens … have no intrinsic value other than … to use them to access or use a service/product.” Investors risk “the total loss of your investment”, ESMA warned.

Despite similar warnings from other regulators, the cryptocurrency market has ballooned to almost $200 billion this year. Well-known coins such as bitcoin, Ethereum, and bitcoin cash account for 80% of the market by value, meaning a huge number of low-value coins are circulating. Most have thin trading volumes, making them ripe for pump-and-dump manipulation.

“Pump and dump” scams involve people artificially boosting the price of an asset before offloading it to unsuspecting investors at the higher price.

Scammers first organise coordinated buying of a particular coin on a set exchange at a set time. The wave of demand pushes up the price.

The “pumpers” then use social media, online discussion forums, and message boards to attract new buyers. They generally argue that the price spike is evidence of a sustained rally. The pumpers then offload their coins to the new buyers who come into the market at a higher price. In most cases, this coordinated “dump” depresses the price of the coins back to their pre-pump levels.

How a pump-and-dump scam is organised and executed. Business Insider/Screenshot/Telegram/Yobit

It’s unclear how frequently those involved in the pump-and-dump schemes profit from them, as there is no way to guarantee that any given pump will attract enough new buyers into the market.

Mati Greenspan, a senior market analyst at the trading platform eToro who covers the cryptocurrency markets, told Business Insider: “Pump-and-dump schemes are a real problem. Besides the fact that it is illegal and unethical, the results can be incredibly unpredictable.”

Regardless, such market manipulation would be illegal in most regulated markets whether or not the participants profited.

Ben Kingsley, a partner at the law firm Slaughter & May who specialises in financial regulation, told Business Insider: “If you’re organising people to say, ‘This is fantastic — I’m amazed everyone’s not piling into it,’ as a way to stimulate demand with a view to then selling into a rising market, that’s market manipulation 101.”

Yates of RPC said: “The sorts of coordinated pump-and-dump activities we are seeing on cryptocurrency markets would fall foul of numerous prohibitions were they carried out on stock markets — they are practically textbook examples of market manipulation and false trading, for example.”

Those involved in the manipulation often make little effort to hide their activities. The pumping of coins is regularly referred to in Telegram groups where they are organised.

One group, PumpKing Community, contained links to “Instructions for pump on Bittrex” as well as links to Facebook groups and Telegram channels where pumpers could go to attract new investors to the market.

Channels like these attract participants to the scam with promises of wealth and quick profits. The PumpKing guide said: “Our PUMP will consist of 4 main stages, and we strongly recommend that you divide your deposit into 3 parts in order to get the maximum profit.” 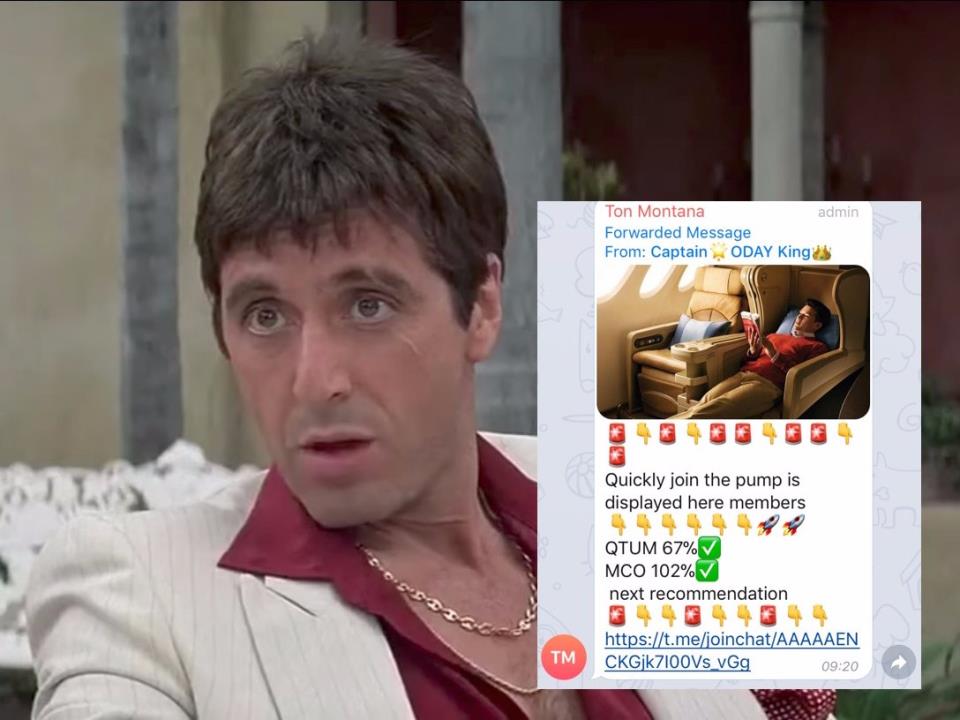 The admin of the PumpKing Community channel on Telegram goes by the name of Ton Montana, an apparent reference to the film “Scarface.” Screenshot/YouTube/Telegram

PumpKing Community is run by a Telegram user called Ton Montana, an apparent reference to the drug-lord character of the film “Scarface”.

Telegram is heavily encrypted, and users can hide behind aliases, meaning it is difficult to track those involved. Ton Montana did not respond to a Telegram message sent by Business Insider.

It is unclear how many people are involved in pump-and-dump scams, but groups coordinating them have thousands of members. PumpKing Community has more than 14,000 members.

Michael Jackson, a venture capitalist at Mangrove Capital who has studied the ICO market, told Business Insider: “I think it’s pretty common — not least because it’s a pretty natural thing to do. Many of the pump-and-dump guys probably don’t think there’s anything wrong and it is just natural PR.”

He added: “Of course, in many regulated environments, such activities end the perpetrator in jail pretty quick.”

Knowledge of the pump-and-dump problem appears to be an open secret among many cryptocurrency traders. Several have written blog posts warning traders and new cryptocurrency investors to be wary.

An India-based crypto trader named Abdul Qadir Faridi wrote in a blog post in July that people “profit from these pump & dump activity but by indirectly stealing some new group members money or money of the people buying it for higher price after seeing the surge in price.”

Brian Schuster wrote in a blog post: “Many users who bought at the peak (called bag holders) will often be left holding a cryptocurrency with declining value. These buyers are the true targets of these pump and dumps, the users who will pay 10x to the insiders for a cryptocurrency that is actually worthless. And once the price rises and falls, [it] will almost never return in value.”

‘Regulators will slowly move towards a solution’

Pump-and-dump schemes persist because cryptocurrency markets and exchanges are largely unregulated. Financial watchdogs around the world are only just getting to grips with initial coin offerings, with US and UK regulators cautioning investors on the risks of the market. China has banned both ICOs and exchanges. 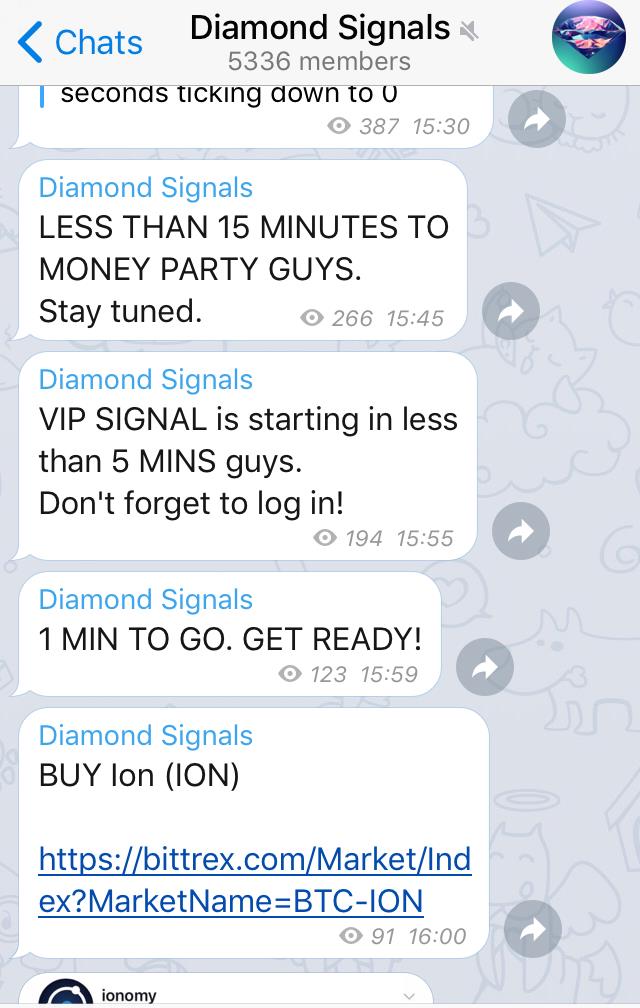 A Telegram group coordinating buying of a specific token at a specific time. Business Insider/Oscar Williams-Grut/Screenshot/Telegram

Kingsley of Slaughter & May said he thought regulators “ought to” take the same approach to policing these scams in the token-trading world as they do in relation to securities because “it creates the same harm.”

“It causes unwitting investors to suffer a loss, and it undermines the integrity of those markets,” he said.

“There is definitely some legitimate value-adding activity going on in the cryptocurrency and public coin offering space — not all of it is chancers and con artists. But the problem is when you have activity that either definitely is or might be of that nature, it undermines confidence.”

The chairman of the US Securities and Exchange Commission said earlier this month that he had “yet to see an ICO that doesn’t have a sufficient number of hallmarks of a security,” suggesting the watchdog is minded to regulate the space like the stock market.