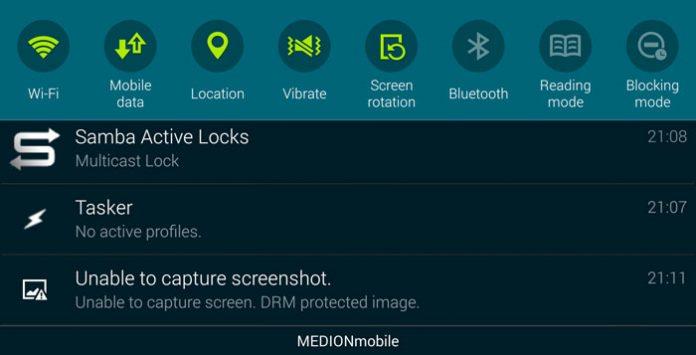 Digital rights management (DRM) is a copy protection technology that is widely used by hardware and software manufacturers, publishers and copyright holders. You can’t copy, record, capture content that are protected by DRM no matter video or image. Certain applications like Arvest bank, Netflix and even YouTube have DRM protection therefore you will get ‘Unable to capture screen, DRM protected image’ error when try to take screenshot. So how to fix it?

People tend to take photo, video on the Internet and share the picture out. And capture screenshot on mobile devices is as simple as ABC. Example, just press the Power + Home buttons at the same time to take screenshot on iPhone and iPad. And Volume Down + Power Buttons on Android devices. Or swiping on the screen to capture screen on Samsung Galaxy devices. However, you just can’t do so on these applications with DRM protection. No matter what you do, this error still shows up. That’s the DRM security feature of the applications have in order to prevent unauthorized users from stealing important information. Yes, no piracy on paid movie, video or leaking sensitive banking information.

Or the harder way – install DisableFlagSecure Xposed module (link). You need to have Xposed installer on your Android which means basically you are using custom ROM. Not everyone has it but you can take screenshot on native Android apps instead of web version. And it will disable FLAG_SECURE on system-wide therefore it is recommended not to leave the module activated all the time for security purpose because the warning is there for a reason. You won’t want to leak out any important info, right?

That’s it. Hopefully, this guide will help to solve unable to capture screen, DRM protected image error on Android now…