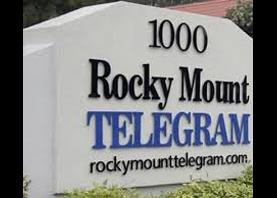 By the turn of the 20th century, Rocky Mount’s population was around 3,000. On February 28, 1907, with a population around 7,500, Rocky Mount was incorporated as a city. The 20th century brought a number of “firsts” to Rocky Mount – the first public school; one of the most modern hotels in the state, the Ricks Hotel; the first library; the establishment of the first daily newspaper, the Rocky Mount Evening Telegram; the first hospitals with services available to the public; and the YMCA.