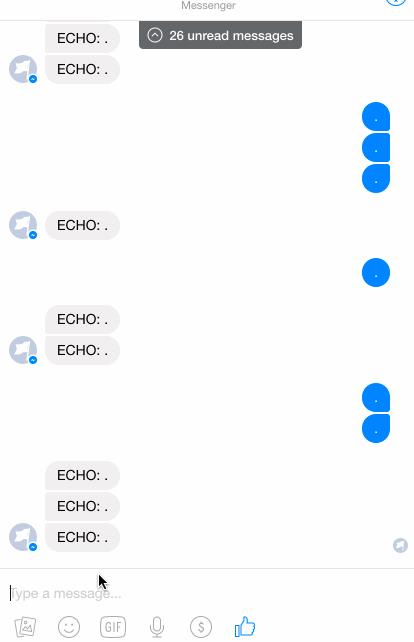 Microsoft recently released the bot framework to create bots for various messaging platforms such as Slack, Facebook, Telegram etc. It provides a unified interface for all of these platforms so you can reach your customers wherever they are.

From here on I will refer to Microsoft bot framework as MBF.

MBF expects you to implement a web API that receives a message and in response either replies with the message to send back to the messenger or just a 200 OK response if you want to send the message asynchronously later on.

Edit your mix.exs to include the dependencies

We also have to add ex_microsoftbot in the applications list as it internally uses HTTPotion which needs to be started.

Let’s create a controller EchoBot.MessagesController under web/controllers/messages_controller.ex. Let’s see the code it will contain and then I’ll explain it.

We call use MicrosoftBot.Phoenix.Controller which will add some functions in the controller to interpret messages from MBF. You have to implement the message_received/2 callback, which will be called when a message from MBF is received. You can return a map from it which will be sent back as JSON or if you don’t want to send back a message you can just call resp(conn, 200, "") to send back 200 OK.

Here we implement the message_received/2 and its second argument is of type ExMicrosoftBot.Models.Message containing all the information related to the message. We check the text of the message, if it is present we prepend ECHO: to it and send it back.

The third step is to add the route which will use the newly created controller.

Edit web/router.ex to add the route

The microsoftbot_routes will create a pipeline which will also validate the request coming in from MBF to see if it contains the correct credentials otherwise it will return 403 Forbidden.

Lastly just add the app_id and app_secret in the config config/prod.exs

As we will be deploying to Heroku so we will get the secrets from the environment variables.

That is all for creating a simple echo bot service.

You can deploy it to Heroku using the official Phoenix Heroku deployment guide.

If you are lazy or curious you can click the “Deploy to Heroku” button in the github project for the echo bot for easy deployment.

Go to Register bot and fill up the form to register your bot. Make sure your endpoint looks something like this https://YOUR_APP.herokuapp.com/api/messages. It should be https otherwise MBF does not send over the credentials and the bot service expects any incoming request to have Authorization header in the request with valid credentials. 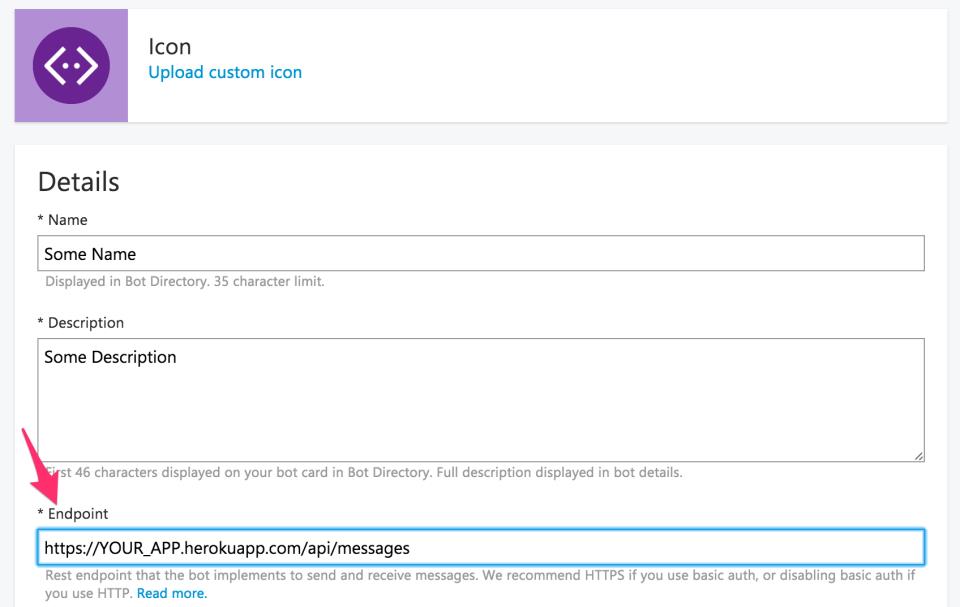 MBF provides a quick way to send messages to your bot and see its JSON response. Go to your MBF bot dashboard and then in Test connection to your bot write something and send it. You should see the response with the echoed text. 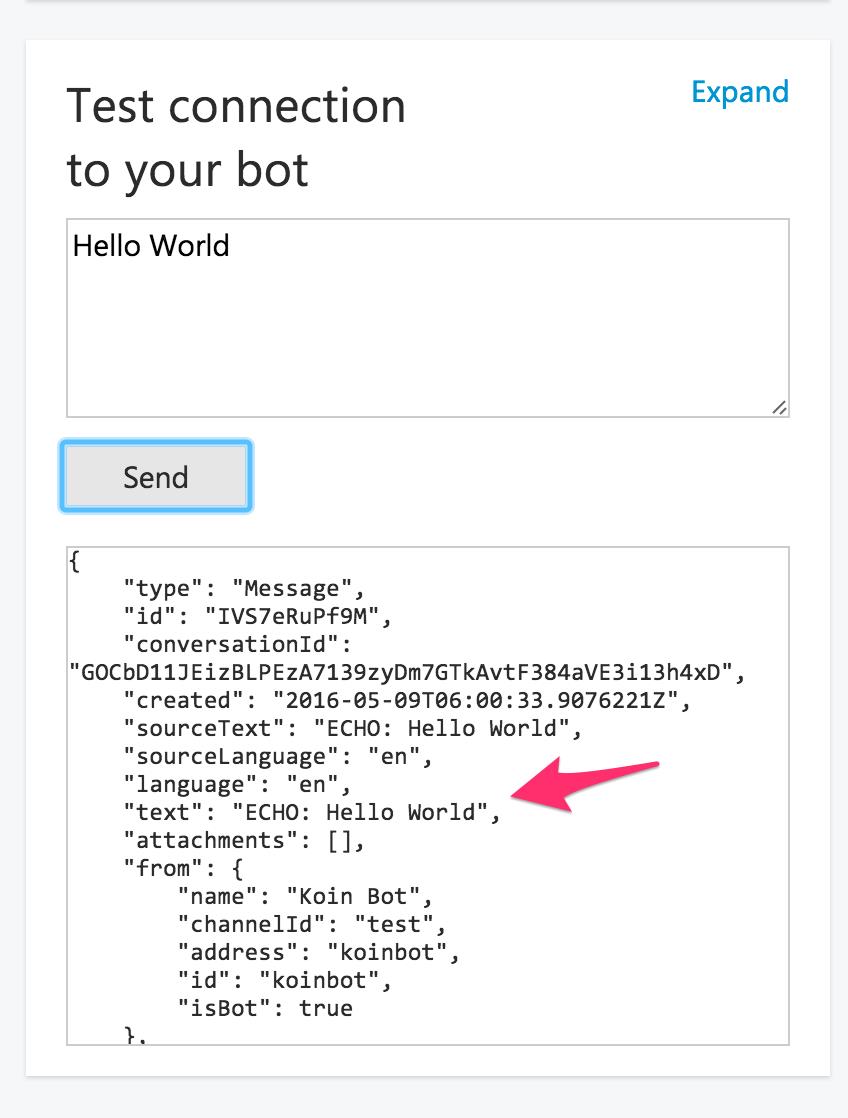 You have a complete echo bot running, sending messages to and from Facebook. You can add more channels to it if you want.

Currently our bot service returns back the reply we want to send back to user as part of the response, but if you have to do some computation e.g. getting weather and then send back the response , you can return 200 OK and later call the ExMicrosoftBot.Client.send_message/2 to send message back to the user. Let’s send a delayed message to user.

Change your controller as follows

Here if the user sends a message that starts with delayed we spawn a process that waits for 5 seconds and then calls the send_message/2 API with the message to send. The message contains to, from, replyMessageId and text fields.

In the next part of the tutorial we will use Wit.ai APIs using elixir_wit to create a bot that can chat using the chatting model created in Wit.