News about Drupal, Telegram and Youtube for this new appointment of BBH!

Drupal, Telegram API and YouTube for this new appointment of BBH. By Enrico Sato.

The testing for the first release candidate is concluded and now the drupal community published the first minor release of Drupal 8.1.0 version.

See all details at drupal.org

To update from 8.0.6 to 8.1.0 use the update procedure (it is the same as updating from 8.0.5 to 8.0.6). Drupal community recommends to test the update carefully before updating your production site.

A drupal distribution for publishers: Thunder

Media group Huber Burda Media released its Drupal 8 distribution, Thunder, that includes contrib and custom modules selected for publisher’s world. This distribution is born thanks to a strong collaboration between publishers and developers and the final product shows a particularly care to UX that soothes the publisher’s workflow. And, last but not least, it is built on Drupal 8!

One year after the the first release of its Bot Platform, Telegram announces new tools for it: Bot Platform 2.0

Today we are giving bot developers a whole new dimension with Bots 2.0: inline keyboards, callback and URL buttons, location permissions and on-the-fly message editing. The new bots can also generate any type of content for you to share with friends, including documents, MP3s, videos, stickers, animations and contacts.

Telegram have already released some Bot’s example to try out the new capabilities:

(you must update your app to the last version).

But, if you are not a coder and you would like to test the potential of Telegram’s Bot, you can start with Chatfuel and the possible integration with Zapier. 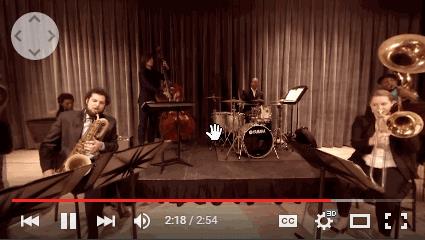 After the launch of support for 360 degrees videos, Youtube makes another step towards virtual reality: now its platform allows for streaming with 360 degree technology and spacial audio effects

Just as watching a concert in 360 degrees can give you an unmatched immersive experience, spatial audio allows you to listen along as you do in real life, where depth, distance and intensity all play a role.

The BBH (Brown bag happy-hour) it’s a SparkFabrik regular activity where we share discoveries and techniques with each other and discuss the last two week tech and innovation world novelties.