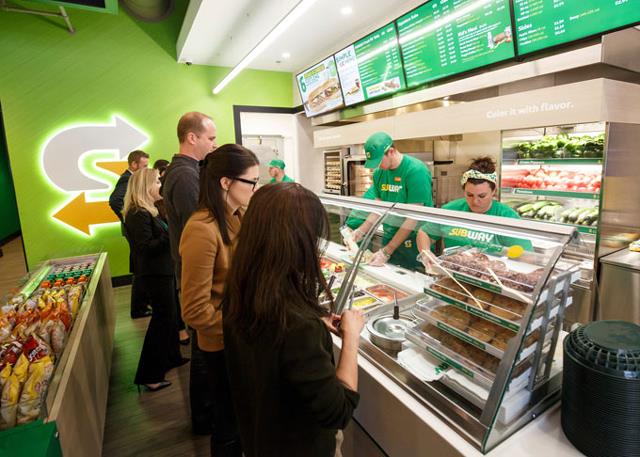 Subway has been updating its look and feel in a redesign that was actually revealed last year. Now one of the world’s biggest fast-food eateries is rolling out globally its new look and feel to keep pace with a business that is changing incredibly quickly.

On Monday the chain of 45,000 Subway outlets formally adopts its most extensive brand refresh and customer experience to date, which it’s calling its Fresh Forward design. 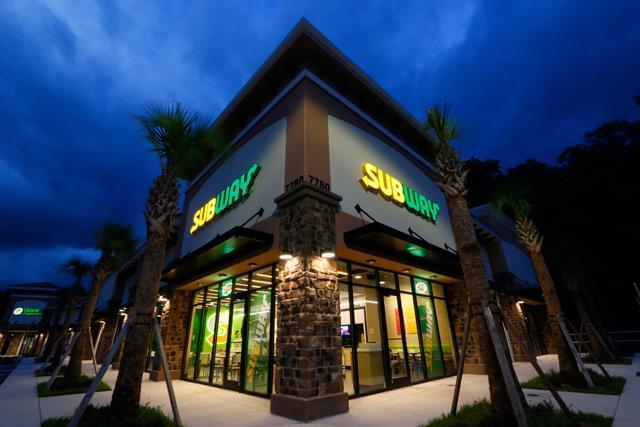 “We’ve created a modern design that gives our guests choices—from how they order, to how they pick up their food, to how they enjoy their meal,” stated Trevor Haynes, Vice President of Operations at Subway. “The reactions from our guests, our franchisees and the Sandwich Artists has been incredibly positive.” 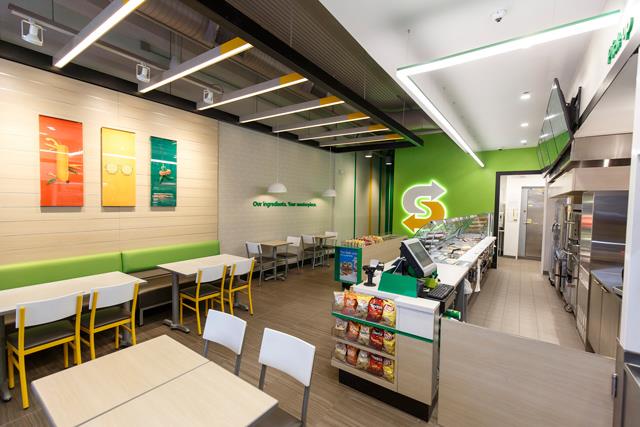 It includes new store design and signage, a new logo and packaging, new digital ordering methods, new merchandising in-store, Subway-curated music, Coca-Cola Freestyle  machines, the addition of pico de gallo and house-made pickles to the menu, and even the use of energy-efficient LED lighting and recycled content in its wall coverings. (Whew!) 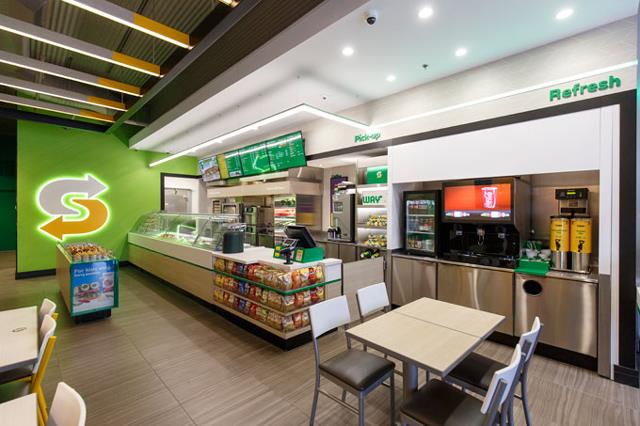 “We stepped back about two years ago and recognized that we needed to evolve the brand and really transform it across so many platforms to adapt to where consumer needs had moved to,” Chris Carroll, Subway’s chief advertising officer, told QSR Magazine about the exhaustive list of changes.

The new identity is being touted, among other places, at youth-magnets like music festivals. Among other things, Subway was eager to distance itself from its longstanding association with Jared Fogle, who now is in jail, and also from the perception that its pioneering identification with fresh and natural ingredients had been taken over by other chains that had done Subway one better, such as Chipotle.

Subway began it exhaustive rebranding effort a couple of years ago and is only part way through. What it has produced so far includes a new logo (as contrasted above by Brand New/Under Consideration) and what the chain calls an “S” Choice Mark. It’s displayed at the order point of the restaurant, a vibrant “S” designed with a new arrow-curved logo.

As its press release states, customers will start seeing a new “iconic logotype, new symbol called the Choice Mark and optimized color palette that is brought to life through bright and bold new imagery, new packaging, uniforms and signage, which started rolling out this spring in North America. Many elements of the new brand identity will be worldwide by the end of 2017.”

Subway already is operating 12 revamped restaurants around the US, Canada and the UK with 80 more in development. The reimaged stores boast a new decor package that will be showcased in every new US location. It includes new floor coverings, a new seating scheme, USB charging ports and that new Subway music. Technology-wise, Subway is experimenting with kiosks and with digital menus. 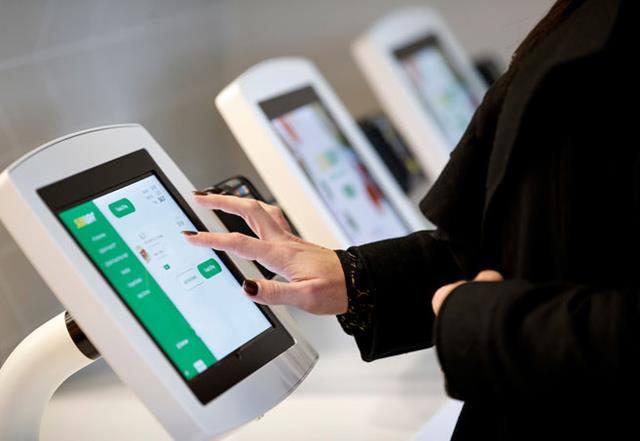 Interestingly, Carroll told the publication that one of the chain’s most effective new moves has to do with simply installing a fresh vegetable display case behind the sandwich line. Many consumers had no idea that such vegetables actually ended up being chopped up and put in the sandwiches they were ordering. 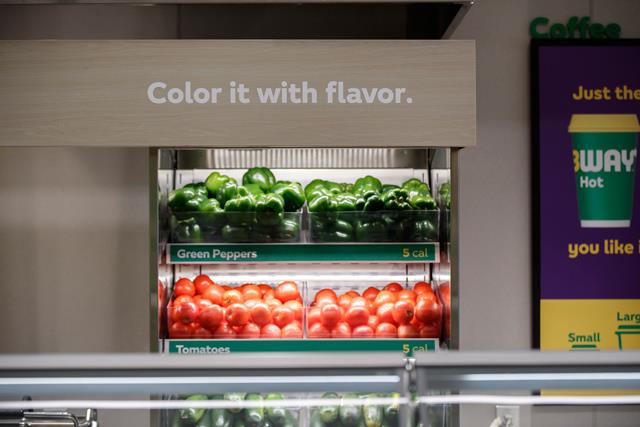 “It was amazing how many people didn’t realize we were doing that,” Carroll said. “So not only does that become a benefit in the restaurant, but it also affects the way we develop content. [Don’t] assume that just because you show the fresh spinning onion splashing under water that consumers make an automatic connection to the fact that you’re prepping them right in the restaurant.”