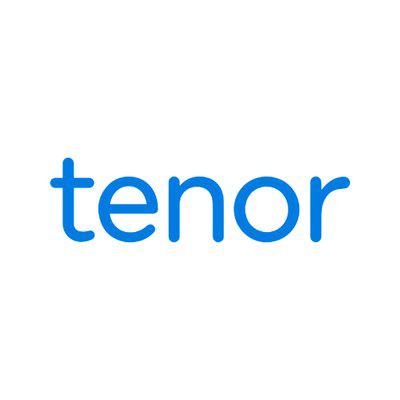 Tenor, the largest and fastest-growing mobile GIF-sharing platform, has introduced Tenor Insights, a tool aimed at marketers that provides real-time data on how people are expressing emotion using GIFs in mobile messaging.

Powered by the Tenor Emotional Graph—constructed with data from more than 200 million daily Tenor searches—the tool maps tens of thousands of thoughts and feelings to millions of short video clips. Creating a new ecosystem fueled by real-time mobile messaging, Tenor’s aim is to boost engagement for marketers and consumers by pairing brand messages with branded GIFs.

Coffee GIF searches might be dominant in the mornings, but Tea GIFs lead the rest of the day. #nationalteaday #analytics #dataviz pic.twitter.com/EQN6ElMtmd

Tenor Insights offers a lens on real-time emotions and trending topics via visual mobile messaging. “Every day millions of people use GIFs as a way to communicate how they’re feeling. Up to this point, their potential as a marketing tool has gone untapped — because the value is not in the GIF itself but in understanding how people use this medium to express themselves in mobile messages,” Chief Business Officer Jason Krebs stated. “With Tenor Insights, we’re providing unprecedented insight into consumer intent and offering marketing adjacency never before possible.”

Tenor Insights features include: • Top emotions people express in mobile messages using GIFs, including a view into how that varies by time of day or day of the week or is impacted by an event • Trending Tenor search terms, representing a view into the intersection of pop culture and emotional expression • Tenor Emotional Graph connections, creating an understanding of how different feelings are related and providing insight into GIF search behavior. 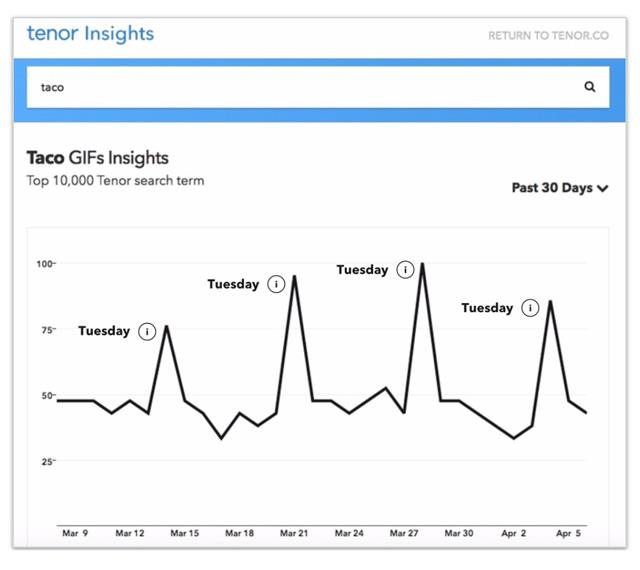 An example of marketing adjacency. Tenor Pulse offers a weekly round-up of ‘GIFs that got us,’ such as this from the week of March 3rd: “Celebrating Seuss. Dr. Seuss’ birthday was this week, and the master of rhyme would have been 113 years old!” Tenor users paid homage to this timeless genius, with Dr. Seuss dominating our Trending Tenor Searches dashboard for more than 24 hours—and searches up 445% over a typical day. The emotions people communicate using Seuss GIFs? Hungry, Sneer, Yes, Dreamy, Trippy.”

On April Fool’s Day, its blog stated: “At Tenor, we love looking at the universal emotions that everyone can relate to. And everyone LOLs. Tenor GIF searches for “lol” are consistently in the top 10 beating out terms like happy and excited. Because GIFs say it better! In preparation for Prankmaggedon 2017, we give you the top LOL GIFs that Tenor users turn to express their kicks.”

In another campaign, Tenor and Warner Bros. partnered on a pilot program to drive more than 110 million views of LEGO Batman GIFs leading up to an immediately following the movie’s theatrical opening, mapping GIFs to search terms including “high five,” “whoa,” “let’s go,” “smirk,” “shrug,” “flirty” and “no.”

“Tenor has focused on mobile communications since day one, giving Tenor an unmatched dataset that enables us to understand shared sentiment, day in and day out as well as around big cultural events,” stated David McIntosh, co-founder and CEO of Tenor. “With Tenor Insights, we’re making it easy for marketers to explore the Emotional Graph and better connect with consumers around a new dimension – emotion.”

“People are searching for thoughts and feelings and emotions which is a different data set than for example what Google has built,” McIntosh told us. “We’re in the business of understanding what people want to share with these terms and help consumers express better with emotions than text, visualizing thoughts.”

“There are 220 million search requests from users every day coming to Tenor searching for these emotions. Taking branded content and matching it against emotions is working. As an example, FOX has taken nearly three years to embrace GIFs, but working with Liam Neeson, launched a hashtag for Taken 3 which people clicked on but it wasn’t a big success. Then, they took GIFs from the movie of a fight scene with Liam and attached it to the search… and it worked.”

“A key learning point opportunity is to match people’s thoughts, feelings and emotions to branded content in a super-native way as people want to share this kind of content for the good of the brand and for the good of people on Tenor searching for these emotions. Tenor focuses on conversation and emotion, not GIFs per se. Emotionally-charged ads work as they are deeply interpersonal, precise and a call-to-arms.”

Expanding its availability even further, Tenor’s latest partnerships include Facebook Messenger and Zynga: