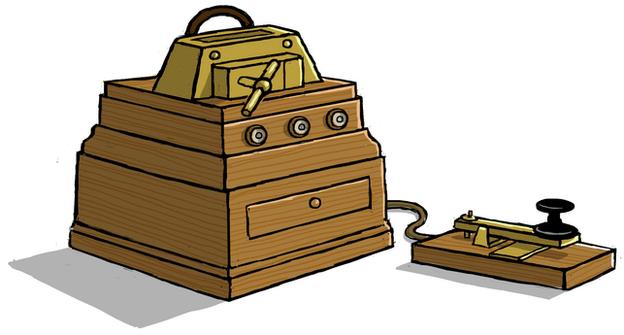 Telegrams were sent by a telegraph machine. They were a fast way to send important news for people without telephones.

A telegraph operator tapped the message out in code using a machine called a Morse key. The message travelled to another operator who decoded the long and short taps into words, and then passed the message on. This was called a telegram.

Telegrams cost 6d (about 2p) for every nine words, and a penny for each extra word after that, so messages were short and unimportant words were left out.

The messages looked quite odd and every sentence ended with the word “stop”. They were then either written by hand or printed in capital letters. 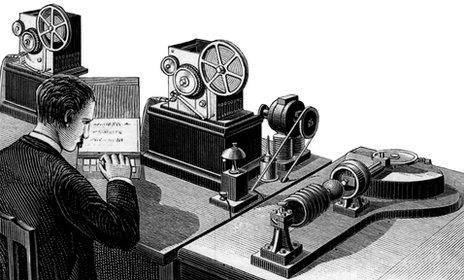 When a telegram was ready, it was placed in an envelope, addressed and handed to a uniformed delivery boy.

Girls were also allowed to deliver telegrams during the war. They wore a Post Office uniform with a belt and a leather bag for telegrams. On their jacket was a metal badge with a number.

The telegram that ended the war 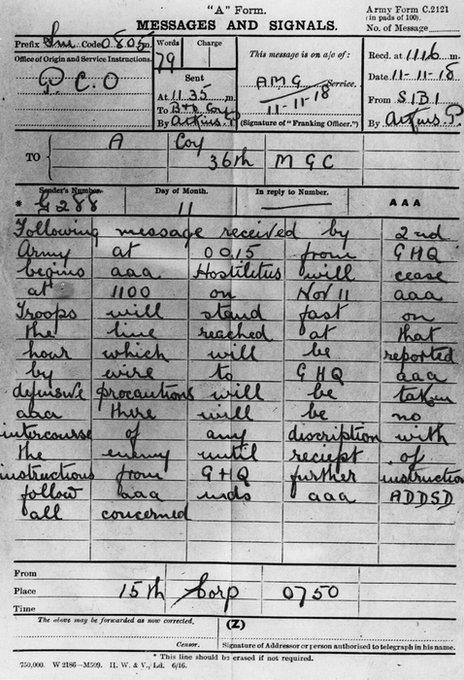 One of the most important telegrams ever sent: this telegram was sent to soldiers on the front line on 11 November 1918 to tell them the war was over.

World War One brought a large increase in telegraph traffic. During 1915, 91 million messages were handled in the United Kingdom.

The delivery boys and girls cycled very fast to the address on the envelope and waited in case the person getting the message wanted to reply.

Sometimes, the envelope had a special mark and the delivery boy or girl knew not to wait because it was bad news and there would be no reply.

During the war, people were very nervous when a telegram arrived. When an soldier in the army had been wounded, was missing or had been killed, his family got the news in a telegram.

For other soldiers, a letter was sent.

Teachers’ notes and classroom ideas looking at communication 100 years ago.