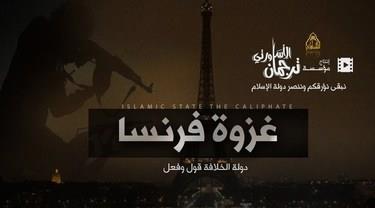 The popular security expert Scot Terban (aka @krypt3ia ) discovered a few hours after the Paris attacks, a new ISIS propaganda hub appeared on the Darknet.

The Paris attacks shocked the world, the war is overwhelmingly coming into our homes and the intelligence experts fear that this is just the beginning. The ISIS knows how to spread his message, none in the past was able to organize a so effective propaganda. Each media is masterfully handled by terrorists, social networks, instant messaging apps, gaming platforms and forums hidden in the darknet.

The Isis is gaining a lot of power in the last years, for the first time  a terrorist organization has resources and capabilities to proclaim itself a State.

The Paris attacks have raised the level of attention on the organizations that could have supported the terrorist operations from the inside. What are the channels used by terrorists to communicate and what technologies they used? Many intelligence experts point to the revelations of Snowden as an element that has greatly benefited the terrorists to escape the control exercised by the police.  Terrorists are aware that intelligence agencies are carefully monitoring telecom communications, emails, instant messaging apps and much more.

That’s why groups like the ISIS are looking for new channels to reach wider audiences, such as the gaming consoles and the Dark Web, two environments where it is necessary a significant effort to track and identify the source of the messages. 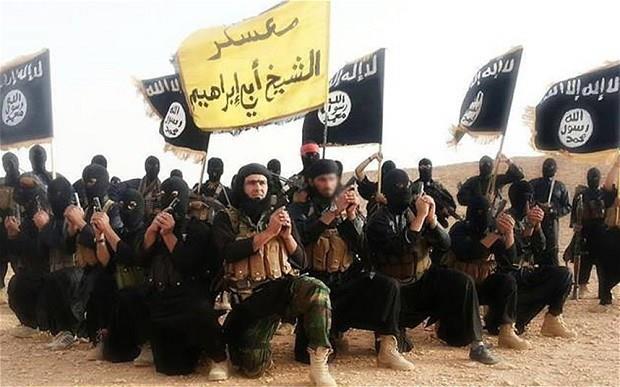 A few hours after the cruel Paris attack, Daesh (al-dowla al-islaamiyya fii-il-i’raaq wa-ash-shaam, a.k.a. ISIS/ISIL) launched his propaganda on the Dark Web.

The website contains translations in English, Turkish, and Russian from the recent statement issued by Daesh claiming credit for the Paris attacks.

The new propaganda center was discovered by the popular researcher Scot Terban (aka krypt3ia ), who reported it to the colleagues at Salted HASH.

The expert noticed a post that explained the need to create a new hub for propaganda, this is the response to the numerous operations against other websites used by the ISIS that were seized by law enforcement or targeted by hacktivists online. The terrorists decided to move on the Darknet to make the Daesh more resilient to take over attempts.

“Terban came across the new Al-Hayat hub while performing jihadi research over the weekend.” states Salted HASH. “In a post on the Shamikh forum (a known jihadi bulletin board), someone posted the new address and instructions for reaching it.”

The new website includes a collection of propaganda video and images produced by Al-Hayat Media Center, the media division of Daesh. It is known to the intelligence because it is used to spread content glorifying the jihad against the infidel West, including poems for mujahids and songs (Nasheeds).

In the past, Daesh already had propaganda and recruitment hubs on the Darknet, but as explained by the expert it is the first time ever it published proof of those claims.

Terban has mirrored the website and its files, the intention of the expert is to analyze them and publish more details in the coming days. The site is a mine of information , it includes data from various sources, including standard bulletin boards used by the ISIS terrorists.

“The site mirrors many of the other standard bulletin boards that the jihadi’s have had over the years replete with videos and sections in all languages. Given that this site has popped up today in the Darknet just post the attacks in Paris, one has to assume that an all out media blitz is spinning up by Al-Hayat to capitalize on the situation,” Terban wrote.

The new Daesh hub demonstrates that even if the ISIS is aware of the Internet surveillance of western government, it considers the use of technology as strategical.

The Dark Web is a privileged environment for cyber criminals and state-sponsored hackers due to the anonymity offered by its services. The Dark Web is difficult to monitor for intelligence agencies and it is not so easy to locate members of terrorist organizations like the ISIS that share propaganda content. In the principal black markets hosted on the deep web it is possible to purchase any kind of illegal product and service, but in the dark part of the web it is possible to find propaganda videos and images. Hidden services in the Deep Web also offer the possibility to download the mobile apps used by the jihadists to communicate securely and to transfer Bitcoins to terrorist cells in every place of the world.

The new Daesh hub also suggests ISIS sympathizer the use of Telegram, a secret encrypted messaging platform that is largely adopted by terrorists.

Telegram is “A Secret Chat is a one-on-one chat wherein all messages are encrypted with a key held only by the chat’s participants.” It is an essential tool for all the individuals that need to protect their communication from prying eyes.

Telegram’s Channels used by the terrorists allow them to reach tens of thousand followers instantly.