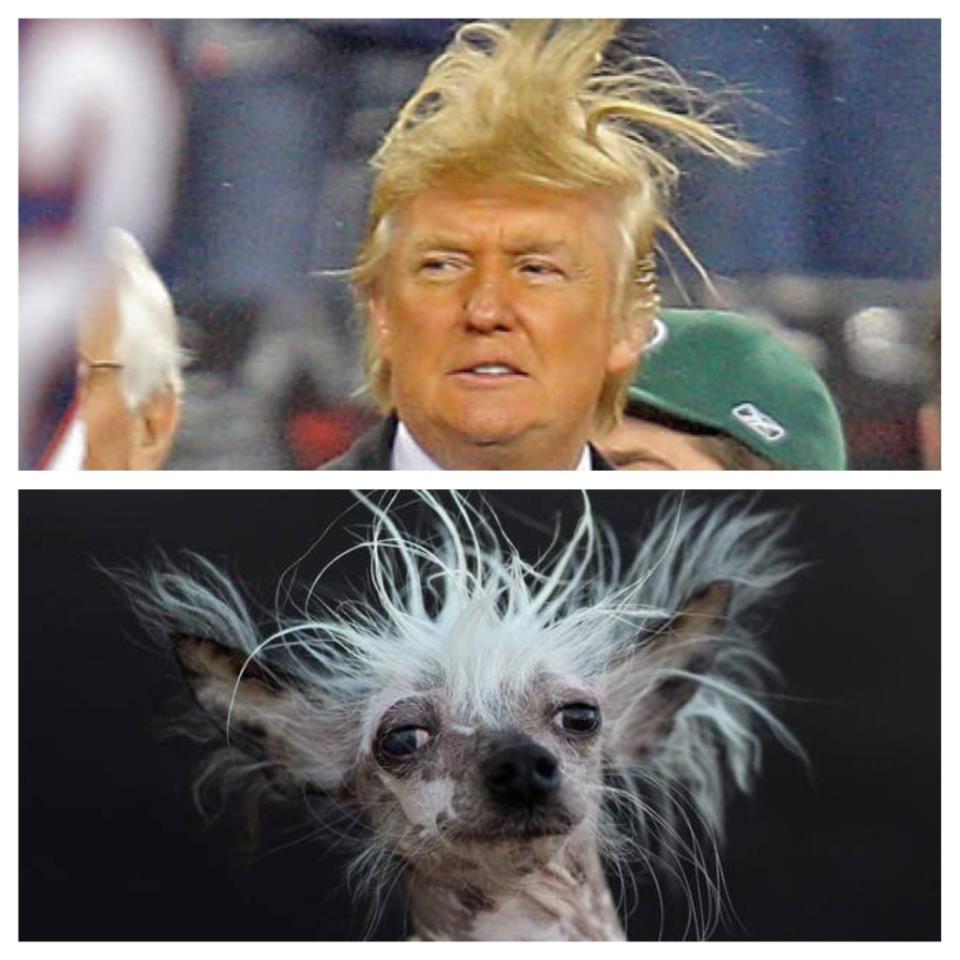 Those of you who watched the second GOP debate on Wednesday, September 16th might have heard the mindless barking and snarling and thought you accidentally tuned into a dog show. Each canine candidate was preened and presented their best selves at the GOP debate, yet all that seemed to come from their muzzles was loud, nonsensical yapping. Below you will find a complete Republican-to-dog matchup guide, along with a summary of these brilliant presidential hopefuls.

Trump’s equivalent is this unidentified evil little dog with horrible hair. You know what they say, if you can’t control your hair you can’t control a country. Look dead into this dog’s eyes and you can tell that he is an egomaniac just like Trump. You know he just got done bathing in a tub of $100 bills and freshly spilt immigrant tears. This dog, like Trump, goes for the jugular of anyone who threatens his fragile masculinity and will not hesitate to call you “fat pig”, “ugly” or “bleeding out of your wherever.” 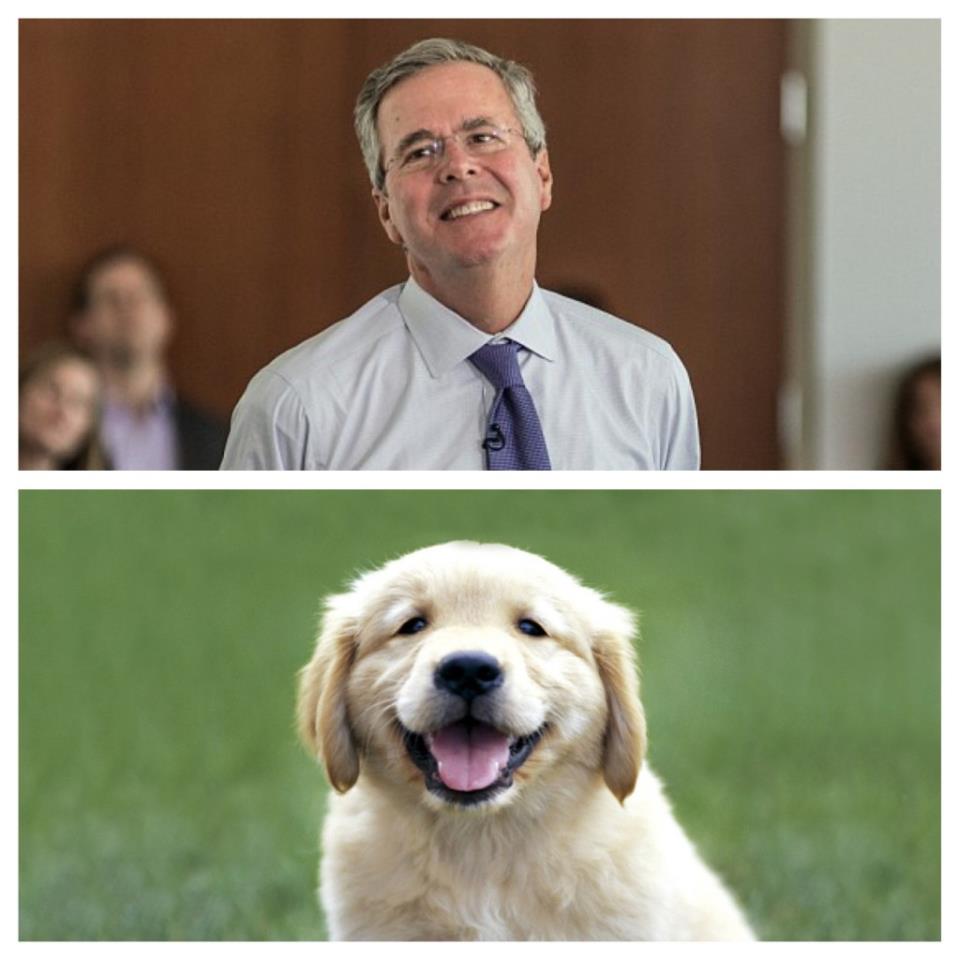 Jeb Bush is an all American golden retriever puppy. He has presidential blood, yet he can’t seem to do or say anything that’s not completely underwhelming, bland, and vanilla. Constantly lives in the shadow of his dad and brother, he’s a grown man with a baby face that makes you audibly say “awww” whenever he tries to compete with the big dogs at the debates. You just want to ruffle his golden fur and say, “it’s ok, boy! maybe you just weren’t meant for politics!” 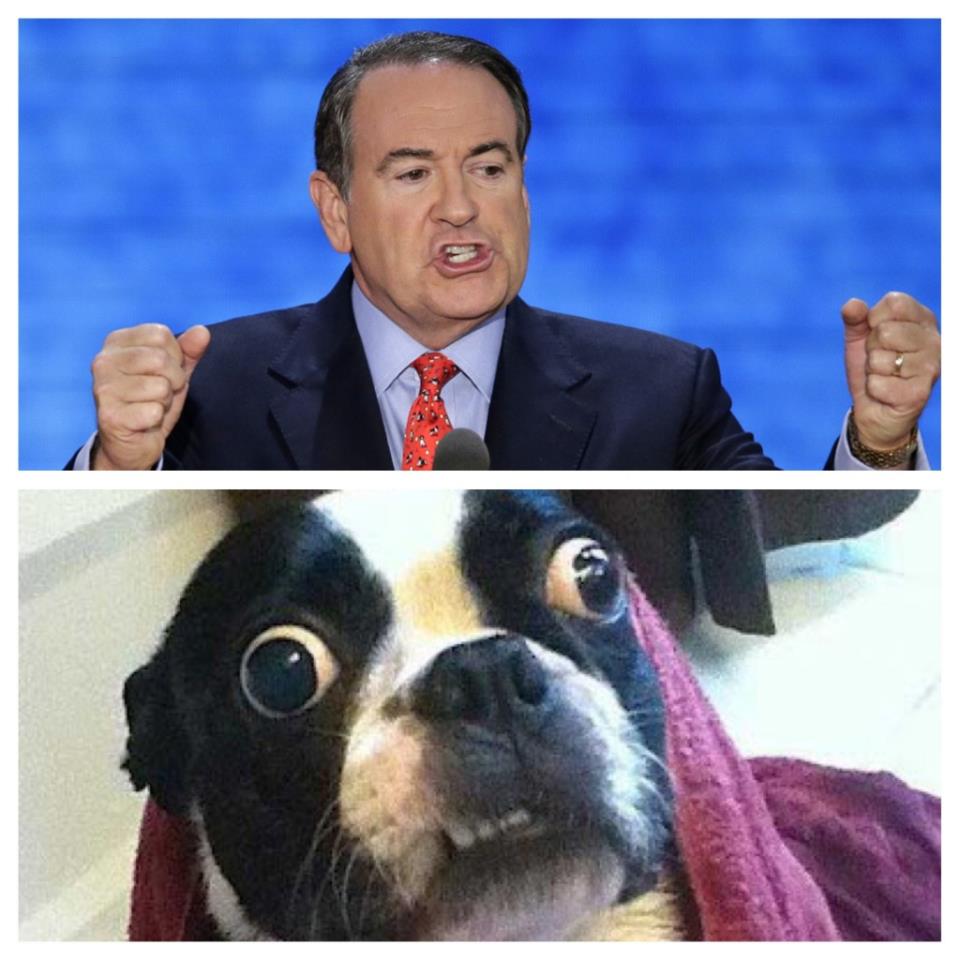 Not only does Mike Huckabee resemble a Boston Terrier (eerily so), he was also paired with this dog breed because his values and ideas are totally TERRORIZING. Huckabee is a former Baptist pastor. He wrote a book called God, Guns, Grits, and Gravy 100% un-ironically. According to a puppy website, “Playing games and chasing balls are (frequently) two of a Boston terrier’s passions.” One has to wonder, especially after his rally for clerk Kim Davis, if Huckabee’s open distaste for homosexuals comes from his own repressed desire to *ahem* chase balls and play games with other male dogs? 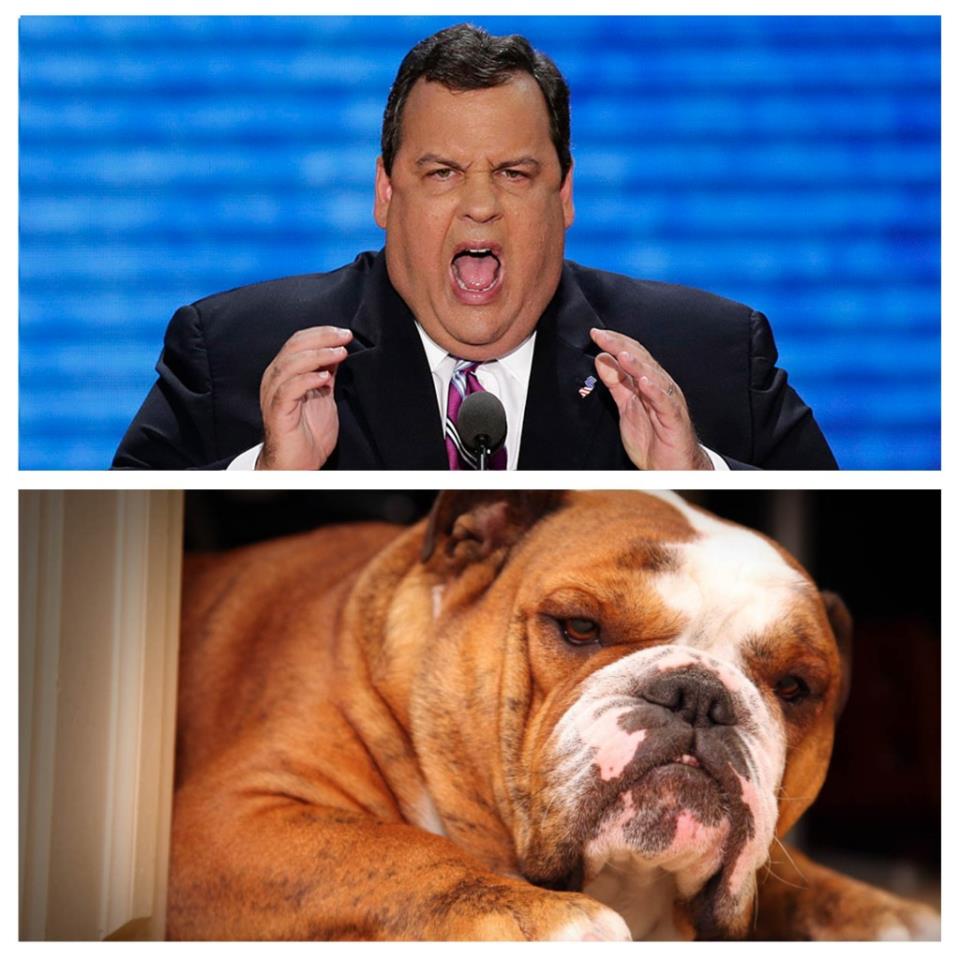 Christie sits around, eats, and growls orders at people like a chronically-hungry French bulldog. Christie is extremely proud of himself for someone who is Governor of “the New Jersey of the United States.” When asked at the debate which woman he thought should be on the $10 bill he replied “Abigail Adams.” Basically because he thought John Adams was a real cool guy, so maybe his wife was ok to slap on a bill. Thinking of a woman unrelated to a male president who actually accomplished things of her own proved too difficult for this bulldog. 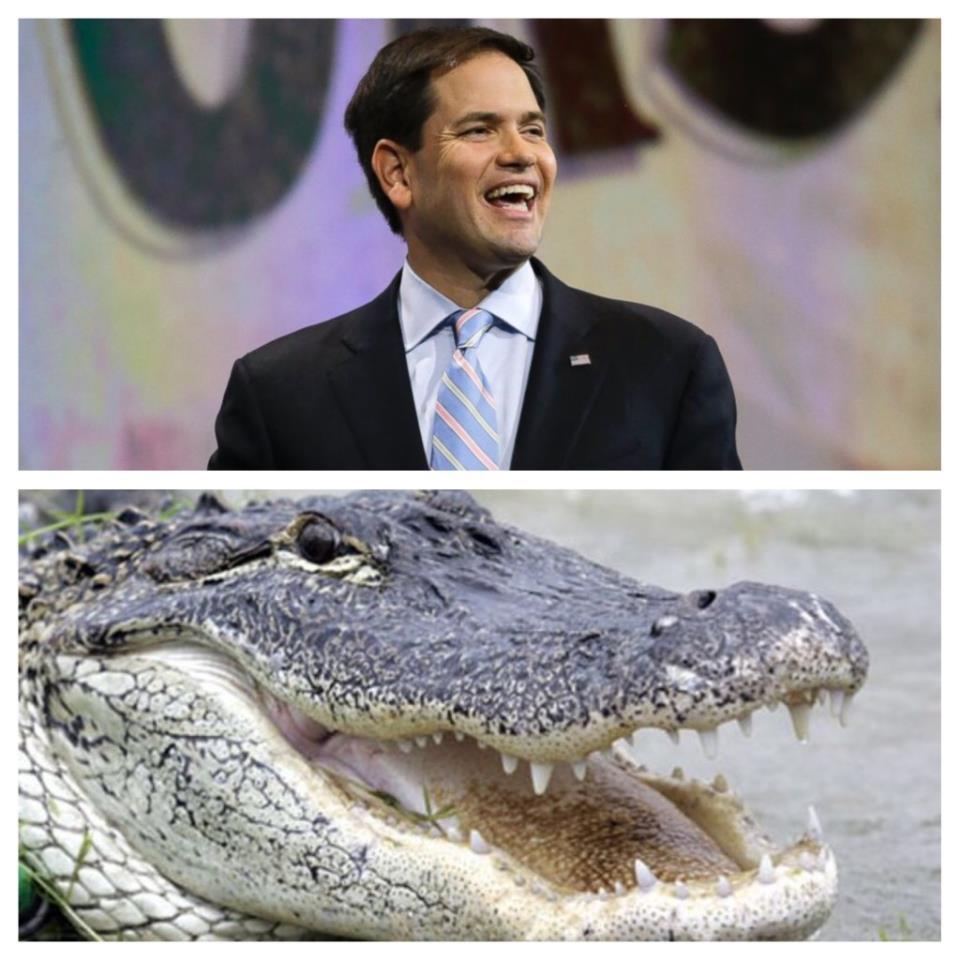 Alligators are like the dogs of Florida, right? For those of you who don’t know, Marco Rubio went to the University of Florida and is very, very proud of himself for it. Last week he had the bright idea of calling Florida State the “school that people who can’t get into Florida go to.” It’s always a good political move to alienate the students and fans of one of the biggest universities in the state where you’re a senator. Nice job, Rubio. Furthermore, when asked at the last debate what he would want his secret agent name to be he said, “Gator.” So here you go, Rubio, The Black Sheep is fulfilling your wildest dreams. 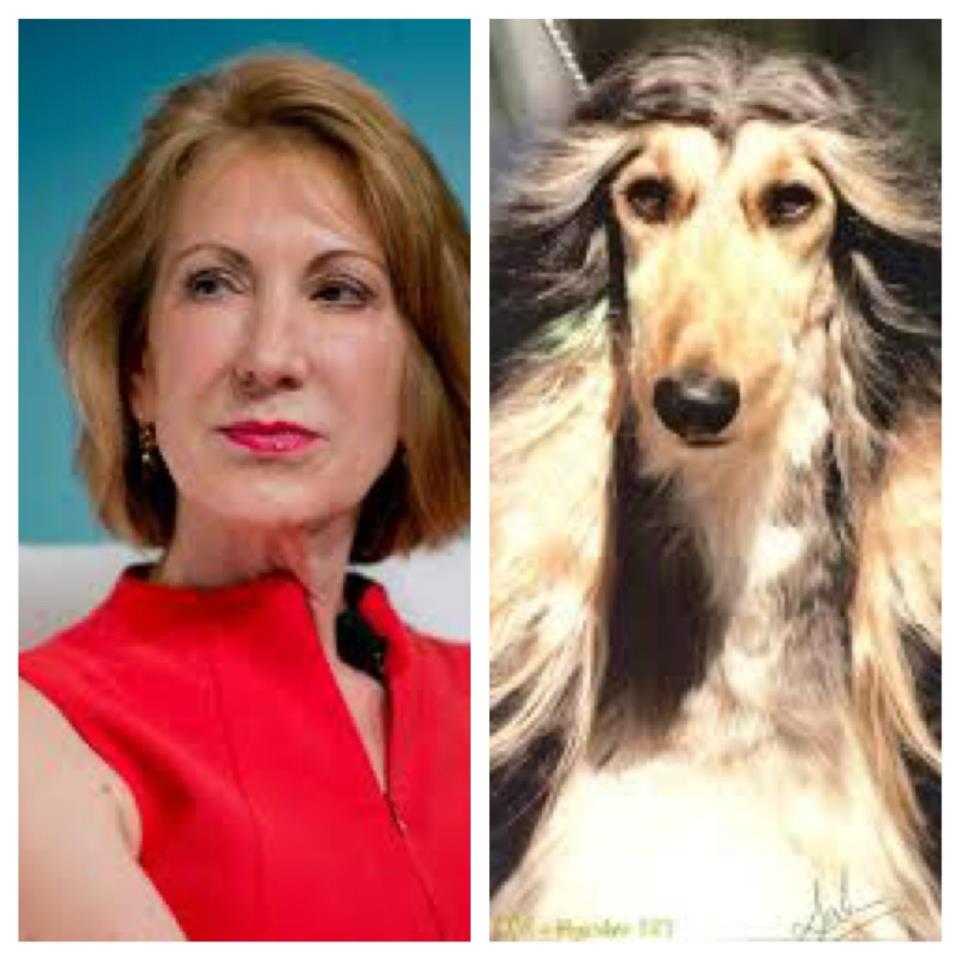 Carly Fiorina has the same intent and judgey eyes as this Afghan hound. Another thing that her and this dog have in common is constantly being called by their first name, even during formal political debates. “Carly” was continually cut off at the debate on Thursday using her first name and she, much like this dog, looked rather unimpressed. Donald Trump tried to nip at her heels by asking America, “Can you imagine that, the face of our next president?” but Fiorina authoritatively put him in his place. As former top dog at Hewlett-Packard, Fiorina is not accustomed to taking commands from anyone. Which is good, because as the only female candidate in the GOP race, she will need an iron will and a lot of confidence to become the alpha dog of the United States.