Snapchat’s snazzy new glasses are getting snatched up in a snap — causing prices for the camera-equipped eyewear to skyrocket.

On Thursday Snapchat made a surprise debut of its Spectacles by rolling out a yellow, smiling vending machine strapped with balloons in  Los Angeles that dispenses the limited-edition glasses for $130.

Video of the flash sale in Venice Beach shows a long line of people snaking from the beachside vending machine. The stock of glass quickly sold out, and some enterprising customers are now selling them online for a profit. 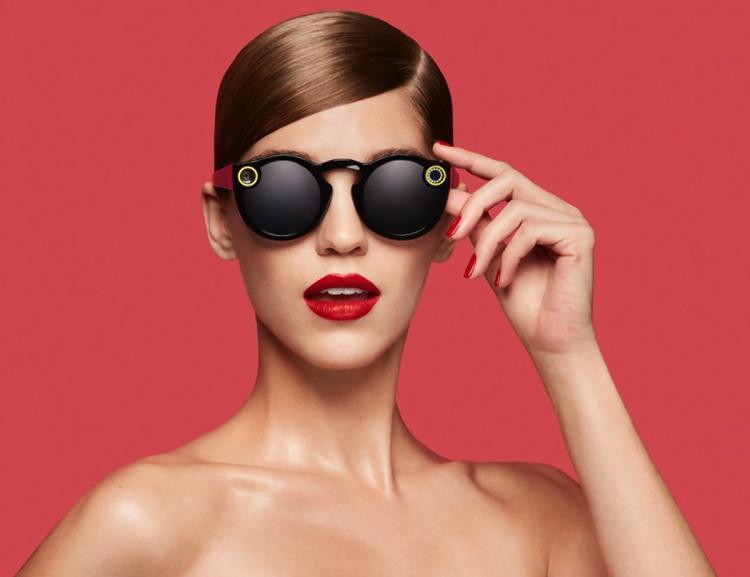 The Snapchat Spectacles come in coral, teal and black and are fashioned with a camera that shoots circular videos from the perspective of the users. They’re now going for anywhere between $600 and $1,000 on Ebay.

Fla. teacher has sex with student after getting him drunk: cops

New owners of the Spectacles uploaded their circular videos on social media, sharing their new view of the world.

Here’s what @Spectacles video looks like on your camera roll.. although in Snapchat it’s even cooler as it really comes alive. ? #spectacles pic.twitter.com/8V0KOCcbkt

“Here’s what Spectacles video looks like on your camera roll … although in Snapchat it’s even cooler as it really comes alive,” cameraman Johnny Martin wrote on Twitter.

The pop-up Snapchat machines are expected to appear in other cities throughout the country, according to Bloomberg Technology.

The machines are designed to be interactive. The cyclops eye on the machine wakes up and opens when a prospective customer’s walks by. A swipe of a credit card dispenses the glasses through the machine’s one eye.

The secretive Spectacles rollout has been kept under wraps by Snap, Inc.. The next Snapbot location will be posted on Spectacles.com 24 hours before the vending machine magically appears, according to Bloomberg.