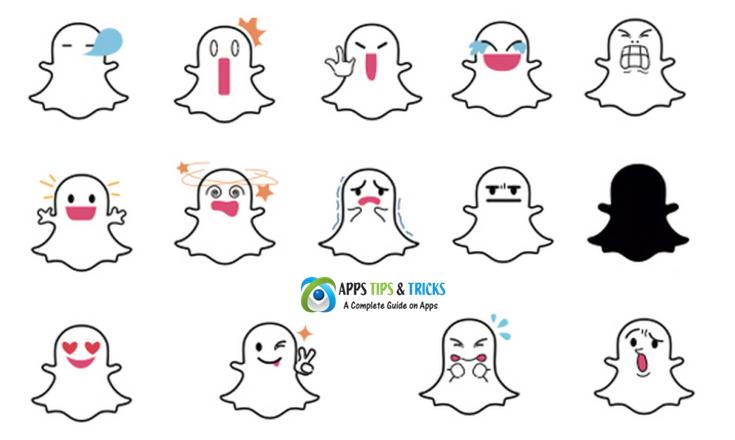 Snapchat has taken the world by storm, a new and improved way of sending instant picture messaging and ephemeral messaging application which is highly popular among young people. Snapchat has been growing rapidly, primarily due to its unique features, it has reportedly had 310 million monthly active users making it one of the most popular social media platforms in the word. There is one feature that makes Snapchat different from other messaging and photo sharing apps is that the messages or snaps disappear from the recipient’s phone after a few seconds or within the time frame set by the sender. Other features which makes Snapchat different from its competitors are its Geofilters, Trophies and selfie filters which adds extra fun for its users. The recent Snapchat update (January 2016) was the addition of the White Snapchat Ghosts beside friends on the friends list. This has continue to be a topic of discussion for many Snapchat users and we created this post to specifically highlight these Snapchat White Ghosts and their meanings.

Like most other messaging apps, Snapchat provides users different ways to add their friends on Snapchat and start snapping. You can add friends by Phone’s Address Book, Username, Add Nearby, Profile Link and by scanning Snapcode.

Unlike Snapchat Emojis, these ghosts will frequently change and they are just random. At this moment, we cannot manually select or change the type of white ghosts to show up when your friends see it on their list.

These are automatically generated and in most cases when someone you do not know adds you on Snapchat you will either see a Snapchat Selfie Ghost or a White Ghost with a funny face. Now check out what Selfie Ghosts or White Ghosts are displaying beside your friends name.

How to See Snapchat Ghosts?

To see the Snapchat Ghosts, follow the below steps; 1. Open Snapchat as you normally do. 2. Click on the “Ghost” icon at the top of the camera or screen. 3. Tap on “Added Me.” 4. You will now see different Snapchat Ghosts beside your friends. 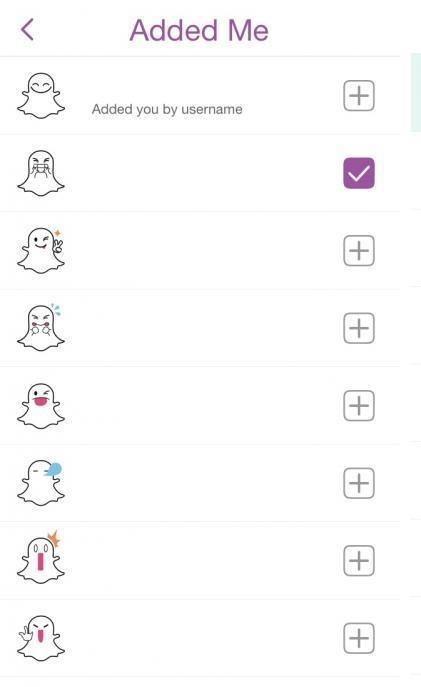 Snapchat seems to always try to gamify its app by adding certain features like Snapchat Scores, Emojis, Trophies and now Ghosts without providing a complete explanation about these.

New Snapchat updates and features always brings some confusion among the Snapchatters, and turns them to flock to social networking sites and forums looking for explanation. In this post, we will try to list all the Snapchat Ghosts or Snapchat White Ghost and their meanings (Possible).

To be honest, we really don’t know yet, because Snapchat hasn’t released any official statements regarding these White Snapchat Ghosts. As mentioned earlier these Ghosts are all random.

According to some, these Ghosts tells how the person snaps you or how you added them. We have done some extensive research and these are the different Snapchat Ghosts and their POSSIBLE meanings we could gathered for Snapchatters.

What Do the Different Snapchat Ghosts Mean?

Below is the list of Snapchat White Ghosts and their meanings:

1. Smiling Face With Heart-Shaped Eyes: This is an expression of love, the person who snaps you might have love you or like you. He/she could be your BFF or BF or GF. Or it could also mean that, the person always love to receive or reply to your Snaps.

2. Ghost with V-Sign and a Star: Yeah! Your friend sees you as an optimistic person.

3. Ghost with Blue Bubblegum: It probably mean that he/she feel a little bit bore with you. You might have sent lots of snaps.

5. Snapchat Ghost Rock On: Please note that this Ghost is not giving the middle finger although it looks like. It is a sign of “Rock On”

6. White Ghost with tears: Well, this is “LOL” a laughing emoji which at small sizes is often mistaken for being tears of sadness. This emoji is laughing so much that it is crying tears of joy.

7. Ghost with Angry Face: An angry looking face. Has inward-facing eyebrows, and a frowning mouth. Expresses anger, grumpiness or annoyance at a situation. Be careful how you snap with that person.

8. Shock: This Ghost could probably mean you blocked him/her.

9. Ghost IDK: Its IDK- I don’t know! Your friend may be in a confused state of mind or unsure about the snapping relationship the two of you have.

10. Joyful: It could either mean he/she love to be friend with you or that person is someone you send out a lot of snaps to and he/she loves receiving them.

11. Ghost with Glass: It could most probably mean you added him/her and waiting for them to add you back.

12.Ghost with Crying Face: It could mean disappointed, hurt and upset. Probably you ignored to view or response to his/her snaps.

There’s one site which is experimenting on a tool to Unlock any Snapchat Trophies and many users claimed that it works for them. Feel free to check it out: Snapchat Trophy Unlocker 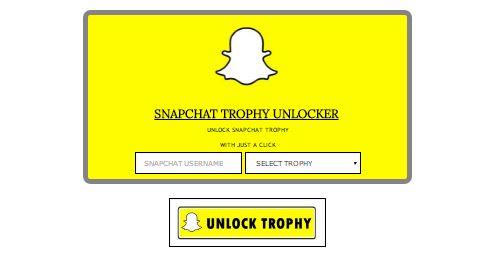