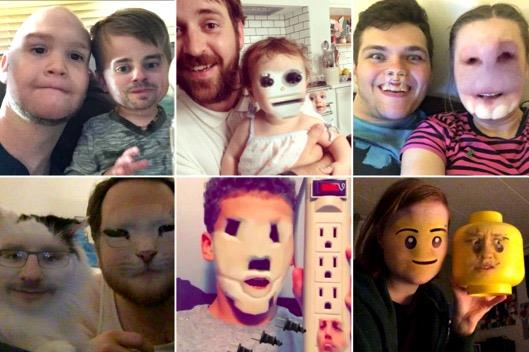 One of the more interesting features of Snapchat is Lenses. New lenses are added from time to time and some of these lenses are the bomb.

We’ve covered extensively on how to use Snapchat lenses in another article, so we shall not get into all the details here.

What this lens does is swap faces of two people or objects.

But like all lenses, the face swap feature may not be available to you right away. Because lenses are rotated and none of them are permanently available to you, since Snapchat shut down its lenses store in January 2016, you’re most likely wondering how everyone is doing face swaps and your Snapchat doesn’t have the feature.

Worry not. In this article, we’ll take you through a step-by-step process of doing your own face swaps.

To know more about other Snapchat face effects, we’ve written an article on it: Snapchat Face Effects

How To Get Snapchat Face Swap Feature

To access any new Snapchat feature, as it is for all types of apps, you will have to update your app to the latest version.

If your app is set to update automatically, you will have no trouble accessing all the new Snapchat lenses. But if it’s not, you will have to manually update your app.

To update your app to the latest version, go to iTunes App Store or Google Play Store.

If you see an update button on the apps page, it means that your phone isn’t running the latest Snapchat app. 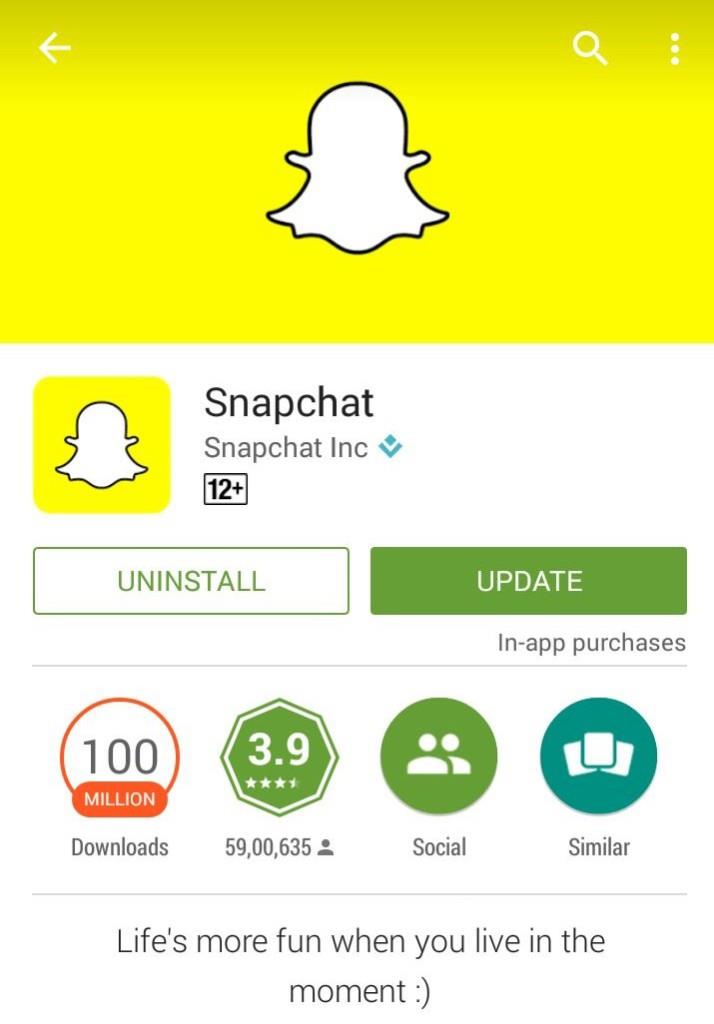 Tap on the update button to update Snapchat to the latest version. If you’re on Android, there’s a chance you may run out of storage. Free up some storage space first if that is the case.

Swipe through the lenses until you see the Face Swap lens. The Snapchat face swap lens appears as below: 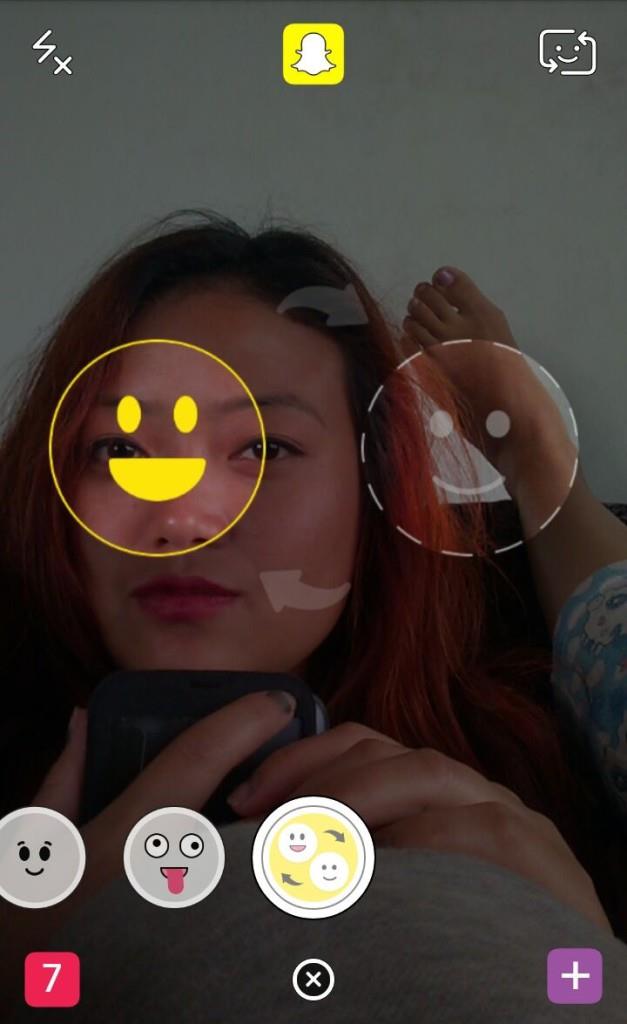 How To Use Snapchat Face Swap Lens

Now that we have access to the face swap lens, let’s see how it works.

For this article, I will be using a human partner. Adjust your face and your partner’s face to fit into the circles. You may have to get real close and may need to move about a lot to get it right. 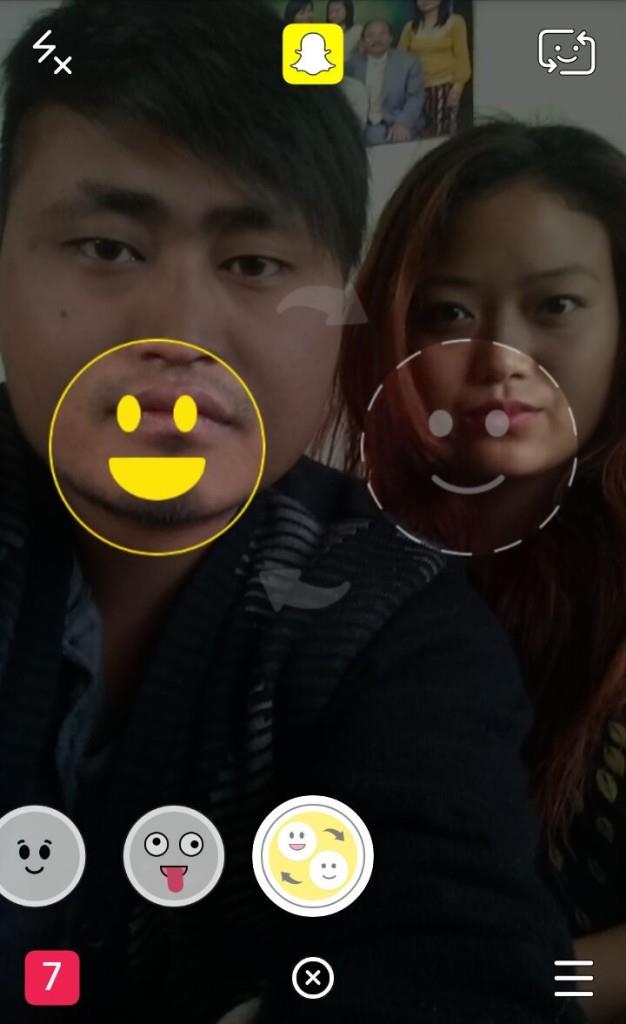 When your faces are in the circles and Snapchat has recognised your faces, the face swap will automatically occur on its own. 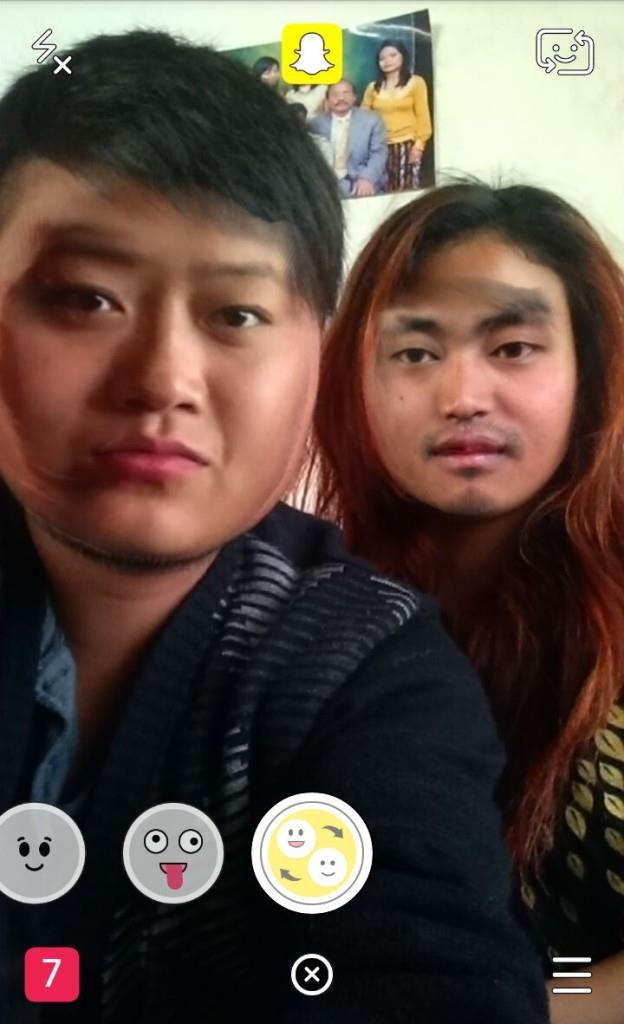 Tap on the face swap lens icon again to finish it.

Add other filters if you need one and send it to your friends.

If you cannot get the Snapchat Face Swap feature to work, there may be things you’re doing wrong. Make sure that the following are done:

If you’re unable to access the lens even after updating your app to the latest version, it’s possible that Snapchat has removed the lens in a newer version, although it’s unlikely that the lens will be removed very soon considering its wild popularity. Download the apk file of an earlier version (version 9.26.1.0) of the app that has the lens in it and install it manually on your phone. You can download the apk file from APK Mirror.

Tips To Get The Best of Snapchat Face Swap

You will often see creative uses of the face swap lens; here are several tips to get the best of the feature:

As promised, here’s a gallery of the funniest face swaps for your laughter and inspiration.