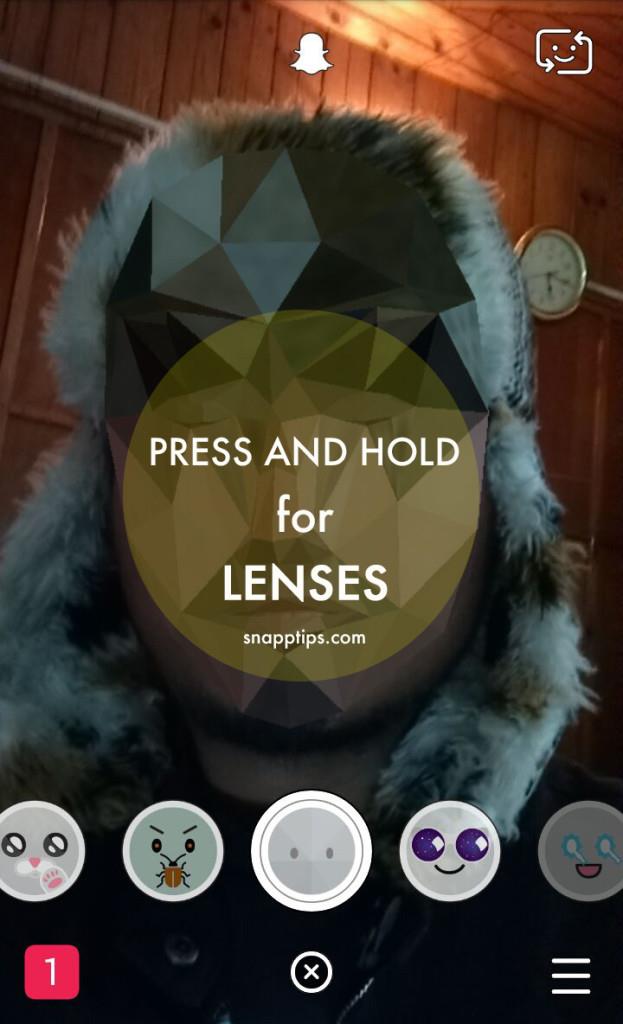 The thing about Snapchat is that when we’re on it, we’re more interested in looking weird, different, scary or funny than beautiful. Because your photos and videos disappear after someone sees it, you can do all sorts of stuff on it, without having to worry about being embarrassed by it. That is why, you can use any snapchat face effect.

I think it’s safe to say that Snapchat makes you truly be yourself, truly express yourself.

In this post, we’ll take a look at all the face effects you can create on Snapchat using lenses and filters so you can be whatever you want to be.

Snapchat Lenses are specifically developed to create face effects. However, lenses are rotated and new ones introduced every so often; they are not permanent. This means that it may be impossible to create the same face effects another time.

I’ve just updated my app to the latest version for this tutorial. Let’s take a look at all the lenses currently available to create awesome face effects.

To activate lenses, go to the camera screen on Snapchat. Switch to the selfie cam if it’s not already on. Tap and hold on your screen until your face features are detected. Once it detects your face, you will see lenses appear. These lenses will give you different face effects. Tap on the lens (circle) to activate, open your mouth when it tells you to.

Puppy face effect: The first lens that’s on my Snapchat currently is a puppy lens. Take a look. If you want to use this lens, tap on the lens (circle) again. 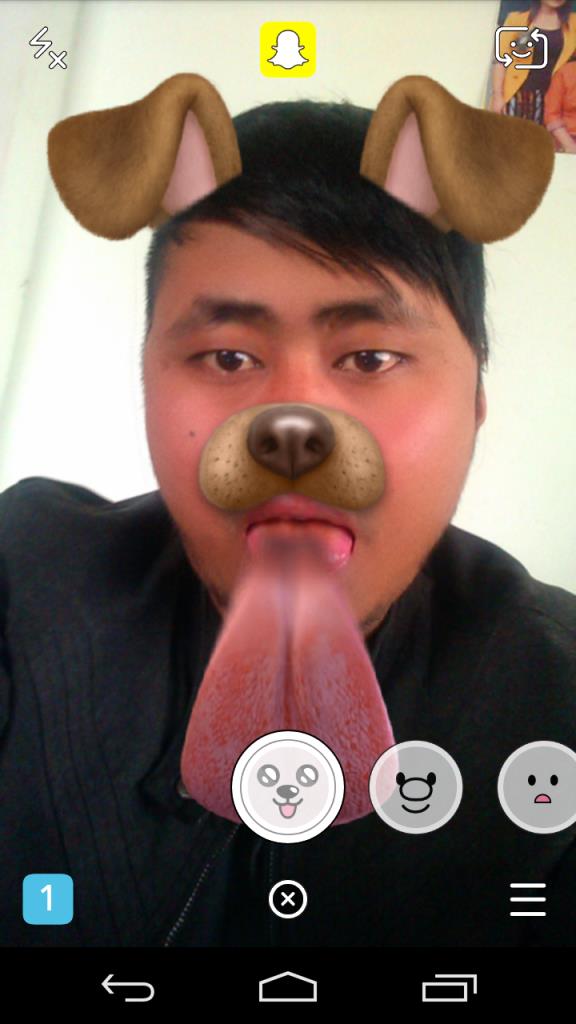 Angry face effect: Tapping on the next lens makes me a fat angry man. This effect will go nicely with a reaction to something you dislike. 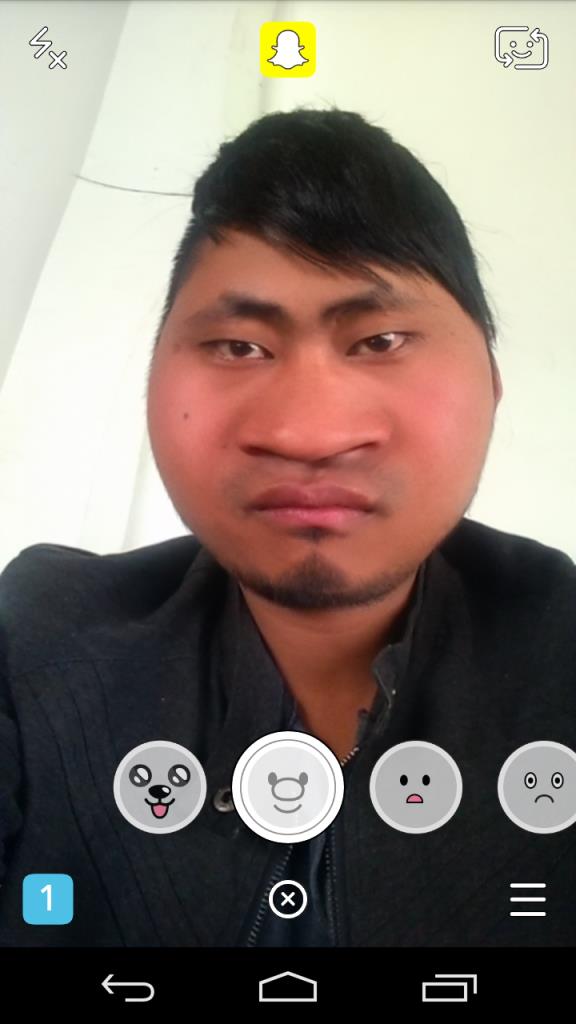 Alien face effect: If you have seen an alien, you’ll know this next effect. Because I have, I know it is an alien face. 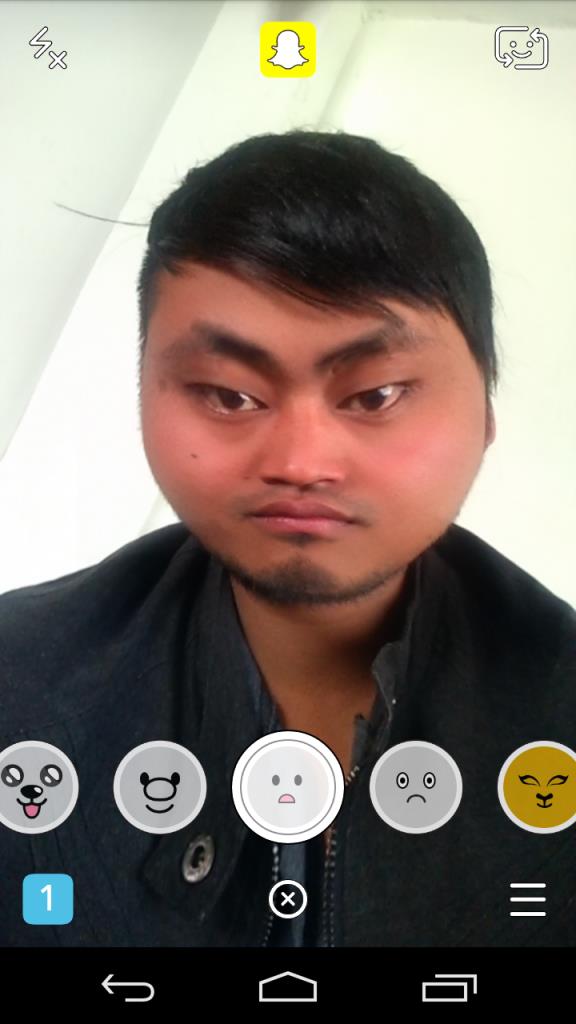 Pug face effect: Who doesn’t love pugs? They are ugly, noisy and have lots of liquid coming out of their mouth. What’s not to love about them? You can be a pug using this Snapchat lens. Remember it’s not here to stay; it could be removed in the next update if many people aren’t using it. 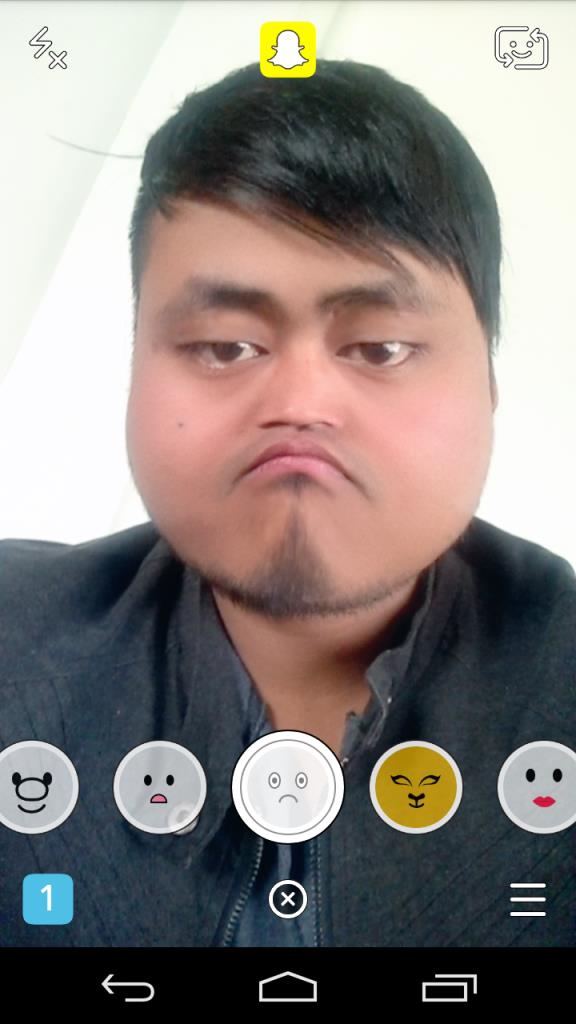 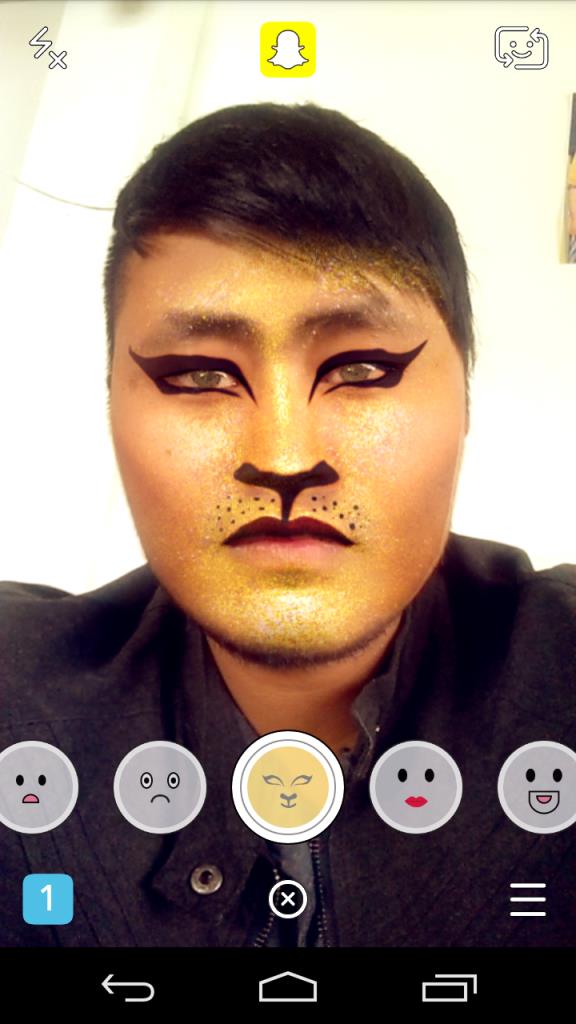 Girl in back and white face effect: This lens makes no sense to a guy. Wait, let me get a wig. 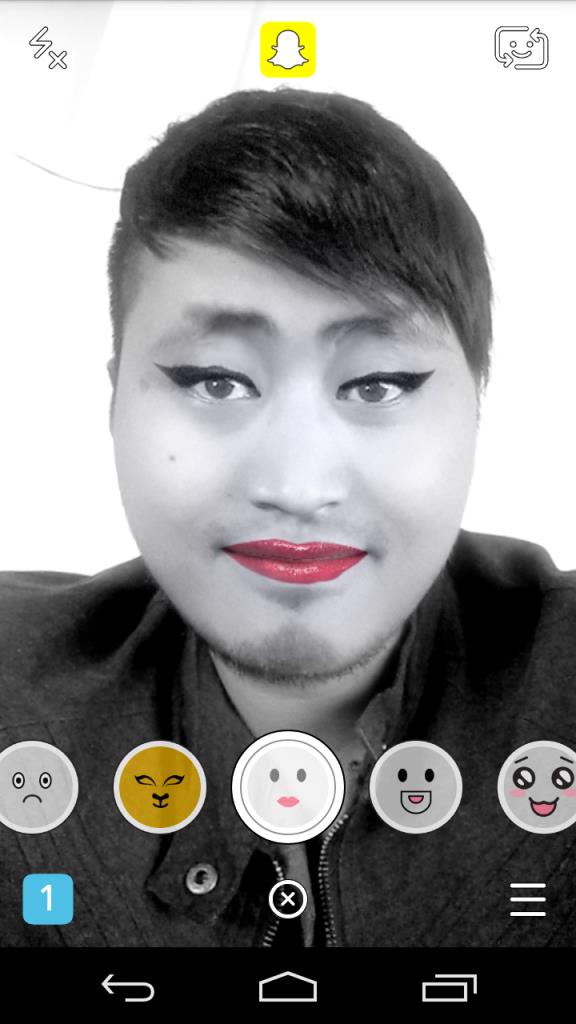 Beard guy face effect: Having mustaches and beard is considered sexy in some circles. Get one with this Snapchat face effect. Hate the eye colour though. 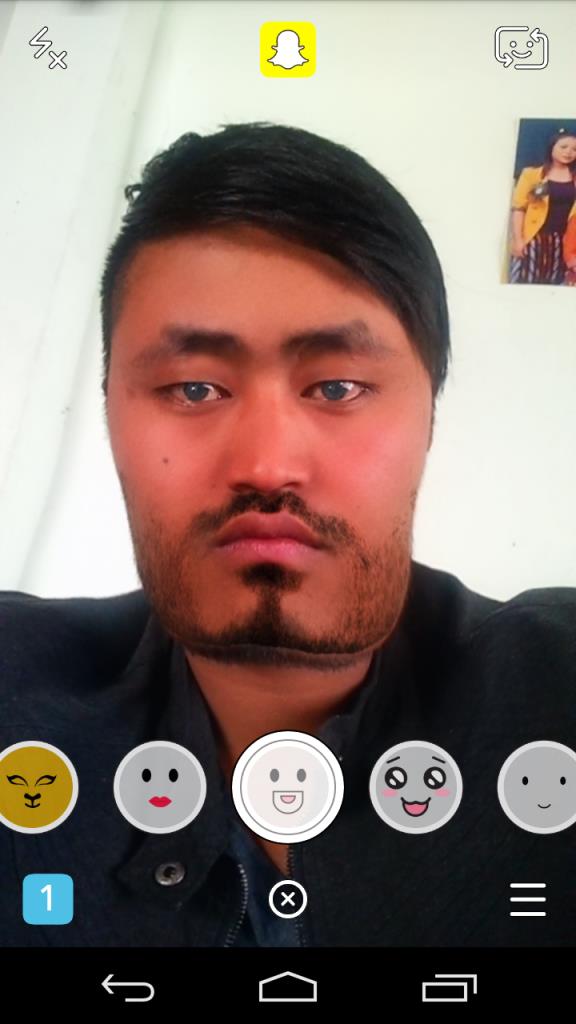 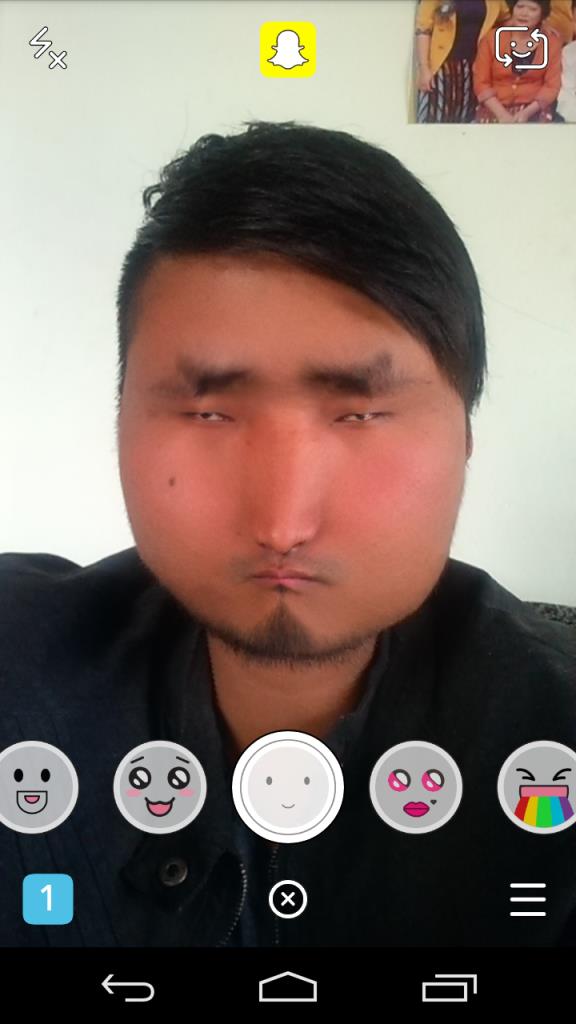 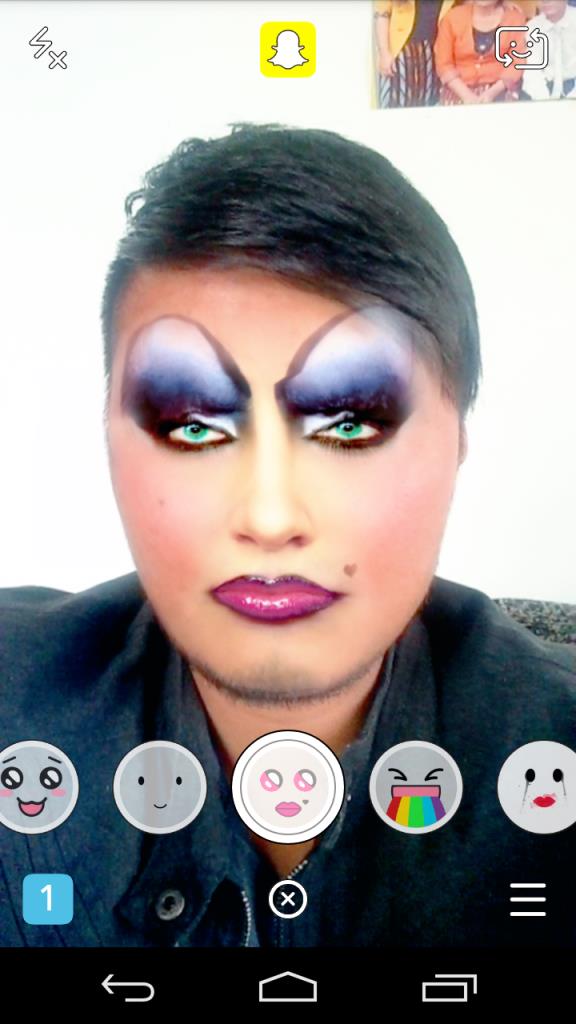 Puking rainbows face effect: This lens has been around for a while. It makes no sense but it’s wildly popular. I guess it’s better to puke out raindows than the pizza you just had. 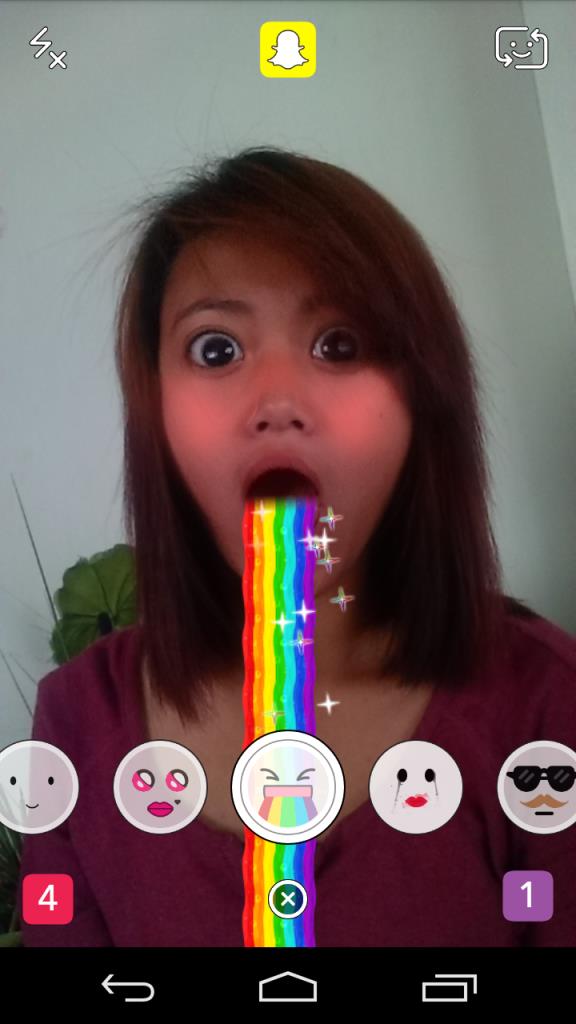 Vampire face effect: This is a new lens, which I’m quite sure will be around for a while. It’s awesome. 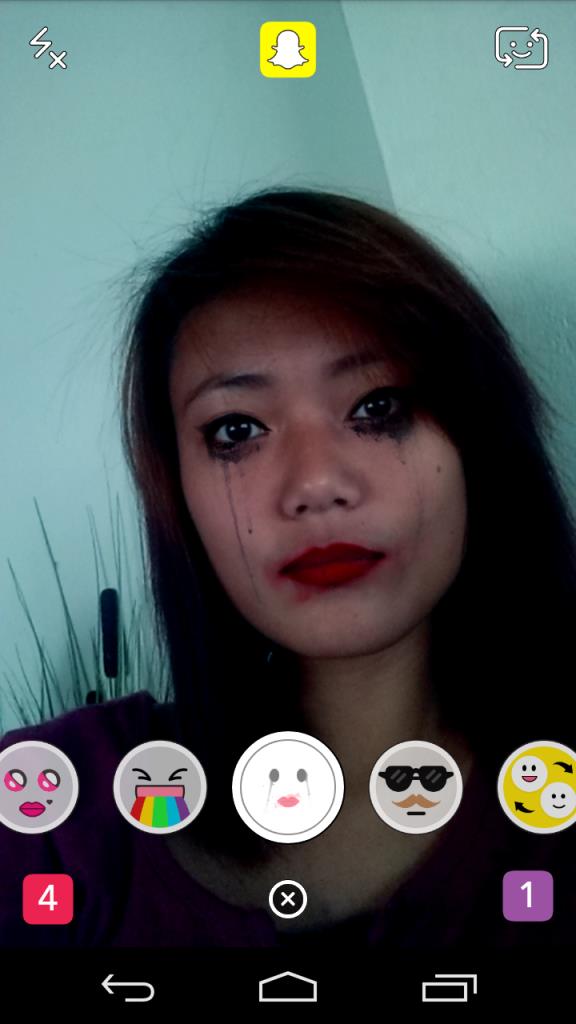 Truck driver face effect: The video is better than the photo. 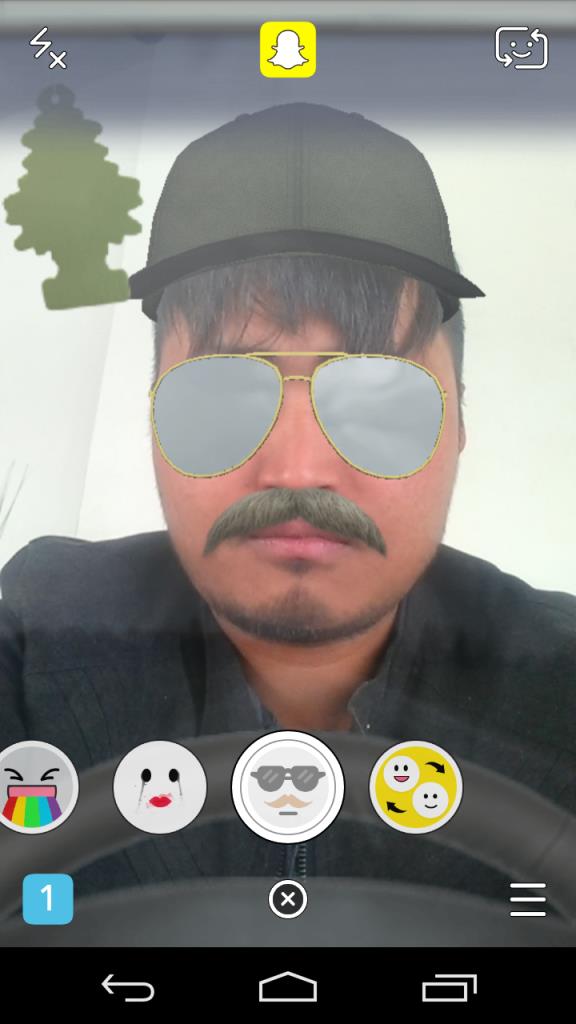 Snapchat Face Swap: Click on the link for all the details on how to do a face swap using Snapchat. Since face swap is a little complicated than other lenses, we have covered it in a separate post.

These are all the lenses that are currently available with my version of WhatsApp. They are all the same for iPhones and Android phones.

Lenses work great with captions. These face effects can be used to show your reactions to something or just for fun.

Filters are easy. Once you have settled on a lens, you can add filters to your snaps by swiping towards on your screen. 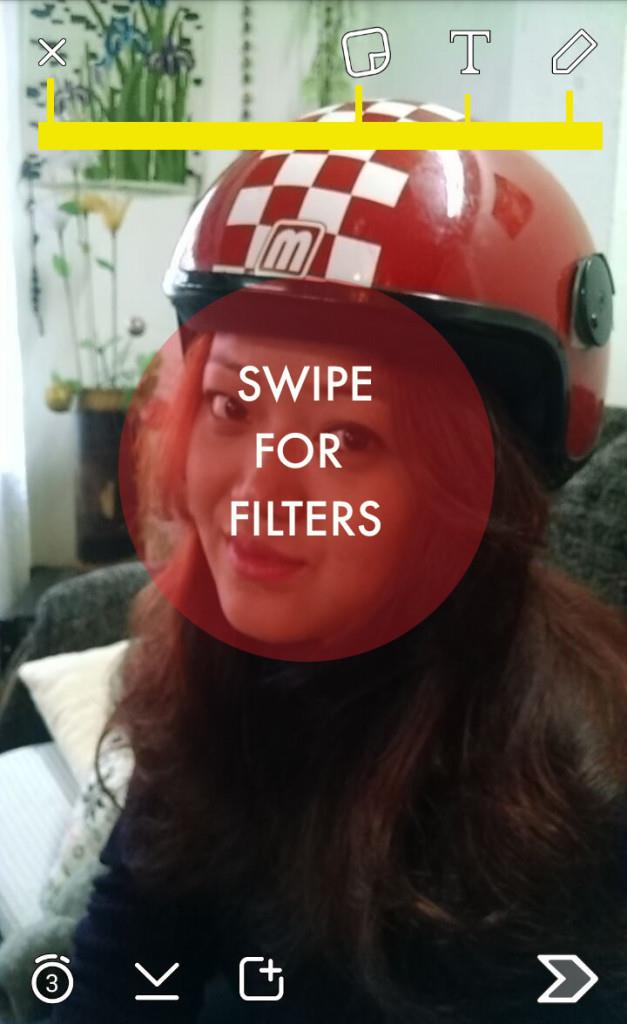 There are several filters you can add to your videos and photos. Some of these include colour tones (sepia, black and white, etc.).

There aren’t a lot of things you can do with filters as far as face effects go. The most you can do is add colour tones. For the integrity of this post, we’ll not go into details here.

Remember to save the photos or videos to your phone if you want to share these to your other social profiles.

If you can’t get Snapchat face effects (lenses) to work, update your app.