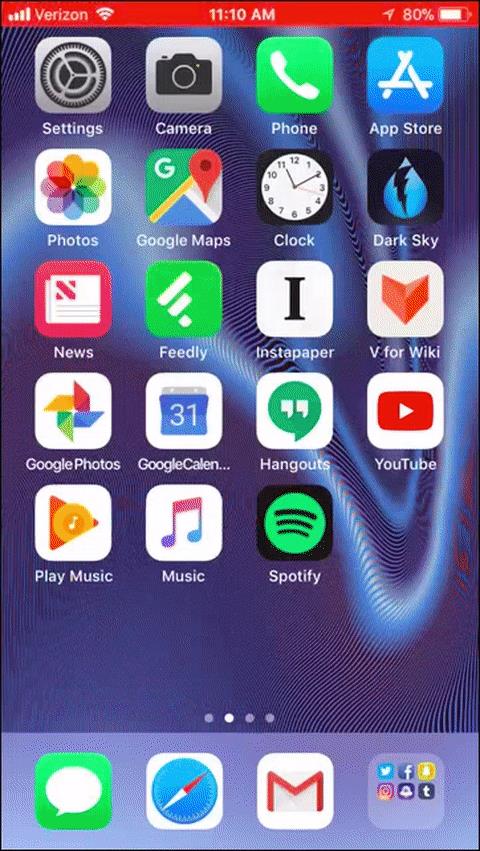 Creepers will have a field day with iOS 11, the just-launched update for iPhone and iPad that includes a brand new “screen recording” feature.

Yeah, that means exactly what you think it does. Pop that recorder open, and you can easily save a video of any “disappearing” Snapchat or Instagram Story. (Not that you’d be so devious, of course.) It’s a reminder that, online, everything’s written in Sharpie, even if a service markets itself otherwise.

The screen recording feature comes packaged with the free iOS 11 update, though you need to tweak something in your Settings if you want it to appear in your Control Center.

Open your Settings app, tap Control Center > Customize Controls. Add the “Screen Recording” feature, and you’ll be able to record whatever’s happening on your screen with a simple swipe-up from the bottom of the screen and a tap of the circular record button.

Look! I even used the feature to show you how it’s done:

Thus, you can even flip this feature on before you look at a spicy snap to forever preserve someone’s butt or cat or gravity bong suckage. It doesn’t work if you try to access your Control Center in the middle of viewing a snap, but you can always replay it if you miss something juicy and want to be the worst person imaginable.

Right now, the person who sent the snap won’t even be notified that you’re recording. (If you take a screenshot, they usually get a little message.) A spokesperson for Snapchat told Mashable that an upcoming Snapchat update—version 10.17.5—will be able to detect the screen-recording tool and inform users, but only if the person recording has updated their app.

Of course, screen recording apps have existed on Android for a long time. But iOS 11 represents a major shift: For the first time, such a feature is being made available to iPhone and iPad users, and it comes straight from Apple, no additional app downloads required. While you probably should have assumed everything you sent to your friends in the past could’ve been saved forever, you should definitely think so now.

To Snapchat’s credit, it’s always said as much in its support page:

Snapchatters who see your messages can always potentially save them, whether by taking a screenshot or by using some other image-capture technology (whether that be a separate piece of software, or even simply taking a photo of their screen with a second camera).

So there you go. Watch your ass—and beware the others you invite to do the same.

UPDATE: Sept. 20, 2017, 2:49 p.m. EDT This article has been updated with additional information from Snapchat clarifying when users will receive recording notifications.

WATCH: We got our hands on the iPhone 8 – here’s everything you need to know