Snapchat started it, Facebook followed suit, and now Twitter-owned Periscope is adding its own variation on video ‘masks’, with new Hillary Clinton and Donald Trump faces that users can virtually wear during their live-streams.

As you can see from this example, the Periscope masks are not quite the same as those on offer in Snapchat and on Facebook – the puppet-style faces are less interactive with only the mouth moving in response to your facial shifts. Periscope CEO Kayvon Beykpour says these are “ventriloquist style” tools, more focused on fun and quick laughs than accurate simulation or responsiveness.

The new masks, initially only available in iOS, are accessible when broadcasting in selfie mode via Periscope – you can switch them on using the tools at the bottom of the broadcast screen. The masks are automatically added to your face once tapped, and you can use two at a time when sharing the screen with a friend.

Periscope’s a little behind the times, and technology, on this one, but they do note that this is initial effort is merely a “lighthearted example of the types of tools our team is working on to help you create compelling live video.” Periscope also says that they’re looking to bring more advanced tools of this nature to Periscope broadcasts soon, so expect to see similar options along these lines.

The new addition comes at a particularly interesting time, with competition heating up for such tools. As noted, Facebook’s currently trialling similar options within Facebook, with users in Ireland being given access to The Social Network’s new camera, which includes their advanced video masks and other interactive features.

This, according to CEO Mark Zuckerberg, is the future of Facebook status updates, noting in their most recent earnings announcement that they see the camera taking over from the text box as the default status update option.

Facebook’s also expanding their use of Snapchat-style features, with WhatsApp now also testing out a stories function, following the same approaches within both Instagram and Messenger. 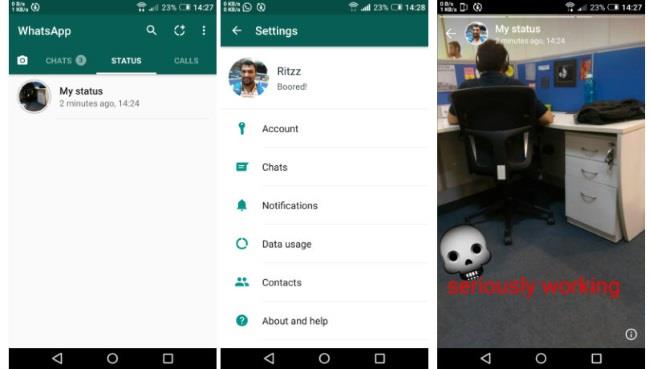 None of those tools includes video mask type additions as yet, but given their popularity – Snapchat says Lenses are used in 10 million Snaps every day – and Facebook’s “video first” focus, it would make sense to see them made available in more places, particularly in Instagram, which is the most direct duplicate of Snapchat’s functionality.

(As an interesting aside, Google has quietly invested in Snapchat, as revealed on the CapitalG, Google’s investment arm, website.)

Given the increased attention for such tools, it makes sense for Periscope to add similar in order to keep up – and according to a new report from Socialbakers “keeping up” may be one of Periscope’s biggest challenges at present.

As per Socialbakers founder Jan Rezab, their latest stats show that Facebook Live broadcasts are now outstripping Periscope by a significant margin. 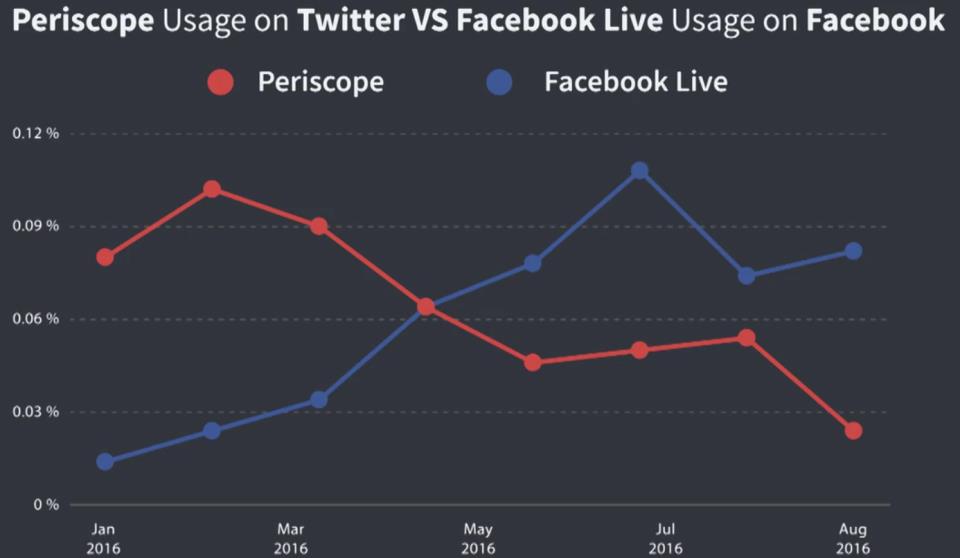 Rezab says that Periscope “will probably die” as the scale of Facebook leads to them dominating the live-streaming landscape. That, of course, is somewhat separate to Twitter’s wider ambitions with live event broadcasts, as those aren’t through Periscope, as such, but the numbers do suggest that the Periscope app has a battle on its hands to keep the attention of everyday users.

Video masks might help, but it’ll be interesting to see what further innovations Periscope has up its sleeve to help them maintain audience attention and keep people coming back.