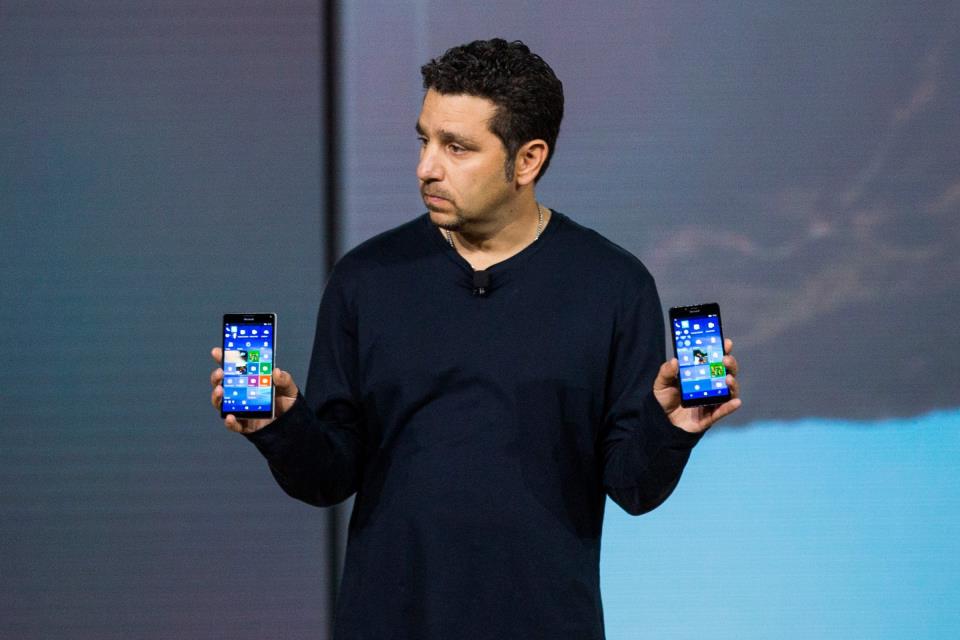 We’re hearing from sources that when Microsoft holds its next big event on May 2, neither the next-generation Surface Pro 5 tablet nor the long-rumored Surface Phone will be making appearances.

Just to back up for a second, the still-unofficial Surface Phone is considered to be Microsoft’s very last shot at making Windows a serious smartphone contender against Apple and Google, as Windows phones slip under 1% global market share. Microsoft hasn’t shipped a flagship Windows phone since late 2015’s Lumia 950.

And while you can read pretty much anything into the Surface Phone’s absence, the fact we’re hearing it won’t be shown at least indicates it’s probably still in the works — something that was in doubt, after going over a year without any kind of substantial update.

That’s exacerbated by years of reports indicating that it’s been a bumpy road for Microsoft. Originally rumored to be unveiled in mid-2016, the Surface Phone slipped into late 2017 (or maybe early 2018, if you believe an anonymous Reddit user). And Intel cancelled the processor that Microsoft was supposedly eyeing to power the device.

Meanwhile, Microsoft has filled the gap in its own smartphone lineup by doubling down on iOS and Android. Notably, Microsoft partnered up with Samsung to offer a custom version of the new Samsung Galaxy S8 phone, making it the most premium Microsoft phone on the market.

Now, with super-fans baying for the company to recommit to Windows on phones, but the rest of the world increasingly apathetic, Microsoft is damned if it does release a Surface Phone, and damned if it doesn’t.

Damned if you do

The rumor is that this hypothetical Surface Phone will be a powerful flagship Windows 10 Mobile phone with at least one absolutely killer feature: The ability to plug it into a keyboard, mouse, and monitor and use it like an honest-to-goodness, full-on Windows PC, letting you run desktop PC software on a device you can pocket.

It sounds great on paper. But it seems extremely unlikely that even if Microsoft releases the coolest, most innovative phone ever made, it could get anybody to care. 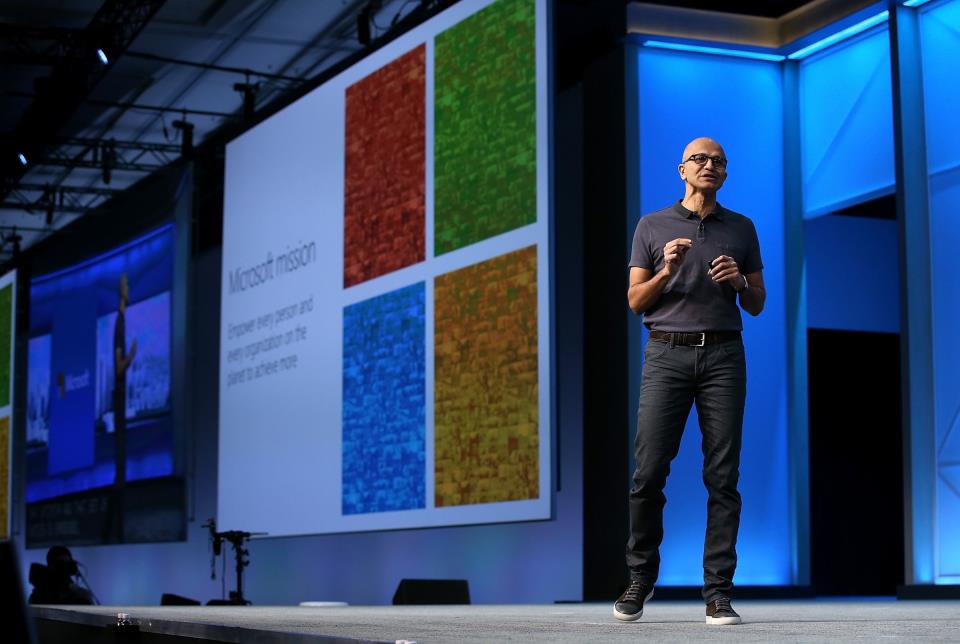 Microsoft CEO Satya Nadella has made a big bet on Windows 10’s Universal Windows Platform, where developers can write Windows 10 apps that run on PCs, tablets, and smartphones alike. But apart from a few high-profile apps from developers like Uber and Facebook, the Windows Store is still pretty dire, as most developers pass over Windows 10 for the way more popular iPhone and Android platforms.

And given that Windows 10 Mobile currently doesn’t have apps like Snapchat or “Pokémon Go,” and that companies like Spotify are pulling their Windows phone apps as market share vanishes, good luck getting an iPhone or Android user to switch.

So it almost doesn’t matter what the Surface Phone turns out to be. Unless it’s a massive, market-defining hit like the first iPhone, it’s not going to draw enough developers back to the Windows Store to make a difference. Head-to-head with the iPhone or Google Pixel, this phone could maybe win a battle. But Windows 10 Mobile won’t win any kind of war.

Damned if you don’t

When Microsoft and Samsung announced their Galaxy S8 collaboration, Windows fans weren’t happy. To them, the partnership was a signal that Microsoft cared a lot more about Android than it does about Windows 10 Mobile.

Indeed, Samsung’s own DeX, which lets you plug the Galaxy S8 into a monitor and use it like a PC, is a huge step towards fulfilling the Surface Phone dream, built on Android. With Microsoft giving the Galaxy S8 an explicit endorsement, it definitely looks like they’ve given up on their own phone platform. 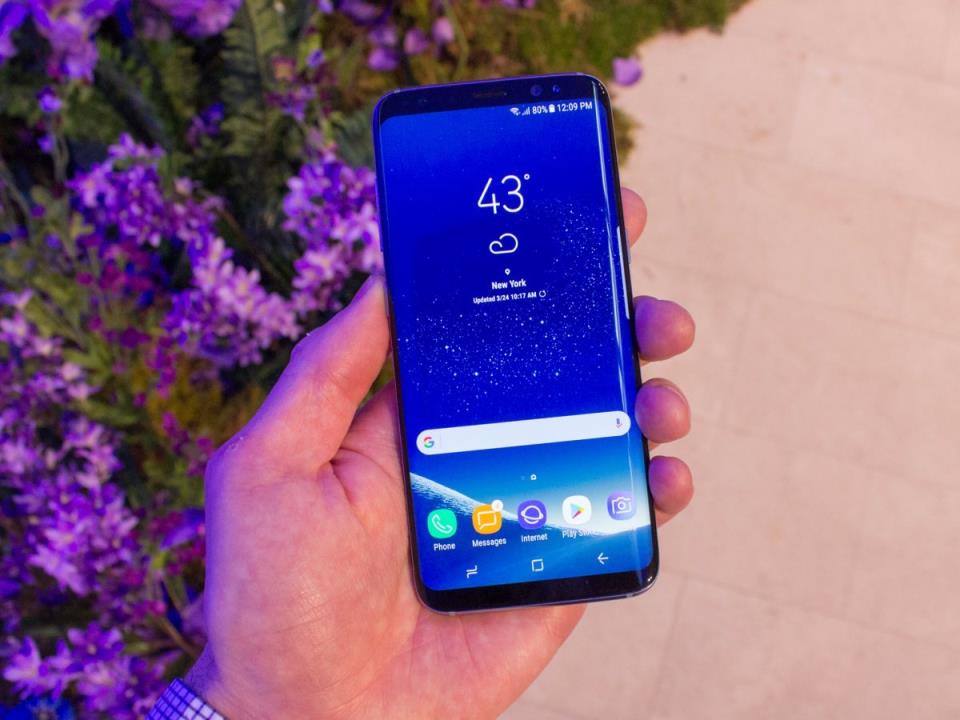 And yet, Microsoft can’t throw in the towel. With PC sales shrinking, Microsoft needs to prove to itself and the world that Windows is still relevant. So while the company is working on nifty holographic technology that it thinks will render smartphones obsolete, that’s probably a decade away from being released as a full product.

In the meantime, smartphones are here to stay. And so, whether or not it’s a huge hit, Microsoft needs something like a Surface Phone just to keep Windows in the conversation. Windows 10 on PCs and tablets is pretty great, but without a smartphone, the platform appears a little backwards-looking.

If you’re a Star Trek fan, this is Microsoft’s own Kobayashi Maru — a no-win scenario that tests your priorities under an impossible situation.

If Microsoft opts not to release a phone, it’s a clear sign that it’s taking the far more realistic approach of providing apps and services for Android and iOS phones, which is a lucrative business for the company. That comes at the very possible cost of Windows’ future prospects as the world continues to move towards the smartphone, but the continued growth of its Office 365 subscription service.

But if Microsoft does release a phone, it shows that the company is committed to Windows, one of the very major reasons it became a titan of technology in the first place. This has a potentially higher payoff, as it could be the breakthrough device that pushes Windows 10 Mobile into the mainstream, and ensure Windows’ relevance for another several years. Or it could keep Microsoft shackled to a shrinking, legacy business.

In other words, Microsoft can’t win with the Surface Phone. It can, however, choose the way that it loses.

If you know more about the Microsoft Surface Phone, you can contact the reporter via e-mail at mweinberger@businessinsider.com or via secure Telegram message at @gamoid.