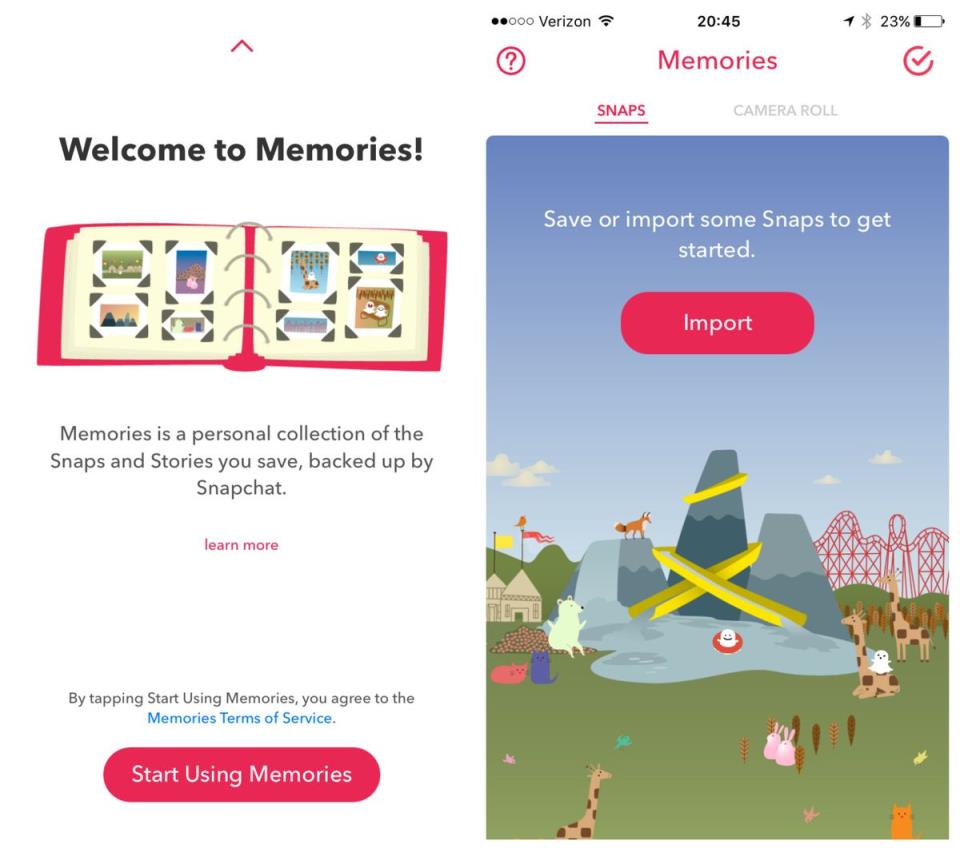 Snapchat is rolling out its biggest change yet: Memories, a feature that allows users to easily save and share old photos with the app for the first time.

It not only promises to overhaul the way many people share Snapchat photos, but it’s also the app’s biggest shift away from the ephemerality that was once its defining trait.

SEE ALSO: Snapchat may be outgrowing its disappearing photos

With Memories being such a big feature, there’s a lot to get used to and, like many Snapchat updates, not all new capabilities are obvious. Here’s a look at the most important parts of the Memories update and the features you don’t want to miss.

Swipe up from the camera to access Memories. First-time users keep in mind the feature is opt-in. After opting in, the first thing the app will do is ask if you want to import existing snaps.

If you choose to import your snaps, the app will import all of the snaps you have previously saved on your device into Memories. (If you have an iPhone, these will likely be in a folder called “Snapchat” in your photos.)

There are three main sections where you can share photos within Memories: Snaps, Stories and Camera Roll.

The Snaps tab is where you’ll find photos you’ve imported as well as all the images you save to Memories after activating the feature. These photos are also backed up to the cloud and accessible if you use Snapchat on a different device. 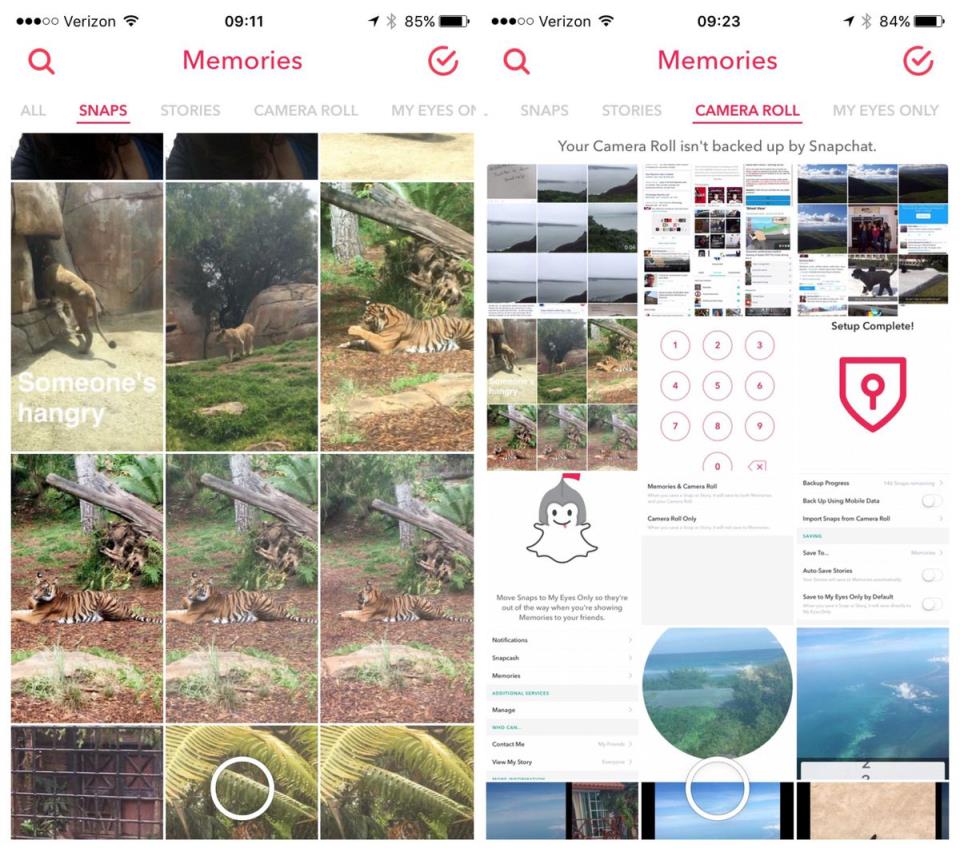 Camera Roll shows all the photos stored locally on your device. This is where you can find and send photos you took outside of Snapchat. These photos are not backed up and will only be accessible on your device.

You can grab photos and videos from the Snaps or Camera Roll tab and send them to friends or create a new story with them. Stories you create within Memories will appear in the Stories tab. 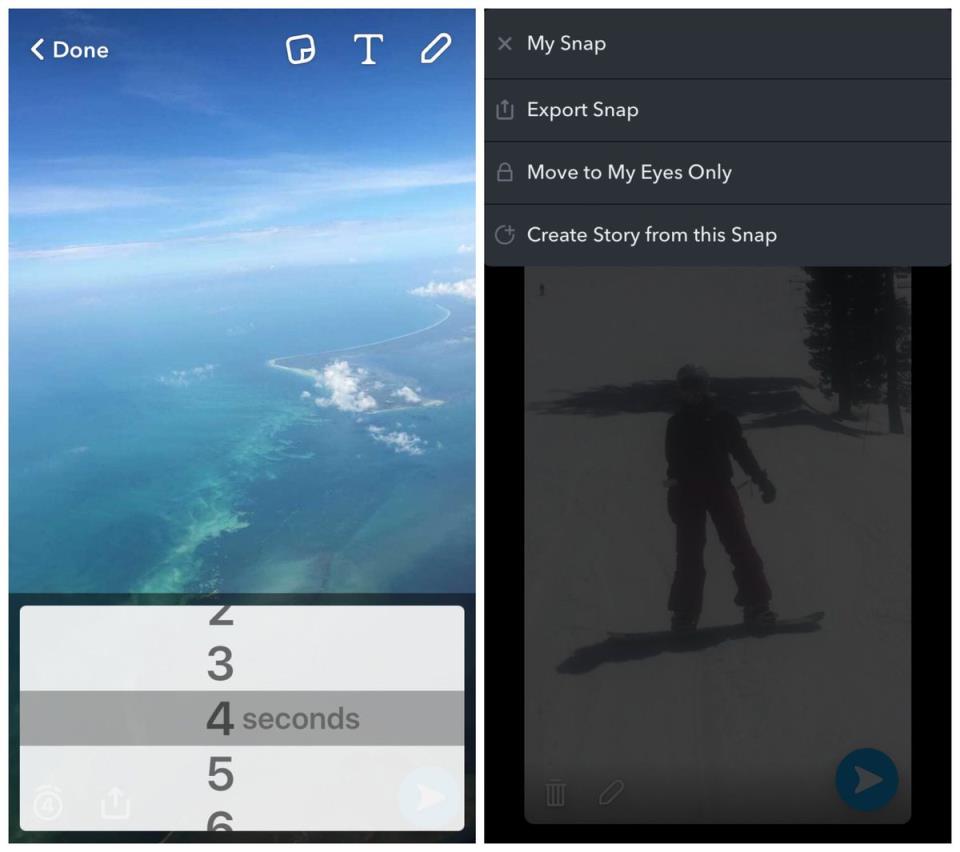 To send a photo from Memories to a friend or to your story, hold down on the picture. You can send it as is or use the pen tool to add text, doodles or emoji. Note that photos you send that are more than 24 hours old will have a frame around them and appear with a time stamp showing when they were originally shot.

You can also use the hamburger menu in the upper left corner to export the photo or send it to the “My Eyes Only” section of the app.

The special, extra private section of Memories called “My Eyes Only” is a password-protected space for snaps you don’t want to be easily visible elsewhere in the app. 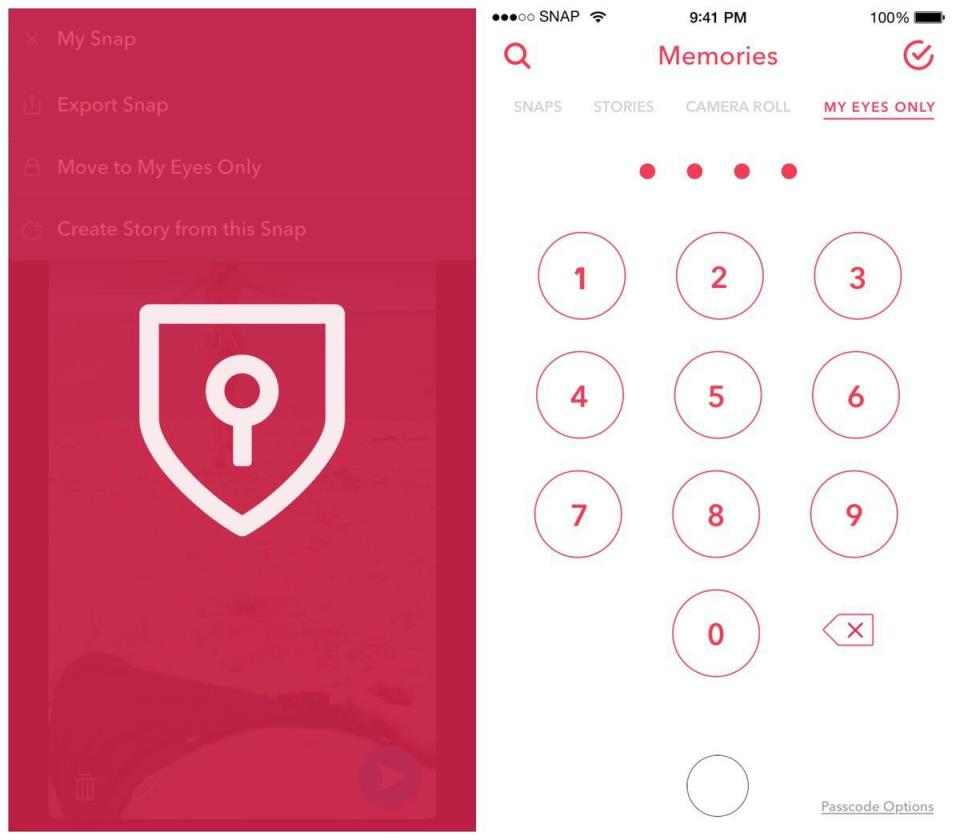 You can opt for either a 4-digit passcode or use a passphrase to access it. Remember that you’re not able to retrieve a lost or forgotten password to My Eyes Only so choose something you won’t forget. If you do forget it, you can reset the password, but will lose all the photos saved there.

The addition of Memories also changes how Snapchat saves photos and videos you shoot within the app. You can now adjust how photos are saved when you use the save button (the down arrow that appears after taking a photo or video.) 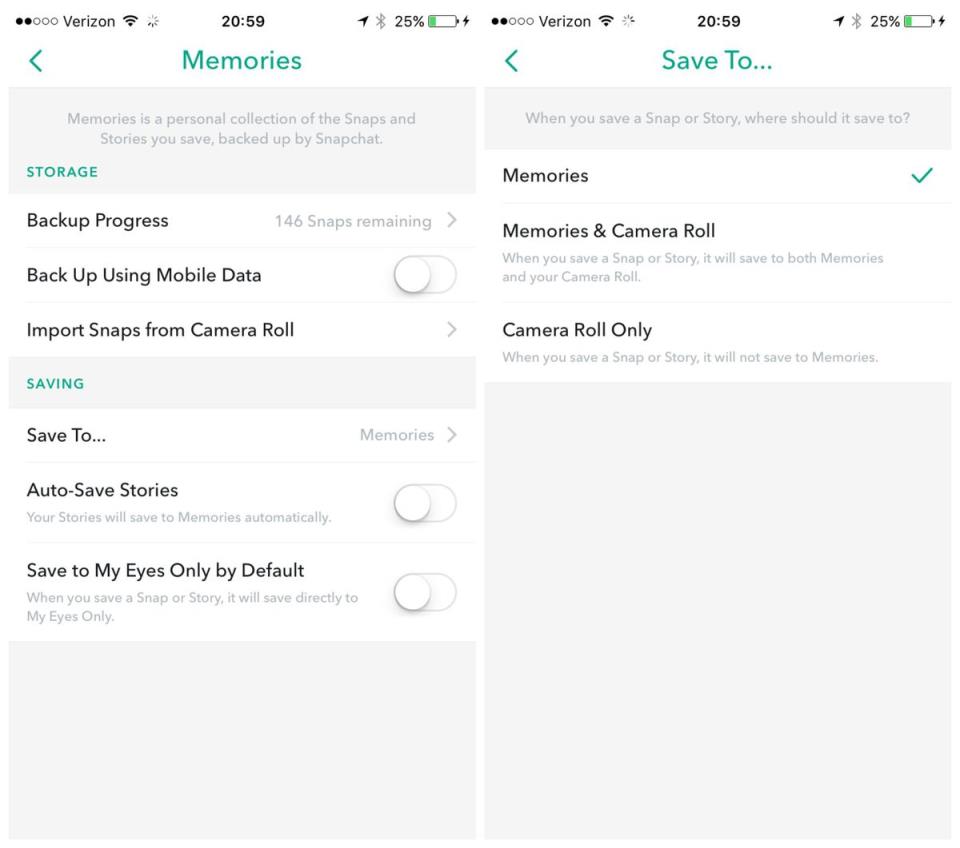 If you head over to the app’s main settings, you can manage how memories are saved in a new menu called Memories. Here, you can choose how the save button works. You can keep the default setting and save photos exclusively to your device or opt to save only to Memories or save to both.

Memories also brings some handy new search features to Snapchat, including object recognition. Type in keywords like “clouds” or “food” to find relevant images. You can also search by location and date. 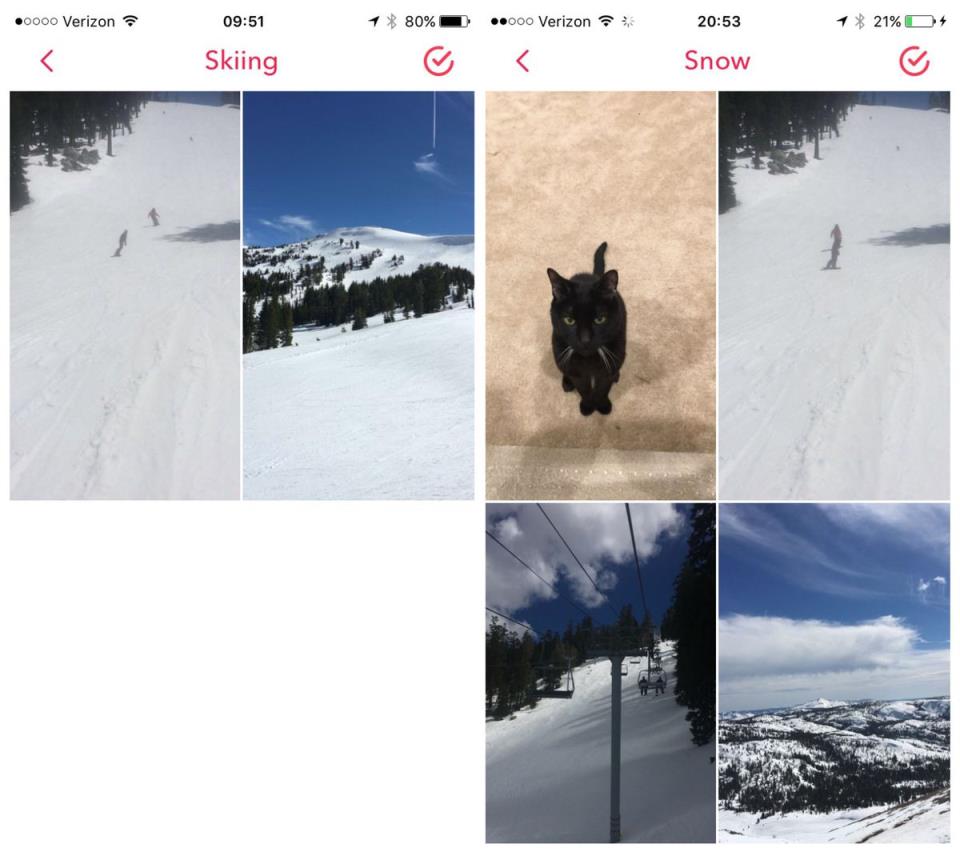 The search features aren’t perfect (see above) but Snapchat says they should get better as more people use them.

The app will also provide suggested searches based on what’s in your saved photos, among other factors. “Taken Nearby” will show snaps you previously took near your current location. There’s even a Facebook and Timehop-like “Flashback” search that, at a given moment, will surface photos taken at the same time the previous year.

The Memories update is rolling out now, though it will take some time before it is available to all of the app’s users. So if you don’t have it yet, keep checking.