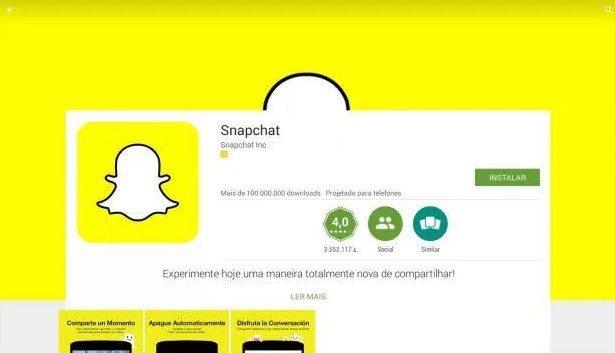 Snapchat was introduced couple of years back. And in such short time it has developed huge number of users. Now it stands next to Facebook and twitter. It is being used by not only the general public but also celebrities. Now you will find almost every guy or girl of school, college or university on Snapchat. It has taken over the place of Instagram. Best thing about it is innovation. The developers at snapchat are working each day to introduce new features in the app. Over the past few years snapchat has introduced a lot of new features. That’s why using this app never gets boring. First it used to be famous for the stories of different countries. In the following guide. I will guide you on how to install snapchat on Huawei Chinese phone along with all other Chinese android phones including Xiaomi.

These days there are number of new lenses introduced by snapchat that process the image at real time and introduce new effect. Snapchat also allows you to take picture and upload it to your story. That picture will be available for a whole day on your story and your friends can see what you have been upto all day. All in all Snapchat is one of the must have apps for this era.

How to Install Snapchat on Huawei Chinese Model:

Few days back, I got a Huawei P9 from China. Looked into it. It was in chinese. Changed its language and after some time I saw there is not play store in this phone. I had to install number of social networks. So I downloaded APK file of those apps and installed them on my phone. While trying to install snapchat on Huawei Chinese model. I came across this error “this app requires google play services“. So I was unable to run snapchat on Huawei china model EVA-Al00. After doing some hustle, at the end I was able to install snapchat on my Chinese phone.

That is all. This is simple yet useful trick which can be used to download any app of Google play store on your Chinese phone. If you are in china and you want to get download snapchat on Xiaomi or Huawei phone. Just use VPN to first change your country. then Install google play store and download Facebook, twitter or google plus. Which ever social network you want.