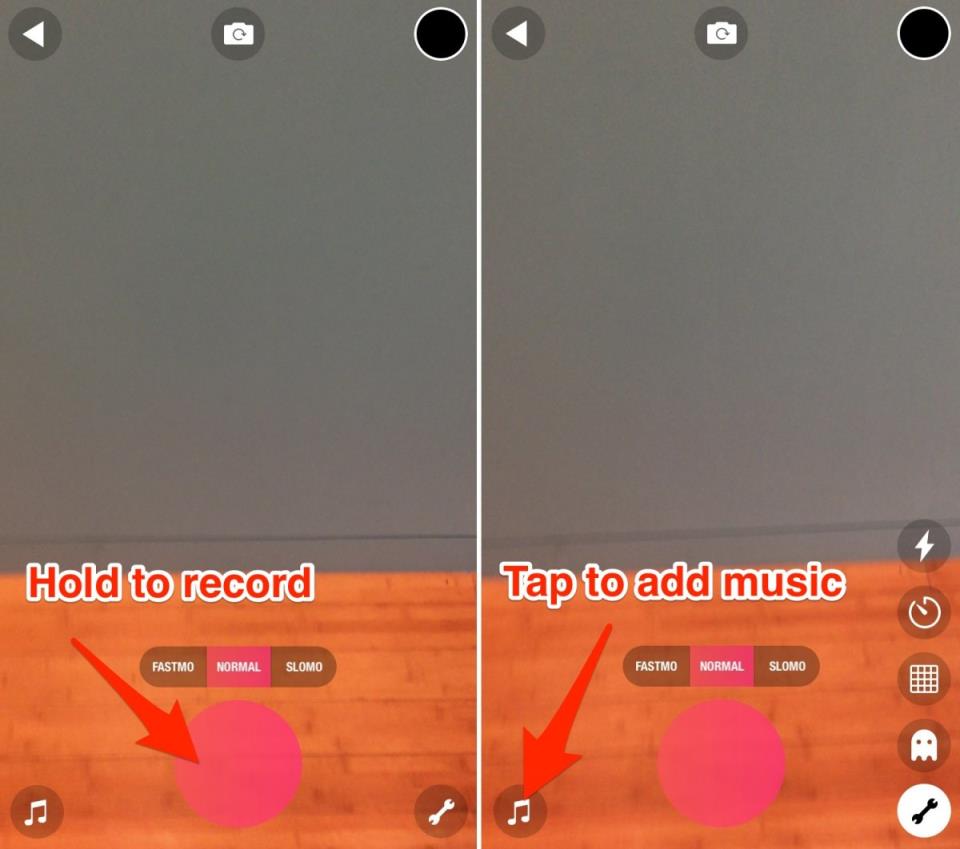 Snapchat is great, but it’s currently missing the option to add music.

Luckily there’s a workaround, and you can now add music to your Snapchat Stories thanks to an app called Mindie.

Mindie is basically an app for creating and sharing short music videos up to 10-seconds long, but a recent update now lets you post your creation as a Snapchat Story. This feature alone makes the app worth a download.

Here are some examples that prove how much cooler Snapchat Stories can be with some added music and effects (tap the speaker icon to enable sound).

So how does it work?

Mindie allows you to create Snapchat Stories with your choice of music from Mindie’s library of over 10 million songs. And if you want to customize your video further, you can add slo-mo, reverse, time-lapse, emojis, and text.

First you’ll need to download Mindie, which is free.

Next, hold down the record button to capture a video that you want to be your Snapchat Story.

Above the record button are the options for capture speed, and you can easily toggle between slo-mo, normal, and “fastmo.” People familiar with Vine will also appreciate the app’s suite of editing tools including ghost mode (which shows you the last frame you recorded so you can line up frames), flash, grid, along with the ability to import videos from your camera roll.

You can stop holding the record button early to capture just a clip, which lets you string together multiple shots into one 10-second video if you want.

Next, tap the music icon in the bottom left corner to add a song. You can browse popular songs or search for your own. 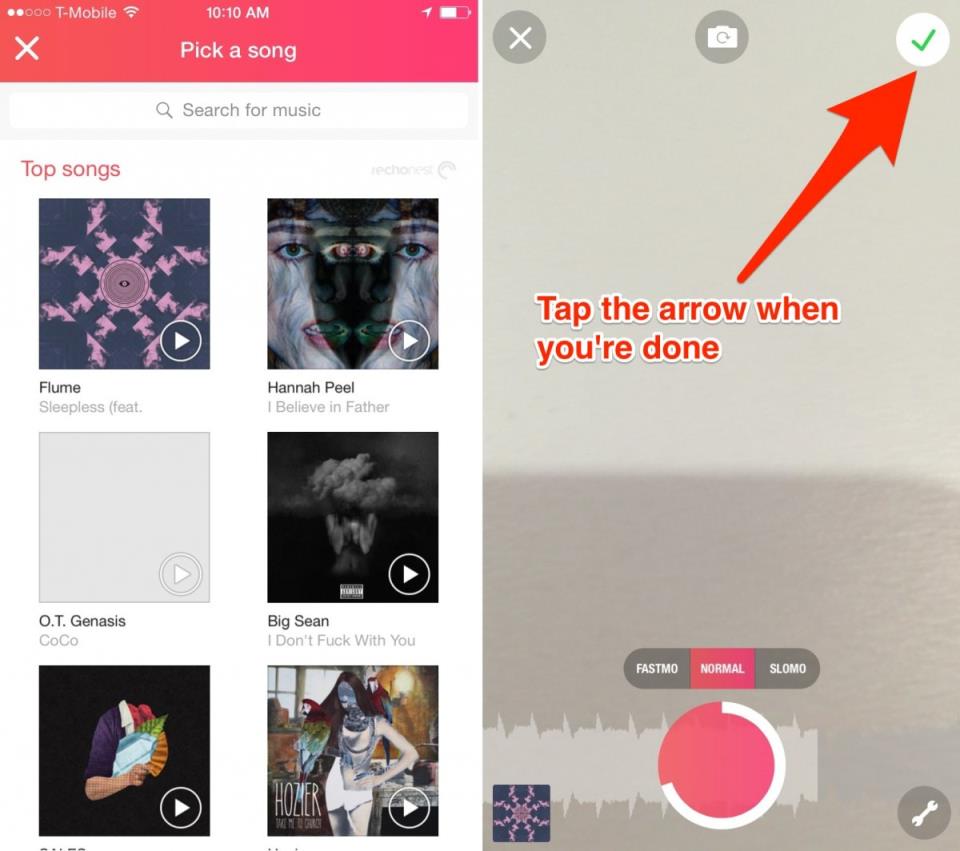 Once you’ve recorded your story and chosen a song, you can tap the screen to add text or emojis. When you’ve finished your video, you’ll want to tap the green check mark which will bring you to the share screen, where you can choose to choose “Snapchat Story” to post it through Snapchat. 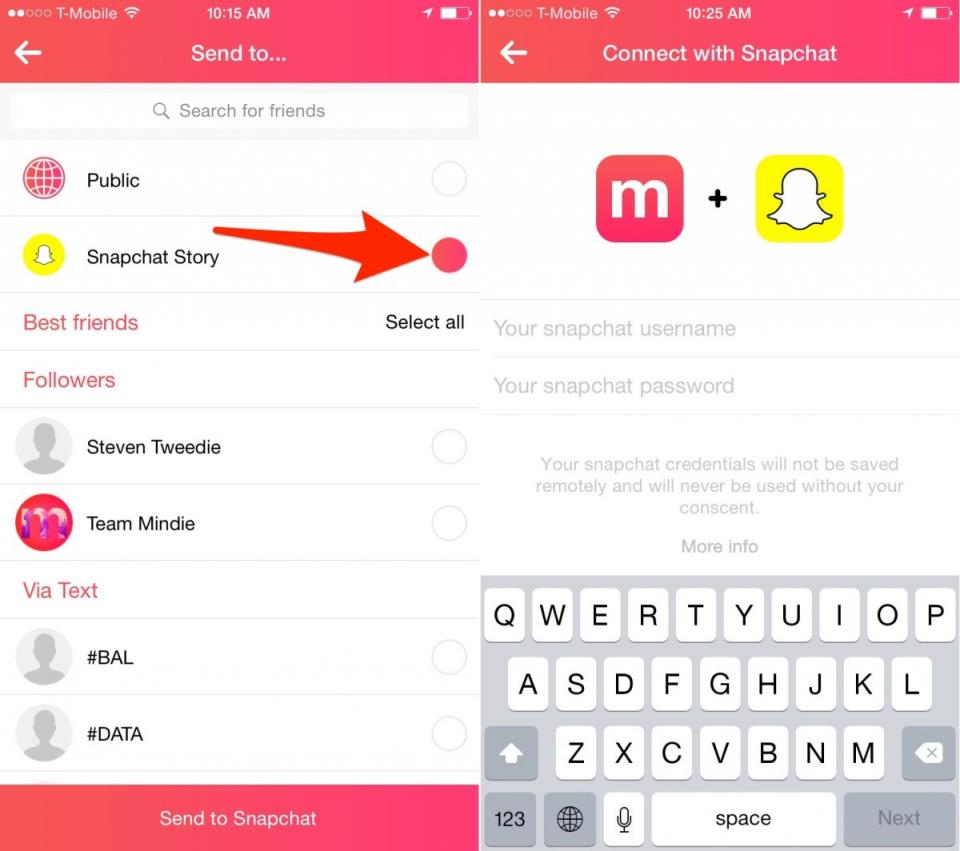 You’ll be asked to sign in with Snapchat, but after that, you’re all set! You can now impress your friends with Snapchat Stories featuring music.