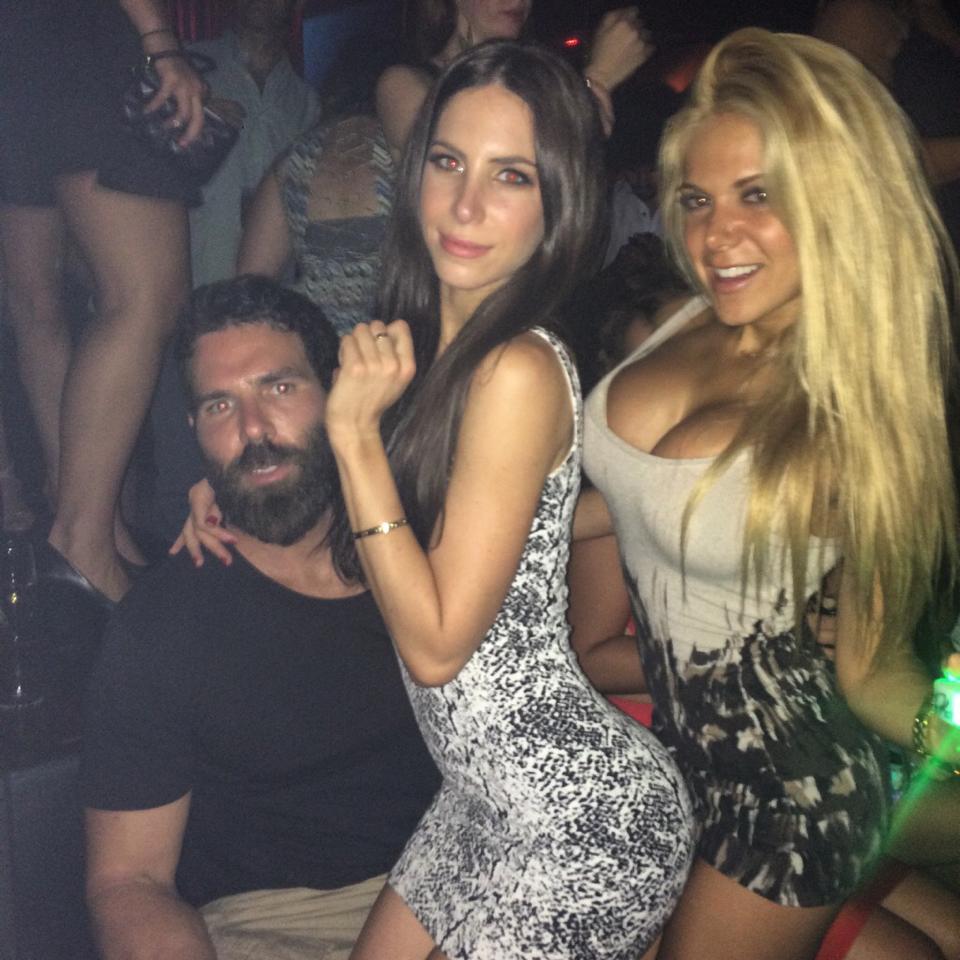 Dan Bilzerian is a millionaire widely popular on Instagram for his lavish lifestyle. He is a high-stakes poker player and a playboy who is best known for the beautiful girls he parties with. It is unknown if he paid the girls, but Mr. Bilzerian sure gives them a party, often taking them to exotic places and countries, and also sometimes to the deserts of Nevada and California where they fire guns from his collection.

Dan Bilzerian is on Snapchat and his snaps are no less interesting than his Instagram posts. In fact, Instagram’s policy on nudity is a downer, especially for fans of Dan Bilzerian because most of the girls that he pose with are half-naked most of the time. And I’m sure having to draw little red dots over certain areas of the body that we all want to see is annoying to Dan as it is for us. This alone makes following Dan Bilzerian’s Snapchat account worth the while. Because Snapchat is now more popular for its videos sharing feature than photos — all of which comes in the form of stories.

However it’s a little saddening for the fans who follow Dan Bilzerian on Snapchat for the sole purpose of looking at nudes. He doesn’t post ’em as much as you’d hope. His Snapchat stories are entertaining no less, but not what you’d expect from a playboy who has posted a lot of censored pictures of naked girls on Instagram. The stories aren’t revealing enough.

One should know that Dan Bilzerian had already been banned by Snapchat before for posting nudes on his public Story line. After taking a break for 2 months, the playboy is back and has been regularly posting photos and videos on his Snapchat story line. 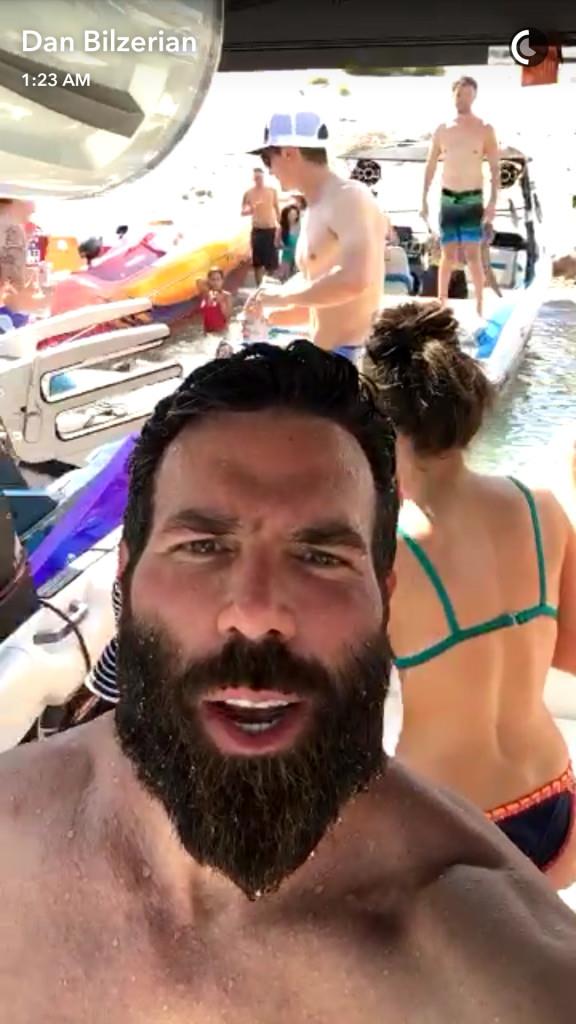 To follow Dan Bilzerian on Snapchat, here is his username: dbilzerian. You can add him via the Find friends by username feature.

You can also add him from his Snapcode by scanning the screenshot below. 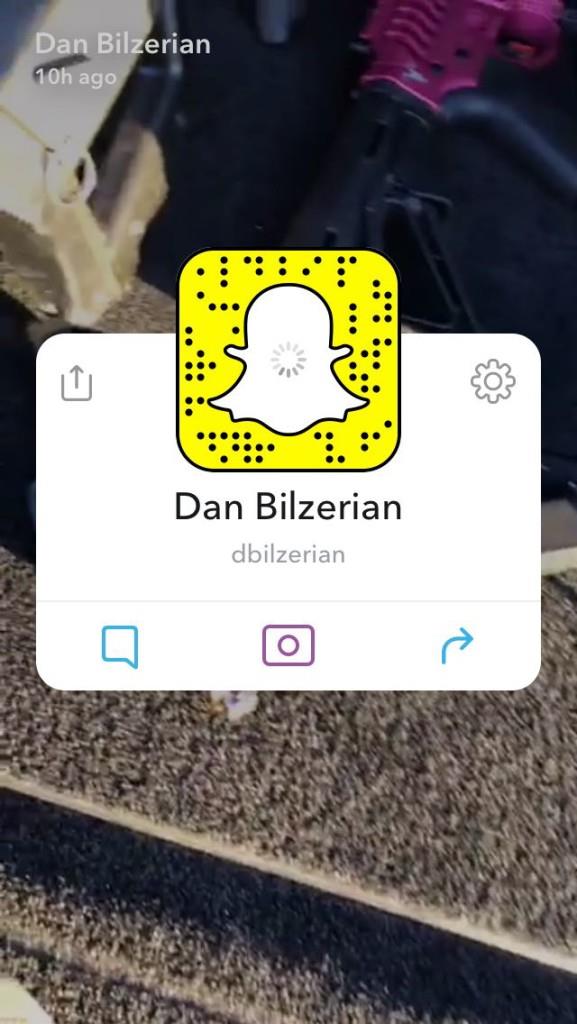 Some websites wrongly state that Dan Bilzerian’s Snapchat username is danbilzerian or danbilzerian111. These are not true. The first one was banned by Snapchat because of the nudity story. The second is no longer in use. The only username in existence is, as stated earlier, dbilzerian.

There are rumours that Dan Bilzerian will be contesting for the 2020 Presidential elections. This rumors have been sparked by Bilzerian’s posts on Instagram and Facebook. Although this is highly unlikely, it won’t come as a surprise given the fact that Donald Trump is running in 2016. Anything can happen. 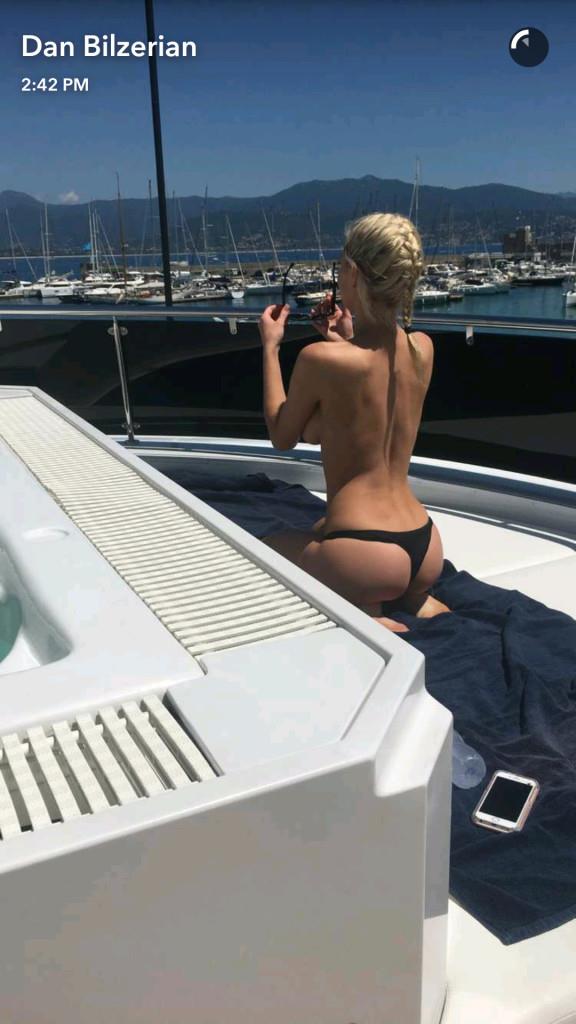 Dan Bilzerian’s Snapchat posts are mostly filled with videos of him and his girls shooting at a ranch or the desert, partying on a yacht with lots of beautiful girls and playing poker with his buddies.

Bilzerian is a huge fan of guns and his collection is among the largest owned by an individual. He is friends with a lot of celebrities, notably Steve Aoki, Tony Toutouni who is often the dubbed the new king of Instagram; he has been seen with the likes of Justin Bieber, Mayweather, Pacqiaou, etc. 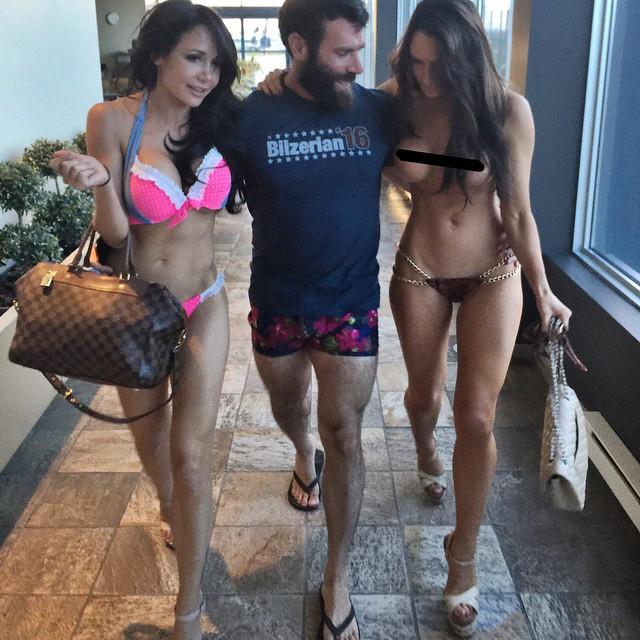 Dan Bilzerian has also acted in several movies, however only in small roles.