Snapchat, formerly known as Picaboo, has done really well since its July 2011 launch.

Evan Spiegel, co-founder and CEO, and Bobby Murphy, co-founder and CTO, somehow found themselves just as famous for creating the revolutionary disappearing-image app as they are for turning down a $3 billion offer from Facebook. And they’re not even 30 years old.

We’ll have to wait and see whether the $123 million in funding and the more than 400 million snaps sent every day will pan out for the co-founders — despite Spiegel’s rich-kid reputation, a security breach that compromised 4.6 million users’ personal information and no profit.

After all, their college days aren’t that far behind them, and they still seem highly uncomfortable dealing with the press (and Stephen Colbert, for that matter).

While the precise ownership of Snapchat continues to be hotly disputed, here we’ll focus on the two officially recognized co-founders, Spiegel and Murphy — grudges, misunderstandings, and legal battles with Frank “Reggie” Brown aside.

1. Spiegel and Murphy met while undergraduates at Stanford.

Spiegel dropped out a few weeks before graduation — he only needed three more classes.

Spiegel was social chair of his fraternity, which is interesting, since he seems to rub a lot of people the wrong way.

The administration kicked the frat off Stanford’s campus in the fall of 2010 for hosting an alcohol-laden party during a strictly “dry” weekend. 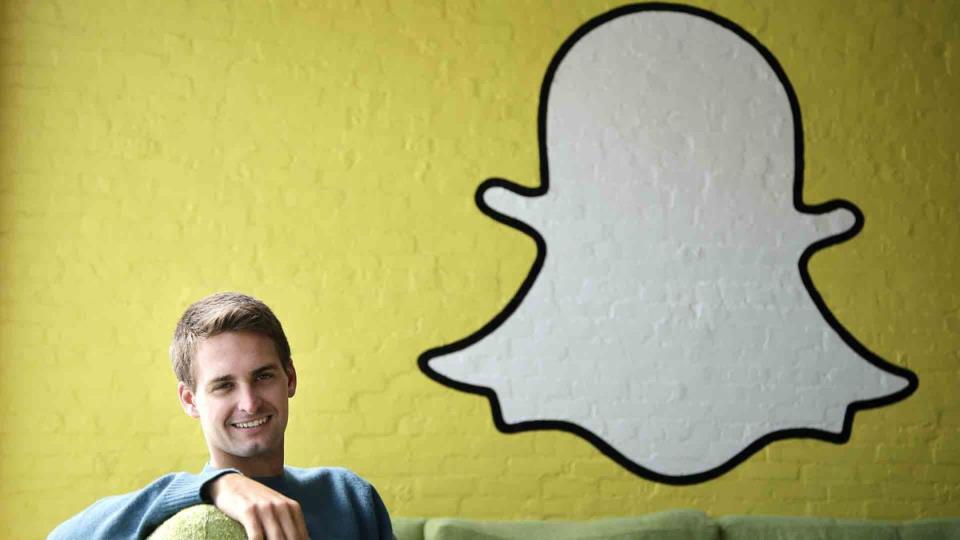 He promoted Red Bull at clubs and bars, and worked with molecular dynamics simulations at the California NanoSystems Institute.

Melissa and John Spiegel hold degrees from Harvard and Yale, respectively. Given the lawsuits surrounding Reggie Brown’s equity in the company, maybe that’s a good thing.

Spiegel’s parents divorced in 2007, but he is staying with his dad until he gets kicked out.

5. Murphy’s parents work for the state of California.

His mother also emigrated from the Philippines.

6. Murphy and Spiegel had an earlier business venture that failed.

Future Freshman, which debuted in the summer of 2010, was designed to help high schoolers, parents and counselors deal with the stressful college admissions process.

The site ended up being remarkably full-featured, but they never convinced anyone to use it. “We got, like, maybe five people on the service,” Spiegel told Forbes.

7. Murphy hasn’t tweeted anything — ever. 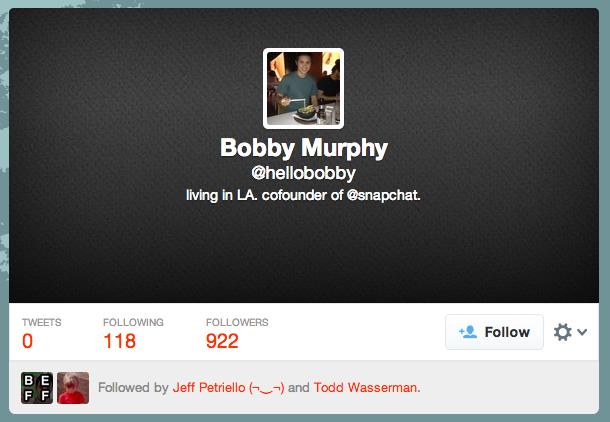 As of this writing, the @hellobobby account has delivered zero tweets since Murphy joined Twitter in February 2009.

8. After meeting with Mark Zuckerberg a little over a year ago, Spiegel and Murphy ordered Sun Tzu’s The Art of War for each of their six employees.

Zuckerberg had secretly met Spiegel and Murphy in Los Angeles, outlining his vision for Snapchat and describing Facebook’s lookalike product, Poke, which would launch in a matter of days.

“I’d describe him almost like a monk,” Kravitz said.

10. Spiegel believes in working the system.

“It’s not about working harder, it’s about working the system,” he told CNET, referring to his suggested strategy when “life isn’t fair.”

11. They really didn’t want anyone to steal their idea. 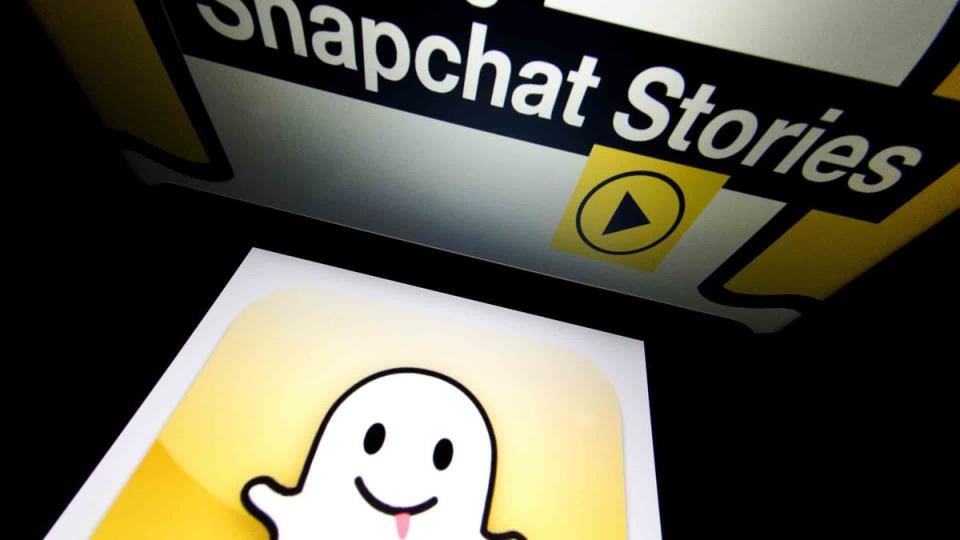 In 2012, Spiegel and Murphy desperately needed investment money to cover the cost of their computer servers — 40,000 users meant they were already maxing out their credit cards.

Spiegel met with Sierra Ventures’ founder Peter C. Wendell and Silicon Valley PR and communications big shot Raymond Nasr, both professors at Stanford’s business school. He explained they needed the money but refused their suggestion of meeting with either venture capitalists or Twitter. He didn’t want to lose company control, and was afraid the people at Twitter would steal the idea.

He was, however, open to meeting with Google’s venture capital arm.