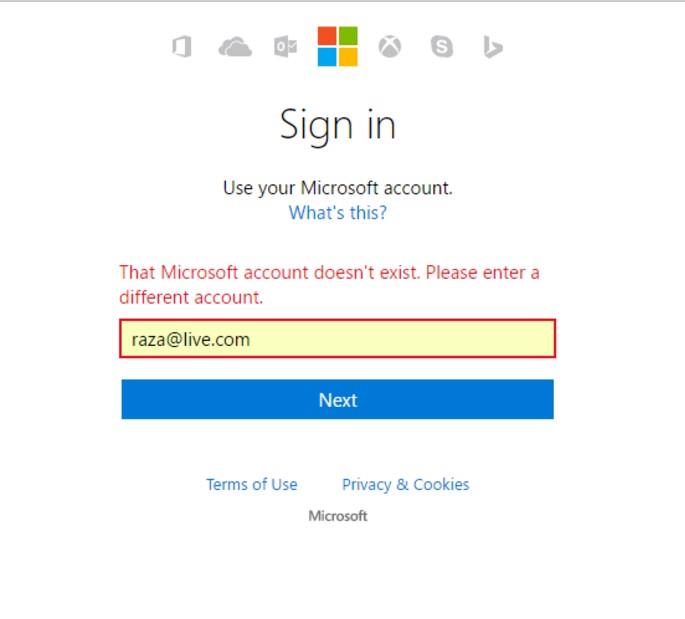 UPDATE 9:12 AM EST: Users from different regions are reporting that Outlook is up and working again, but some users say it’s still down for them.

Users of Microsoft Outlook are being greeted by a nasty surprise this morning. If you receive a message saying that your Microsoft account doesn’t exist, don’t fret. It isn’t just you.

It seems Microsoft is working on this problem fast, because the error message has changed since the first problems were reported.

UPDATE: And the outage is now affecting Microsoft One Drive because we’re receiving error messages when trying to save files to it. We’re also hearing reports about server issues for Xbox One, Skype and other Microsoft online services.

It appears as if thousands of Microsoft users are experiencing problems with signing into their accounts. Users around the world are being affected, and they’re making sure everyone knows about it by tweeting about the problems. So far, it seems that users in the U.S., the U.K., Europe and the Middle East are reporting problems, but we can expect that more countries will start seeing problems as the hours tick on.

Interestingly, it seems that the Outlook app for the iPhone is working, but the Android version of the app is not. Also emails sent through the Outlook app on PCs seem to be working.

One Drive, Xbox Live also down

One Drive is also having serious problems, as some of us are unable to save/ upload any files to our accounts. I’m receiving a message stating that I must enter the account I want to use to open the file by entering my email address. 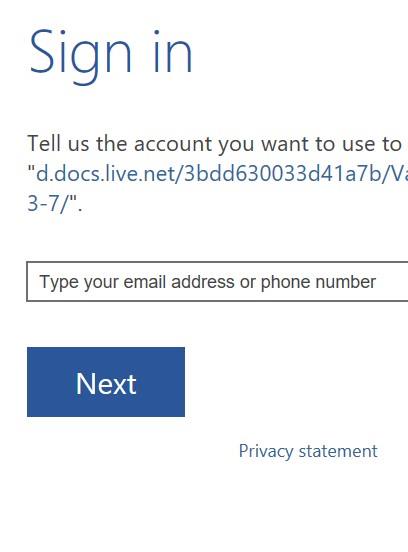 Social media users are also tweeting fast and furiously about problems with Xbox Live. Some are even claiming that there’s been a massive hack of Microsoft’s servers, but of course it’s far too early to know what the problem is. These are just rumors at this point.

Some are reporting that Microsoft has confirmed server problems with its online services, but on its Office Portal status page, the company says “Everything is up and running,” at least as of this writing. However, third-party services such as Down Detector and others are showing problems with Microsoft services around the globe.