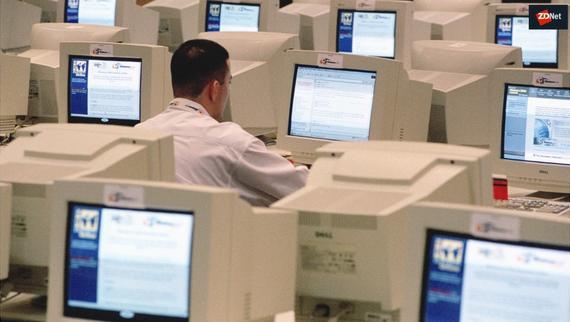 Last week, a key event occurred in the history of personal computing. It marks the beginning of the death of the operating system that we recognize today as Microsoft Windows.

In order for the Windows brand and Microsoft’s software business to live, Windows — as it exists today — must die.

The first of Windows’ lives occurred in the period between 1985 and 1995. During this time, Windows was a bolt-on application execution environment that ran on top of the 16-bit DOS operating system, which was introduced with the original IBM PC in 1981.

The commonality that the consumer version of Windows and Windows NT had was that they shared many of the same APIs, which are collectively known as Win32.

Thus, the second generation of Windows technology descended from Windows 95 “died” at this time.

The .NET Framework was intended to replace the legacy Win32. It has continued to evolve and has been slowly adopted by third-party ISVs and development shops. Over the years, Microsoft has adopted it internally for the development of Office 365, Skype, and other applications.

A lot has changed in the technology industry in 16 years, especially the internet. Web standards have changed, as have the complexity and sophistication of security threats. More and more applications are now web-based or are hosted as SaaS using web APIs. 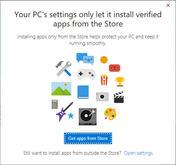 With Windows 10 S, Microsoft is trying to once again build a wall around the wide-open PC ecosystem. Its last attempt was a spectacular failure. Can it succeed the second time around?

Microsoft introduced a new programmatic model with the introduction of the Windows 8 OS. That framework, which is now commonly known as Universal Windows Platform (UWP), is a fully modernized programming environment that takes advantage of all the new security advancements introduced since Windows 8 and that are in the current Windows 10.

In addition to including the latest implementation of .NET, UWP also allows apps to be programmed in C++, C#, Objective C, VB.NET, and Javascript. It uses XAML as a presentation stack to reduce code complexity.

Some of it is developer laziness. It’s not like they haven’t had 15 years to learn and adopt .NET and the past five years to adopt Metro/Modern/UWP.

That takes time and money.

Not all of this is developer laziness; it’s also the systemically bad end-user and IT organizational habits of keeping old versions of apps around rather than move into newer licensing models and newer versions of the apps.

A lot of ISVs are going the SaaS and web app route, or are providing their legacy apps in hosted desktop environments while they develop modernized web and SaaS apps to replace them.

So what kind of shape is UWP in today? Is it ready for developers to move to as a complete replacement programming model for Win32?

A lot has changed over the last five years since the original Metro/WinRT programming stack was introduced with Windows 8.

That being said, the current implementation of UWP is quite good, and anything written to it will run on any architecture that UWP runs on, which includes all the versions of Windows 10, XBOX One, and the Hololens.

My preferred Twitter client, Tweetium, is one of these — so are the built-in Mail and Calendar apps on Windows 10.

Unfortunately, the only problem with Windows 10’s advanced security model is when you run legacy apps on it. That’s the double-edged sword of backward compatibility.

Microsoft’s only choice to move forward is to throw the Win32 baby out with the bathwater. And that brings us to the introduction of Windows 10 S.

To bridge the app gap, Microsoft is allowing certain kinds of desktop apps to be “packaged” for use in the Windows Store through a tooling process known as Desktop Bridge or Project Centennial.

Read also: How IBM can avoid the abyss | Intel x86: No cloud for you | Four years at Microsoft: My ringside seat to unprecedented transformation | Windows 10 S has the potential to create lifelong Microsoft customers (TechRepublic)

Win32 apps put a tremendous drag on the on the developer ecosystem — and Centennial is a straightforward and easy step toward removing that drag. For application developers, it also provides some great analytics tools as well for software distribution to various markets.

Some Win32 apps can probably be remediated for Centennial easily, some cannot. The more legacy an app codebase is, the worse shape it is probably in.

A casualty of those sandboxing rules is Google’s Chrome browser. For security reasons, Microsoft is not permitting desktop browsers to be ported to the Store. In theory, Google could build its own compatible UWP browser, but it would bear little resemblance to Chrome on the desktop. The default browser, for now, is Microsoft Edge, period.

Obviously, not everyone is going to be able to run an OS like Windows 10 S overnight. So Microsoft is using the Surface Laptop and other low-cost systems in the $200 to $300 range made by OEMs as a trial balloon to test the waters of the end-user market.

You can accuse Microsoft of many things, but sitting on its laurels and being risk-averse is not one of them. There’s a lot of risk in releasing a version of Windows and accompanying systems that cannot run a preponderance of legacy Windows applications out of the box.

There is clearly much more work that has to occur to ditch Win32 beyond getting the majority of users on a Windows OS that doesn’t run legacy code. 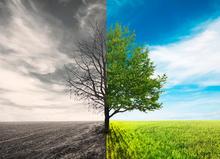 Four years at Microsoft: My ringside seat to unprecedented transformation

The last four years were an exciting and challenging time to be at Microsoft, arguably the most transformative time in the company’s history.

To realize that endgame, another half of the future Windows OS has to mature that end-users don’t see. And that’s Azure.

Like burrowing out the transcontinental tunnel, at some point, the tunneling machines will eventually meet in the middle.

The Office client applications are also updated every month as part of your Office 365 subscription, so as long as you don’t turn updates off you are always running the most current version of Office.

How does Click-to-Run get around the problem that the installer is Win32? It copies the sequence of files that gets installed, but that doesn’t change the fact that the Office code that runs is still Win32.

There are definitely some limitations but I would say for at least 50 percent of workers who use Office on a day to day basis, the web versions of the Office apps get the job done.

Today, the Click-to-Run/App-V software distribution technology is tied largely to the x86 platform because of the way desktop apps are written. But UWP apps don’t have this limitation; they can run on Windows 10 Mobile, or in theory, a Windows 10 PC running on an ARM processor.

But in a few years, they could return, because Microsoft has done all of the hard work since its Windows 8 mishaps to undergo full platform convergence.

As Microsoft’s Azure cloud evolves and the 365 Online offerings become more and more sophisticated, more apps using web APIs can be wrapped as UWP. This also goes for third-party web apps, including Google’s, if the developers put some minimal effort to optimizing their web apps for the Edge rendering engine.

There will be less and less need for legacy desktop apps running on client devices, particularly when legacy code can be isolated in Azure using virtual machines and containers for improved security. That’s where stuff like XenApp Essentials and XenDesktop Essentials by Citrix and other third-party desktop hosting technologies like IndependenceIT come in.

Windows, as we know it today, based on the legacy Win32 APIs that have been around for decades, will die. That’s Microsoft’s intention as well as its current mission to improve the overall computing experience for everyone. But Windows as a brand will continue, as a secure operating system optimized for applications that heavily leverage public and private clouds.

Will you embrace the death of the Windows desktop environment and migrate to UWP applications? Talk Back and Let Me Know.