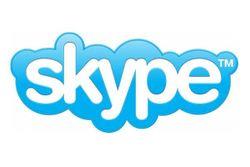 Over the last year I have started to use Skype

more and more to video conference. Being somewhat short of cash and also not having training schools, the GENESIS solution never appealed to me. (Although it is extremely relevant to general YWAM leadership it seems to have stayed in the realm of training).

Skype is very proprietary (something the GENESIS folks rightly discourage) but due to its zero cost and cross platform nature it is already established as the video conferencing solution of choice for many YWAMers. I like Open Wenga Phone as it is an Open Source project, uses open protocols and works much better with Linux.

Preparing for a Video Conference

Due to recent Government snooping it is now well known that Skype conversations and chats can and are being accessed by the US government. See this article for more.

A Conference in Photo’s