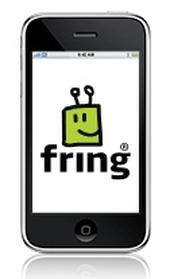 Face Time looks easy to use and from what I have seen and heard the performance of it is quite good. However, it is limited to just WiFi connections and for many of us this means a home, work, or coffee shop location where we may already have a PC or Mac to be able to make video calls through standard Skype service that has many more users than iPhone 4 to iPhone 4 only Face Time service. Apple is providing the API for Face Time so that hopefully developers build apps across platforms to support the service, but that has not yet happened and remains to be seen. I doubt AT&T will open up support for Face Time via 3G any time soon as they have enough trouble keeping their data network up and running without live video chatting going on. While there are millions of new iPhone 4 owners, Face Time will have to roll out across more devices for it to be a standard.

The Sprint EVO 4G supports Qik for video chatting and it works over 3G, WiMAX, and WiFi fairly well. However, Qik is a proprietary service and you will need to find other Qik owners with supported devices to be able to conduct video chats over the network. I was excited to see Fring launch on the EVO 4G with support for video chatting via Fring and Skype. However, we just found out that Skype banned Fring from providing support for Skype services with their software Fring removed Skype support from their Fring client. There initially was an issue with iPhone 4 owners overwhelming their servers, but just after they expanded capacity Skype shut them down Fring apparently removed Skype support. You can still make video calls over the Fring network though and since Fring works on various operating systems (iPhone, Android, Symbian) this may be the best alternative for you. You can make Fring to Fring video calls between iPhones and Android devices.

UPDATE: It turns out that Fring may have been a bit overly aggressive in its post and is ticked at Skype, but Skype issued the following official statement that states Fring was improperly using its API.

Skype has been in discussions with Fring regarding our belief that Fring is breaching our API Terms of Use and End User Licence Agreement. Skype is disappointed that an amicable resolution was not possible. There is no truth to Fring’s claims that Skype blocked them, it was their decision and choice to withdraw Skype functionality.

Skype encourages openness and supports developers to build products that work with Skype in accordance with our various API licenses. In this case Fring violated Skype’s terms by misusing the Skype software in ways which it was not designed for and which does not scale to meet consumer demand. Just this past weekend Fring had to pull down Skype support for their iPhone video client which further damaged the Skype brand and disappointed consumers yet again.

Skype will rigorously protect its brand and reputation and those companies that do not comply with our terms will be subject to enforcement.

The Nokia N900 looks to be the only smartphone available in the US at the moment that officially supports Skype video calling thanks to its fairly recent firmware update. This works over 3G and WiFi, however the N900 only supports T-Mobile USA’s 3G data network and not AT&T’s so there are a limited number of people with the device. I communicated with the folks at Skype and learned that the implementation of Skype video calling on the Nokia N900/Maemo 5 is an official Skype app that was co-developed by Skype and Nokia. The deep integration of Skype into the contact list on the Nokia N900 was the exact type of thing Skype and Nokia execs were alluding to at Mobile World Congress in 2009 when their partnership was first announced.

It would be great if Skype would launch mobile software to support video calling across multiple platforms and if they did so they would easily be the new standard in video calling.  I make video calls to my family all the time via my Mac when I travel outside the country and with millions of Skype customers around the world this appears to make lots of sense. A Skype spokesperson told me the following that shows they are quite committed to bringing video calling to the mobile space:

However, there is currently no official Skype video client on any platform but Maemo 5, so at this time, it looks like Fring may be the best choice for cross platform video calling while Apple’s Face Time and Qik are probably best for singular platform usage.