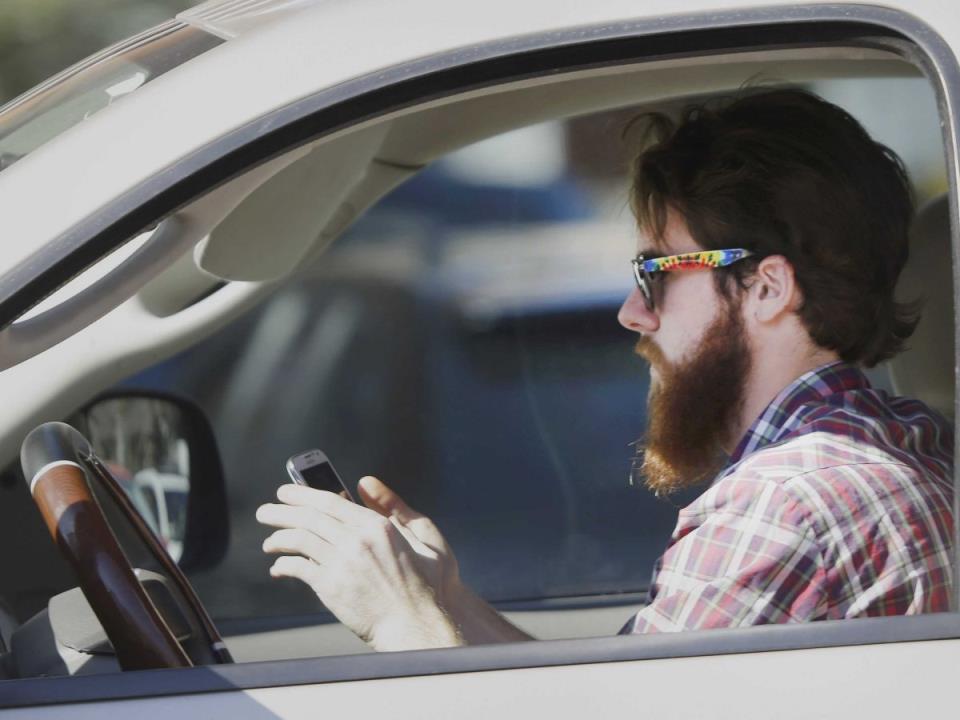 An man works his phone as he drives through traffic in Dallas, Tuesday, Feb. 26, 2013. Texas lawmakers are considering a statewide ban on texting while driving. AP/LM Otero

If you stink at math and analytical thinking, Uber is probably not the place for you.

People who have applied to jobs at Uber, particularly for general manager, operations, and marketing manager positions, say the process is lengthy and difficult. And if you’re type of person who crumbles under time-pressure, you may just want to walk away now.

If you do get a job at Uber, there’s good news. The company is still handing out stock options, which will come in handy when the $41 billion company finally goes public.

Many candidates say the process is harsh, but fair. Uber doesn’t ask many brainteasers, like Google was infamous for. Instead it uses real-world scenarios to see if candidates can hit the ground running.

A friend tipped us off to Uber’s grueling interview process, and candidates have written about it extensively on job site Glassdoor. Here’s what they say the process is like for most roles at Uber.

Each position begins with a preliminary Skype or phone call which is reserved for get-to-know you questions.

If the interviewer is a fan, that’s when the process gets harder.

But if you’re interviewing for a General Manager position, where you’ll be launching and leading a team in a new city, be prepared to take a 2-hour timed analytics test.

The online test is 32 questions long, with multiple choice and a few short essays. The questions are based on two CSV files that candidates must download. There’s only one version of the test Uber uses, although some answers may be weighed more heavily depending on the market, candidate and position.

The test asks candidates to interpret data with questions such as: “Which 10-hour span in the course of two weeks had the most Uber requests,” and “Which of the following metrics would be most valuable for determining demand?”

The essays included: “Write a letter to drivers,” and “Pick bonus structures that would incentivize drivers to work and explain them.”

“I finished in about 1 hour 45 minutes,” one candidate for an Operations and Logistics role wrote on Glassdoor. “There were only about 3 questions that were very difficult.”

This person then had two more phone interviews and a 2-hour in-person interview at Uber’s headquarters, where a room full of people fired off questions and other candidates were being interviewed for the same job.

Questions asked during that meeting were detailed on Glassdoor:

Finally, this person was told to turn around a PowerPoint presentation about something they were passionate about within 24 hours. Uber requires a final presentation of most operations and general manager candidates who reach the offer stage.

Snagging a job at Uber can be time consuming. One person who interviewed with Uber in January 2015 describes a 7-week process on Glassdoor. The process began with a handful of phone interviews; this person was ultimately offered a job as marketing manager.

Instead of a timed analytics test, this person had to take a creative test that could be completed more or less at leisure. Like the analytics test, there is one creative test Uber uses globally, although answers are weighted differently by each hiring manager. One candidate spent two weeks turning it around and says it was difficult to complete. The test had five sections and this person wrote 11-pages worth of answers. Uber’s creative test currently has four sections.

Another marketing candidate who interviewed with Uber in February describes the creative assignment as a “beast.”

“It’s five sections of copy, idea generating, and brand matching. It’s absolutely comprehensive and legitimately asks for no fewer than three fresh ideas for Uber with an additional section telling you to list EVERY MARKETING IDEA YOU HAVE,” the candidate writes on Glassdoor. “The sections you need to be prepared for are writing blogs, responding to customer emails, twitter responses, Marketing (I.E. any additional Marketing ideas you have) and Promotion Analytics.”

One candidate, Christina Chow, says she took an Uber creative test in 2014. Chow revealed all the questions and her answers  to a 5-hour, 3-part creative test on WordPress. Here’s the document she says Uber gave her.

“Community managers are all right brained,” Kalanick told Inc’s Christine Lagorio-Chafkin. “D-ops (‘driver operations’) are left-brained. They are crunching numbers all day…They have to pass an analytics test. They are lots of former Goldman people.”

And if you want to be a general manager at Uber? Then you’d better have both your right and left brain in tact. They’re required to pass both the timed analytics test and the creative test, as well as submit a 6-month plan for their city.

“We’ve gotten really good at finding that creative and analytics cross with a leadership component,” Kalanick told Inc. “In 15 years all of these guys will be running Fortune 500 companies. They are killers.”

If you’re not scared off and think you have what it takes to work for Uber, there are currently more than 70 general manager positions open.