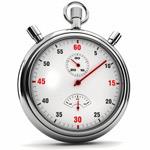 This article examines the real-world connection speeds for people in the top 50 countries on the Internet, i.e. the countries with the most Internet users.

These 50 countries together have more than 1.8 billion Internet users.

Why would you be interested in knowing how Internet connection speeds are distributed among various countries? Here’s why:

Thanks to data directly from the world’s largest CDN provider, Akamai, we were able to create this report for you. Real connection speeds for Internet users from all over the world. The data is from the second quarter of 2010, so it’s up to date.

(Just in case you don’t know about them, Akamai is the big dog among content delivery network (CDN) providers. The company has servers all over the world and reportedly can handle as much as 15-20% of all Web traffic on any given day. This puts Akamai in a unique position since they can measure actual download speeds all over the world on a consistent basis.)

As we mentioned before, the number you see within parenthesis next to each country is its worldwide rank in terms of Internet users, i.e. its size on the Internet. The chart is sorted by the average connection speed. 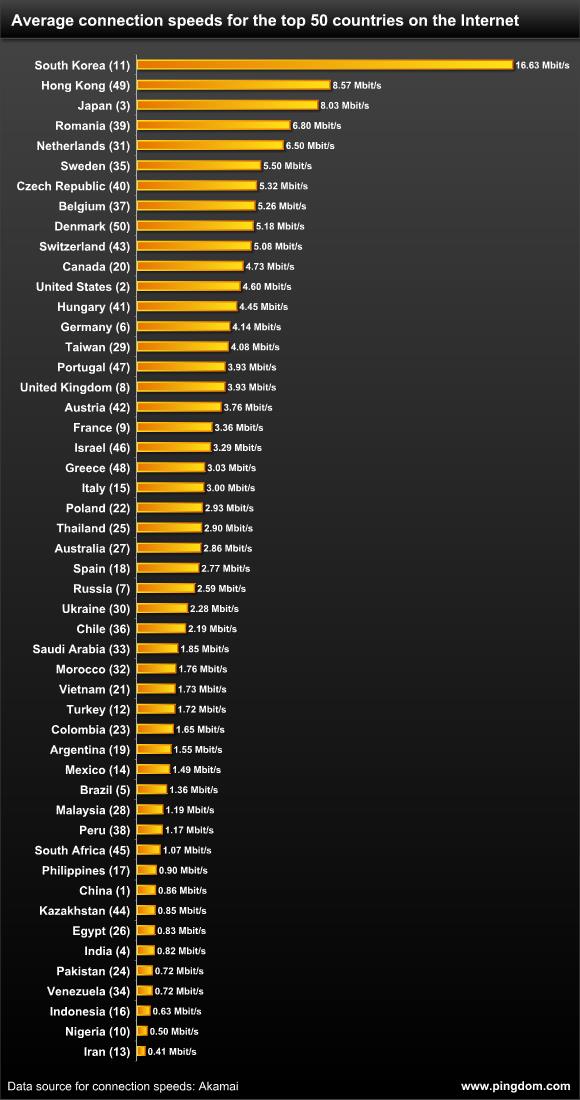 The average connection speed for Internet users worldwide, not just among these 50 countries, but all countries, is an average of 1.8 Mbit/s. As an average, this is actually pretty good, but as you’ve seen, there are plenty of extremes in either direction.

And here’s how the various connection speeds are distributed. Once again, this is not among these 50 countries, this is for the world seen as a whole (from Akamai’s perspective).

Now on to the prettiest of these charts… What you see here below is how the connection speeds of each country are distributed, just as in the worldwide chart. It’s great for giving you a good overview of the situation in each country, since an overall average can only tell you so much. 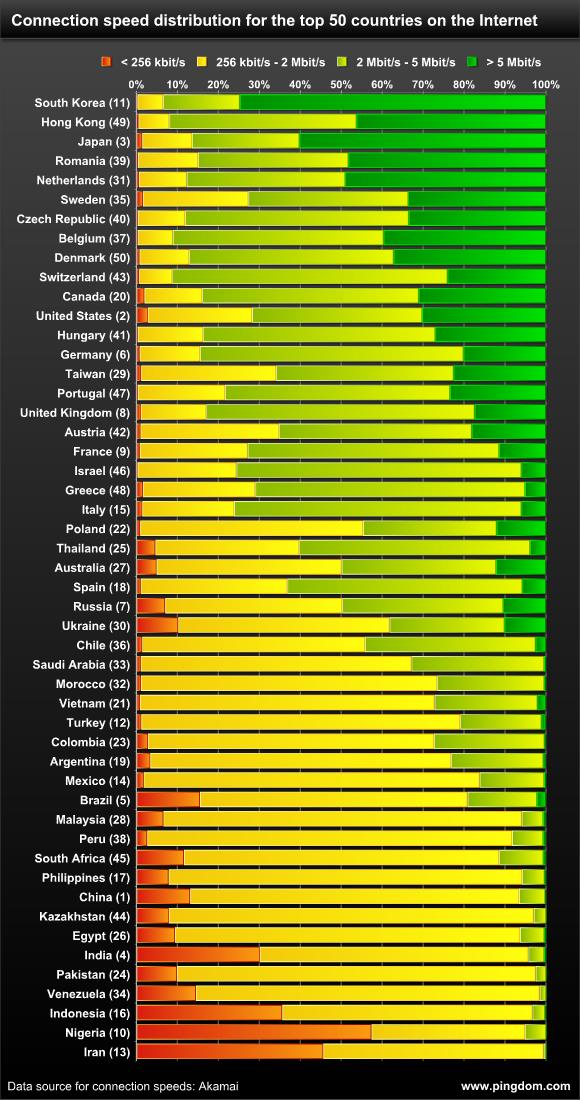 The country list is sorted by average connection speed.

As this chart shows, the slowest connection types (less than 256 kbit/s) have almost been eradicated in many countries. However, in many developing nations these still make up a significant portion of the connections.

Real connection speeds are what matter

As we mentioned earlier, Akamai was kind enough to provide us with the connection speed data for this article, which made all the difference. (A big thank you to David Belson at Akamai for his help.)

So now that you have this report in front of you, why not take a close look at how fast the Internet is in your country? And how does your own connection measure up?

We’ll be doing at least one more post based on the data we got from Akamai, so keep your eyes open.