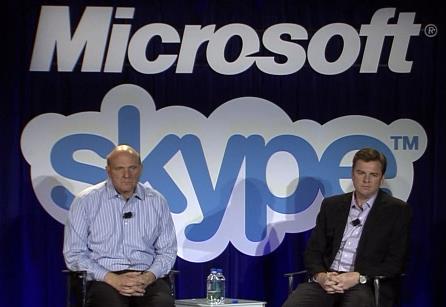 is a daily report from SAI. Sign up here to receive it by email.

The 20 best smartphones in the world

Google has updated several apps for the iPhone X, but not the ones you want

MSFT Down With The Market  Stocks are mixed after the release of various economic data. Sales of existing homes took a dip in April signaling that the struggling housing market is still trying to find footing after the financial crisis. That said, signs are pointing to a continued recovery in the job market. Shares of MSFT are down with the rest of tech. Upcoming catalysts include entrance in the tablet market; Windows Phone 7 adoption with hardware partner Nokia; strides against current market leaders in cloud computing; making money in the online business including integration of Skype and improving the search business (retooling the Bing / Yahoo! partnership or just buying them outright); and continued momentum of Kinect and the next generation console. The stock currently trades at 8x Enterprise Value / TTM Free Cash Flow, inexpensive compared to historical trading multiples.

Technology Hub Goes With Microsoft Over Google (Information Week)The city of San Francisco plans to consolidate seven separate email systems to Microsoft’s hosted cloud-based email service over the next year. The city is currently migrating 23,000 employees across 60 departments and agencies to Microsoft Exchange Online. Testing has already begun with 300 pilot employees. The initiative would cost $1.2 million per year, which breaks down to $6 per month per user. The contract is another win for Microsoft as it takes on Google Apps. Read more at Business Insider.

Microsoft And Nokia With Skype Could Take On Mobile Carriers Around The World (ZDNet)Bill Gates advocates Microsoft’s takeover of Skype, and urged other board members to support the move. International domination may be a good reason for the enthusiasm. He predicts that video conferencing is set to become much better and bigger, upending the mobile carrier market. Nokia and Microsoft could take Skype and integrate it to the point where it can minimize carrier connections on the fly. If Skype could instinctively leverage Wi-Fi where ever possible, or cut out wireless carriers entirely, Nokia and Microsoft could do a real service. Read more at Business Insider.

Intel Executive Spills The Beans On Microsoft’s Multiple Windows Systems (The Microsoft Blog)Microsoft will make a few versions of the next Windows operating system, including four versions for tablets and smart phones that use ARM chips. The ARM versions won’t run old Windows software but the version for Intel chips will according to Renee James, head of Intel’s software business. Matt Rosoff at Business Insider says the whole process sounds insanely complicated for Microsoft, which previously only had to build for one architecture. Developers may also face challenges writing their apps for both platforms.

Top Technology Stocks For TIAA-CREF (Seeking Alpha)TIAA-CREF’s equity fund has a diversified portfolio, 19.8% of which is invested in technology stocks. One of the top picks is Microsoft. The company has a forward P/E of 9.04x and pays a 2.56% dividend. Return-on-assets (ROA) is 23.61%, while return-on-equity (ROE) is 43.96%. Analysts give a 2 recommendation for the company (1=Buy, 5=Sell).