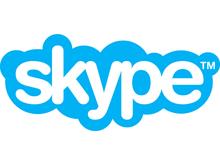 Microsoft shocked a number of developers and customers with its announcement last week that it would be putting its Skype eggs in the Desktop App basket.

I asked the Skype team to clarify some of the many questions sparked by the company’s June 11 blog post about the company’s plans for Skype on Windows 10. Here are my questions and Microsoft’s answers, attributable to Aga Guzik, Skype Senior Product Marketing Manager.

A: Our decision to retire the Skype app for modern Windows is partly due to user feedback around ease of managing multiple conversations and navigation – primarily by mouse and keyboard users – as the app was originally intended for touch users. The desktop application solves these issues and offers a better experience.

Q: Why couldn’t Microsoft evolve the existing Modern skype app into a Universal Windows Skype app — instead of and/or in addition to launching a bunch of standalone, separate Skype apps?

Q: The Office team is building a bunch of standalone Office apps for mobile Windows users. They call these “Universal” Word, Excel, PowerPoint, OneNote and Outlook. Are the “task-based” Skype messaging, phone, video apps also going to be “universal”?

A: Yes, the Universal Messaging, Phone and Video apps on Windows 10 with Skype built in will run across phone, tablets and desktops.

A: The Universal Messaging, Phone and Video apps on Windows 10 – that will have built in Skype functionality – will run across Windows 10 devices, from phones through to tablets to PCs. They are not specifically designed for mobile users. Offering Skype within the communications tasks caters to users who want simplicity and efficiency to focus on the task at hand without needing to download anything on Windows 10 devices or launch additional applications.

A: The Universal Messaging, Phone and Video apps on Windows 10 with Skype built in, will come on desktop, mobile and tablet for consumers. Users can choose to turn off functionality by logging out of the Skype video app.

A: The Universal Messaging, Phone and Video apps on Windows 10 with Skype built in will come with an update to Windows 10. Anyone on Windows 7 and above and Windows Phone 8.1 and above will be able to take advantage of the experience if they choose to upgrade to Windows 10 for free.

A: On Windows 10 we can integrate Skype directly into the Microsoft platform. If we see a need for similar experiences on other platforms, we may consider building them.

Between July 7 — when Microsoft does away with Skype Modern for all Windows users (except those running Windows RT devices) — and the debut of the coming Universal Windows Skype communications apps, Windows users’ only Skype choice will be the Skype Desktop app. So far, there’s been no word on when Windows Insiders will be able to start testing the promised Universal Skype communications apps.

Here’s more about Skype for Web.