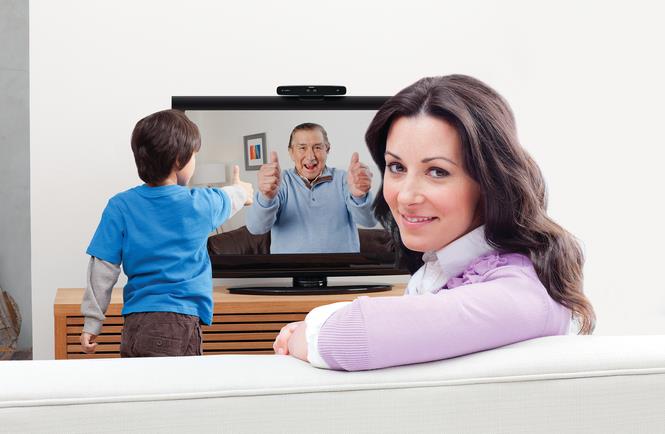 Hosting a video call on your television, once the dream of sci-fi fans everywhere, is finally becoming more and more common. Thanks to TV’s with cameras and Skype built in, as well as products such as the Logitech TV Cam HD, bringing Skype to an older HD TV is now possible. I’ve had the TV Cam HD from Logitech for awhile now and have used it for numerous meetings, or to just say hi to my wife and kids back home. Let’s take a look at how well it performs. 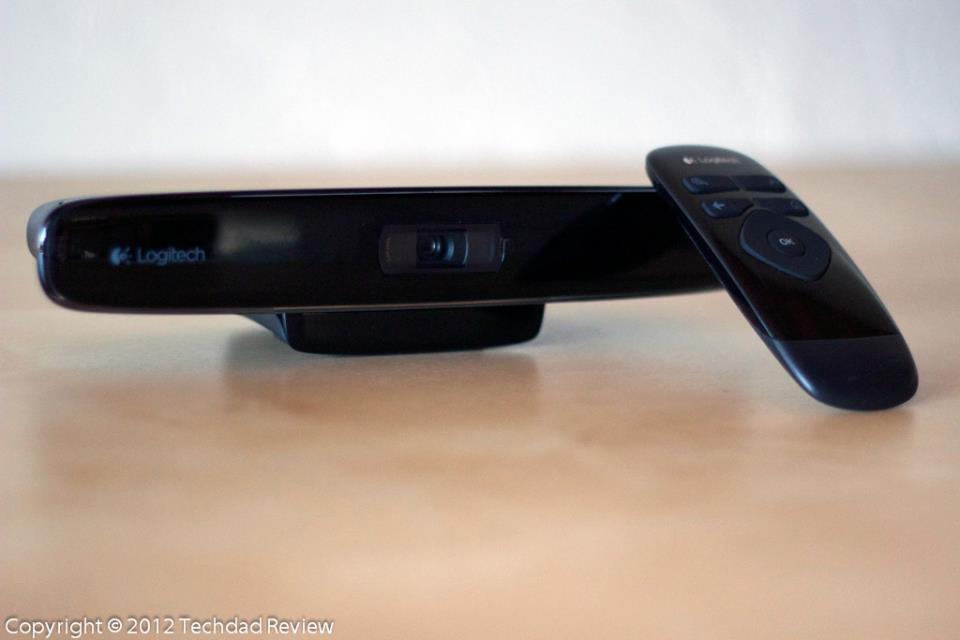 When I was first presented with the opportunity to review the TV Cam HD, I was pretty excited. I have said over and over I wish our generation could force the end of all voice phone calls, instead going to only video calls. There’s a more personal experience when you can actually see who you are talking to, as opposed to just a voice on the other end. It forces both parties to pay attention to the conversation –– a rare feat nowadays.

In the box you have the actual camera, an HDMI cable, power cable and a remote. Setting up the camera is easy; plug in the HDMI and power cables, tune your TV to proper input and follow the on screen prompts. You’ll need a Skype account along with access to an Ethernet cable or Wi-Fi. You’ll use the included remote to navigate around menus and tilt/zoom the camera before or during a call.

Once the TV Cam HD is all set up and you’ve logged into your Skype account, you’re ready to place a call. You can call anyone in your contact list, or place calls as you would from Skype to local and international numbers. You can only remain logged into one Skype account at a time, but your user name will be saved on the device, allowing you to easily access multiple accounts in the future. You’ll just need to logout of one account, then login to another. 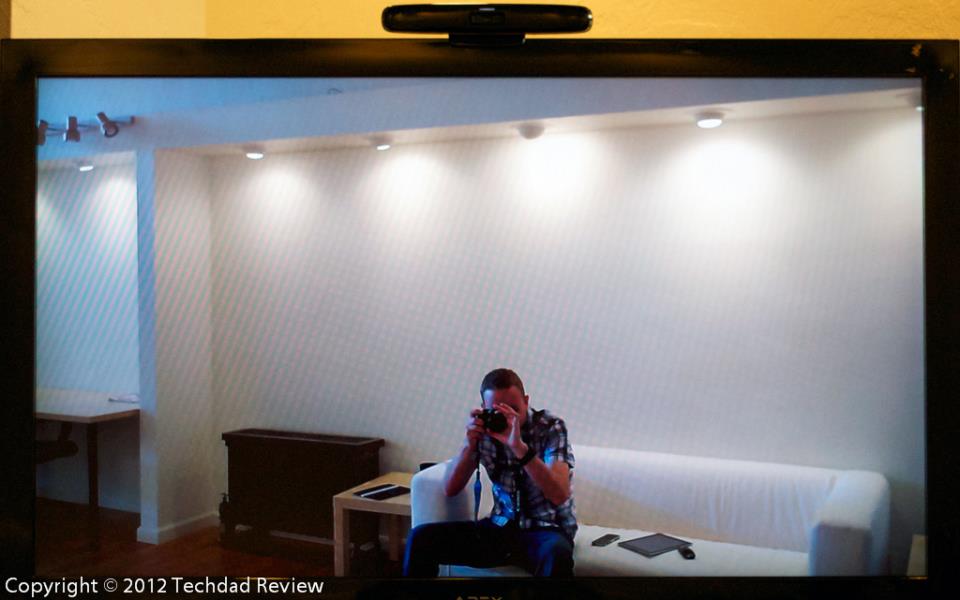 Using the remote, if you’d rather zoom in on a single part of the room, you can zoom and then pan over to it. With the zoom set to zero, you can see the wide angle view really does show off quite a big area. This view makes the camera ideal for businesses to use in meetings, or families in their living rooms.

So what happens if you’re TV is off when you get a call? Well, the camera itself will ring, and if your TV supports Consumer Electronics Control (CEC), it will automatically turn the TV on for you when it starts ringing. 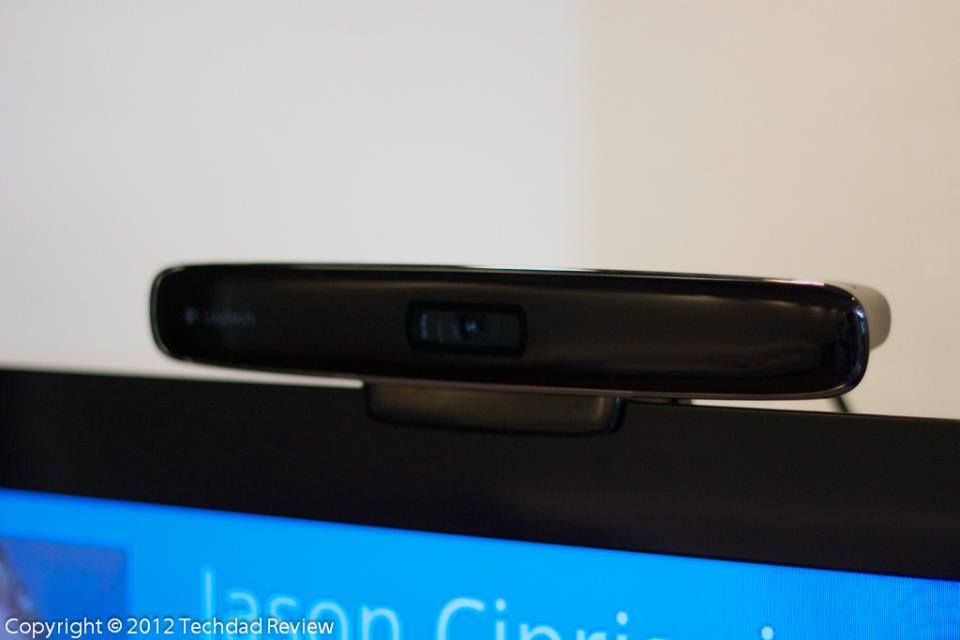 I held a few meetings and some random Skype calls using the camera, with much success overall. There were times in my office where I had a lot of feedback and echo. To remedy it,  I would have to get up and physically adjust the camera’s position, or adjust the volume of the TV until the feedback dissipated. The video and audio quality on the other end, according to the various people I used the camera with, was great. They could, at times, hear the echo as well,

Overall, though, the quality of calls, both audio and video, was as good, if not better, than what you’d expect on your computer. Besides the occasional echo, the only other ding I would give the camera is the price. At $199, I would expect it to do more than just use Skype. What would those other services or capabilities would be? Not sure. Post videos and photos to Facebook, perhaps? The price is steep, for a product that does one thing and one thing only — although it does it pretty well.

If you’re in the market for the latest and greatest HD camera for your TV to use with Skype, give the Logitech TV Cam HD a look. You can order it direct from Logitech’s Web site.