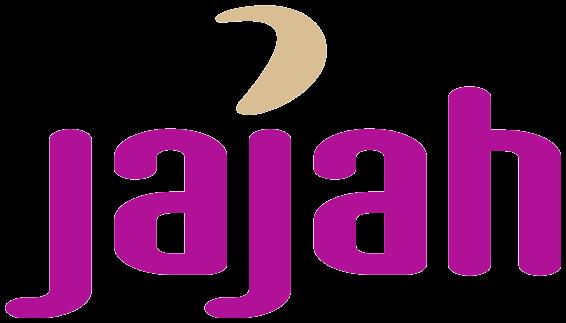 Dreams of greater independence and mobility have always inspired people to break the mold, leading to innovations to satisfy these demands. This has certainly been the case with Roman Scharf and Daniel Mattes, two successful Austrian entrepreneurs and founders of JAJAH Corporation1 ,one of the most successful IT start-up companies of recent years, now headquartered in Mountain View in the heart of California’s famous Silicon Valley. Recently named a TiE50 award winner in May 2009, for being one of the most promising start-ups and “a leader in innovation, ingenuity, and management excellence,” JAJAH has also won the Alexander Graham Bell Award for Best Communication Solution, as well the Always On, and the Global Red Herring Award. What are we talking about?

JAJAH is a VoIP (Voice over Internet Protocol) service that gives a user the potential to make long distance calls at much lower rates compared to standard phone lines, using the VoIP technology which delivers voice communications over IP networks such as the Internet. From this point of view it is similar to Skype, a pioneer within the VoIP sector. But what differentiates JAJAH from Skype, and doubtless is one of the main secrets of its success, is the fact that neither the caller nor the receiver needs anything but a phone – no headset, no software, no computer, and no broadband connection. The idea behind JAJAH is both simple and brilliant: Once a call is initiated via JAJAH web, JAJAH calls back the caller as well as the intended receiver. The call is then routed through the calling party’s phone network (landline or mobile), to JAJAH’s servers, and then back out through the call receiver’s phone. JAJAH even allows a person to get a local number for international contacts, which permits the calling party to save the numbers in an address book and dial the number directly from his/her phone. Compared to Skype, mobility and flexibility are defined in a totally new way. JAJAH can be used from anywhere in the world, as long as there is a connection with an operator.

{access view=guest}Access to the full article is free, but requires you to register. Registration is simple and quick – all we need is your name and a valid e-mail address. We appreciate your interest in bridges.{/access} {access view=!guest} 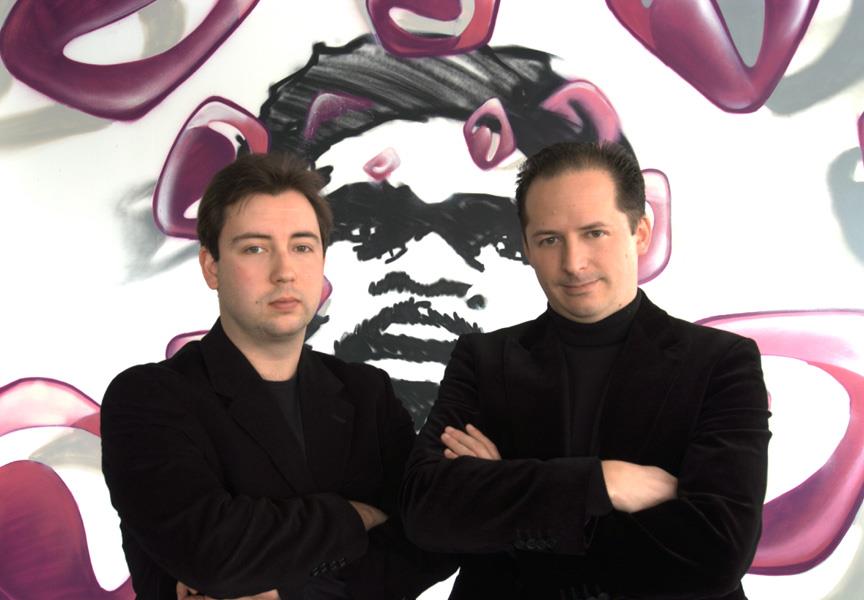 This principle was the decisive factor when Scharf and Mattes – who were introduced to each other by a common friend – committed to promoting their own company and taking on the market leader Skype. They envisioned the development of a competitive product including text messaging, video, and conference calls, that encourages the use of VoIP services but does not force its users to change their habits significantly. “Among our friends everybody knew Skype, but no one was actually using it, as none of them wanted to be bound to a computer and use a headset while making a telephone call,” Mattes remembers. At that time, not only had both Scharf and Mattes successfully sold their former businesses, providing a financial basis to start with, but they seemed to complement each other perfectly in terms of their respective areas of expertise: Scharf had graduated from Vienna Business School and received an award for his thesis on “Environmental Management and Eco-Auditing.” After working for the European Commission, he worked as a management consultant, where he distinguished himself in the fields of project management, marketing, and business development. By contrast, Mattes, who refers to Bill Gates as his role model and always wanted to work for Microsoft, was obsessed with computers and gained his first coding experience at age 12 with a Sinclair ZX81 – a present from his uncle for his confirmation. The Sinclair ZX81 was a home computer released in 1981 equipped with a processor running at a clock rate of 3.25 MHz and 1024 bytes equal to 1 KB RAM also serving as disk space. By comparison, a commercial PC has at least 100 GB of hard disk space (100,000,000 KB). 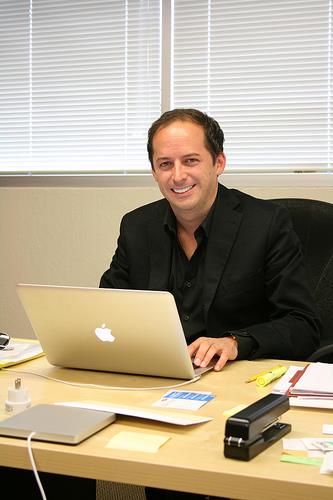 However most of Mattes’ school friends possessed the better, but more expensive, Commodore 64 for which it was possible to buy some games – still the best selling single personal computer model of all time, with total sales of more than 30 million units. In order to play games, Mattes’ only option was to read books about coding and programming and to develop his own little games. Due to the very limited memory of his computer (compared to the Commodore 64, it was 16 times smaller), Mattes wrote the codes as efficiently as possible to save bytes. Although only 17 years old, the high school student had already developed expertise in different program languages and started giving lessons in computer science for a company in Linz, Austria. After graduating from high school, already a recognized computer expert and winner of several developer contests, Mattes studied IT and business economics at the University of Linz. Early on, it became apparent that Mattes was unchallenged, as he already knew everything he was taught at university. He began to work for a small computer company during the day and pursued his studies in the evenings, until he was overwhelmed with work and dropped his studies. Under Mattes’ guidance, the company developed an enterprise resource planning (ERP) system for smaller companies. An ERP system is a company-wide computer software system that coordinates and manages its business processes. Later on, he created another ERP system for a small computer company of a friend, which was (and still is) widely used in companies all over Europe. The eventual JAJAH founder realized that such a system could also be useful for the government in the area of public bidding. In those days public bids were required by law to be published in the Wiener Zeitung, a government-owned newspaper. He decided to create an online portal for public bids called Auftrag.at and successfully converted the Austrian government to its use by means of a legislative amendment. For his work, Mattes received the federal award of excellence for e-government and multimedia. Today Auftrag.at is still the number-one public bidding portal in Austria, and is also available in other European countries. In 2004 Mattes sold Auftrag.at to the Austrian government. That same year, in December 2004, the two Austrians decided to found JAJAH Corporation as an Austrian company with limited liability based in Vienna. They hired three computer engineers and one person responsible for public relations; today JAJAH employs around 110 people. In April 2005 the first JAJAH soft phone was put online and something unexpected happened: When Scharf and Mattes came to their Vienna office several weeks later, they were inexplicably unable to access the Internet from their workstations.… What had actually happened was that a well-known Italian blogger called Robin Good had published an article about JAJAH with the headline “Skype Killer Offers Free VoIP, SMS and Videoconferencing: JAJAH”. That was the beginning of an incredible success story. Due to the high degree of visibility and influence of the blogging site, more than 100,000 people started to download the software overnight, until their small local server broke down. “We didn’t expect anything like that. Our software had to be moved to a public server farm with a high bandwidth, it was really skyrocketing!” Mattes remembers with a big grin, adding: “Within a short time, we were able to show more than 700,000 users.” Motivated by this unexpected success, the two Austrians started to seek additional funding and contacted some investors. Coincidentally Michael Moritz, one of the most successful venture capitalists at Sequoia Capital in California – a leading venture capital firm that has funded companies like Google, Yahoo!, Apple Computers, Cisco, Oracle, Youtube, and PayPal – noticed JAJAH at an airport. While waiting for his flight, a guy sitting next to Moritz was making a VoIP call and not using Skype, but JAJAH. “One of the advantages of our JAJAH client is the fact that it can be applied in networks with a low bandwidth, even with a dial-up modem. At that time the market leader Skype could only be used with a broadband connection,” Mattes explains. 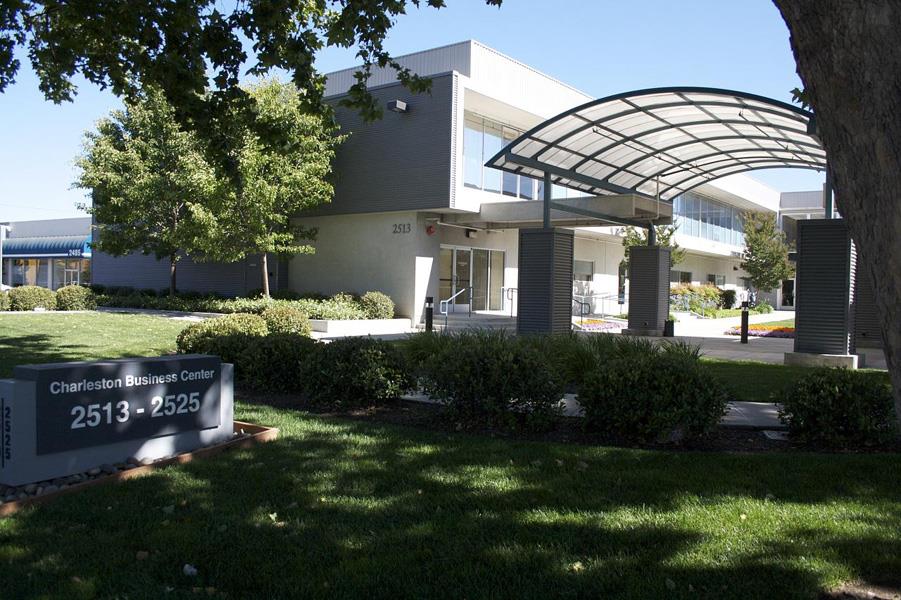 Back in his office, Moritz wanted to get in touch with the JAJAH founders and sent them an e-mail. “We were blown away,” Mattes recalls. From then on everything moved very fast. After meeting with Sequoia Partner Haim Sadger in Vienna, the funding was a done deal. The only issue was that JAJAH was an Austrian company and Sequoia is not strongly featured on the European market. Thus, Scharf and Mattes spontaneously decided to move to the United States and build up their company in the former Google premises in the Silicon Valley, leaving Austria behind. The whole formation process happened within 21 days. “At the beginning we didn’t even have a bank account,” Mattes laughs and adds in the same breath: “Even though we had to build up everything from scratch, it was not difficult to move to the United States, because of the great support from the Sequoia connections. They provided us with Google lawyers, perfect offices, and of course the right contacts. Without such a network you are completely lost, I don’t think one can simply move to the US and expect to start a successful business with no local knowledge or contacts.” Now the two entrepreneurs have committed themselves to supporting other Austrian start-ups that are interested in moving to the United States, and providing them with access to the Silicon Valley. Mattes confirms that it is very difficult for start-ups to find adequate financial support in Austria or even Europe, especially if the start-ups require high initial investments. “All the big companies required at least $10 to $15 million of funding in their first years to be able to successfully launch their businesses,” the IT expert adds, “and means of such magnitude are simply not that readily available in the European market.” Staying ahead of the curve 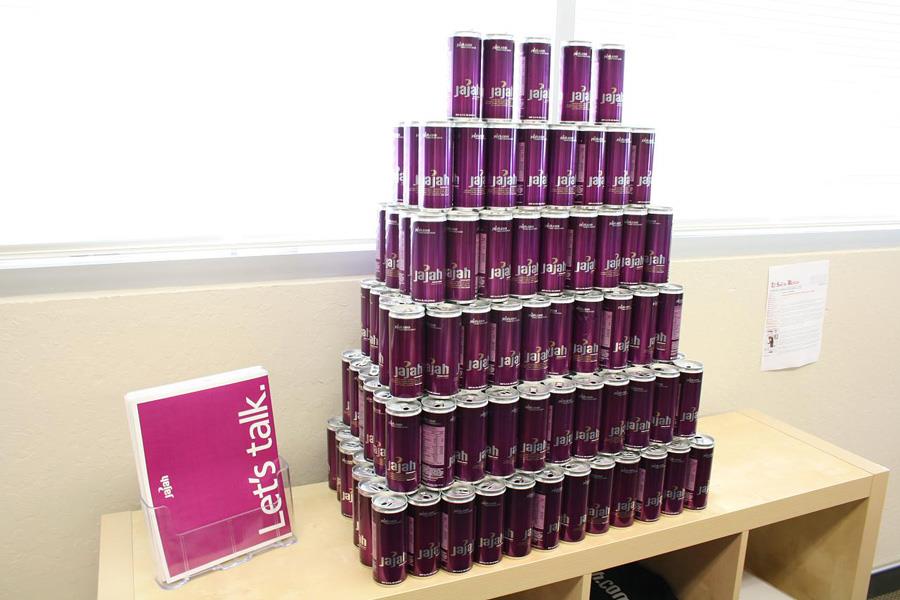 One of JAJAH’s core strategies is their focus on innovations. The company has already become famous for the short time required to bring its new features to market. Mattes agrees: “It is absolutely important to be always on top of the game and to be a technological leader, because the competitors are never sleeping.” In this context, Mattes also has advice for potential entrepreneurs: ”Don’t wait to launch a 100-percent complete product, because your product will never reach that 100 percent. Be happy with a total completion of 80 percent, launch it, and come up with more innovations.” With more than 400 million user accounts (some users may have more than one account), Skype is still the market leader in the consumer section, but the number of JAJAH users has already surpassed the 10 million mark. Apart from the consumer branch, JAJAH’s IP voice and messaging platform is focusing on partnerships with other service providers, Internet companies, and mobile carriers or enterprises. In April 2008, JAJAH announced a strategically important deal with Yahoo!, integrating its platform to provide the telephone infrastructure, payment processing, and customer care to Yahoo Messenger users. This coup yielded 97 million new users at one blow communication via JAJAH technology, and showed the enormous potential behind JAJAH. Currently, about 25 million individuals use JAJAH directly and on a regular basis. There is absolutely no doubt that the two JAJAH founders, Scharf and Mattes, will come up with more innovations in the future. Just a few weeks ago, in June, JAJAH connected the historic one-billionth call since launching its platform. Despite their huge success in the US, Mattes confesses that he wants to return to Austria at some point in the future – meanwhile, JAJAH makes it very easy to keep in touch by phone.

Philipp Asen has been studying business administration at the University of Innsbruck since 2005 and is currently writing his diploma thesis, which deals with the impact of cloud computing on small and medium-sized businesses. References: 1 JAJAH is a registered trademark of JAJAH inc. All rights reserved. 2 AlwaysOn 2007 and AlwaysOn 2008 {/access}