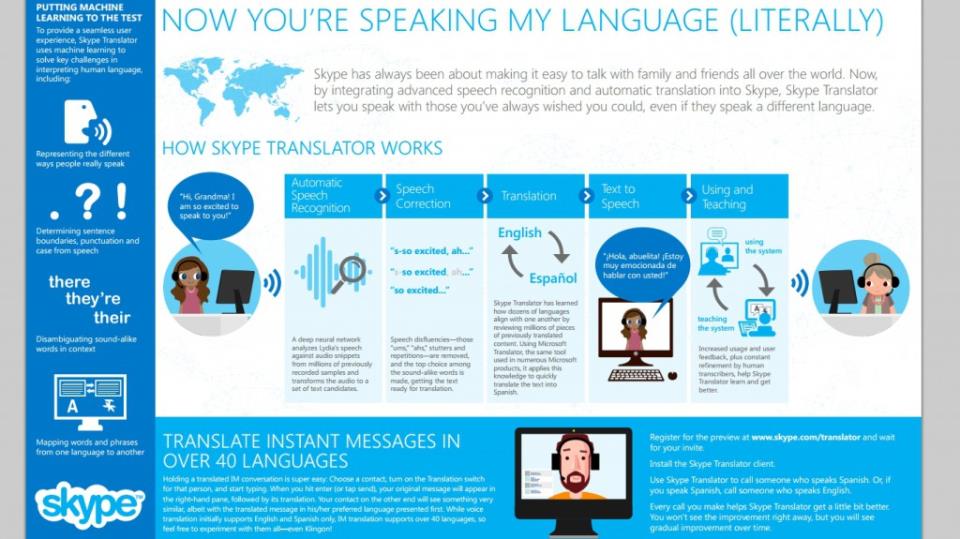 Skype today officially launched the Skype Translator Preview with a video showing how the technology can be used to connect classrooms across the globe. In the demo a class from Tacoma in the USA and a class from Mexico City play a game of “Mystery Skype”, asking each other questions to determine in which city they are located respectively.

Of course, the technology works very well in the video but we have to keep in mind that this video has been shot in a controlled environment. Nevertheless, the excitement and fun the kids have during the session clearly shows.

As we mentioned in November, Skype Translator Preview currently only works on devices running Windows 8.1 or Windows 10 and you need to register for the waiting list. The Verge points out that entering the registration code MTT1724 might get you a quicker invitation.

For those who are interested in knowing more about how the technology behind the Skype Translator works, Microsoft shared some additional info on the Skype blog. Essentially, the more people will use the product, the better it will become as it is based on machine learning and with a global user base of 300 million, Skype will have no shortage of data to mine.

During the preview period, Skype’s algorithm will be trained in the tasks of Speech Recognition and Machine Translation which are essential to translating the spoken language correctly. The algorithm has to learn how to notice and remove disfluencies like “ahs” and “uhms”, how to recognize sentences and where to add punctuation. For a more detailed overview about the process you can head over to the Skype Garage blog or watch the video below.

Those who are worried about what happens to their data on the Internet have to keep in mind that with the Skype Translator Preview their translated calls will be recorded and analyzed as part of the machine learning process. Though the data is not attributed to a Skype ID there will still be a recording stored on Skype’s servers for analysis.