If you’re currently using Windows Live Messenger and are not too thrilled about the pending forced switch to Skype, you’re not alone. But there are a few things you can do to make Skype a more palatable—and Windows Live Messenger-like—experience. And the first thing you should do is enable Skype’s Compact View.

As a recap, Microsoft announced in late 2012 that it would be retiring its Windows Live Messenger application in Q1 2012 and replacing it with Skype. Many, myself included, assumed this meant simply that it would stop updating WLM and allow people to keep using it for many months to come. But this week, we discovered that Microsoft will kill Messenger on March 15, with the WLM application being uninstalled automatically when you install Skype, and the back-end Messenger service being retired globally at that time. (Except in China.)

Skype already supports signing in with your Microsoft account, and I had previously tested this integration with an eye towards removing Messenger from my default install set. (I’m always trying to do more with less, if you will, and have a smaller application install footprint.) But I found Skype to be woefully inadequate for regular instant messaging, and I returned to using WLM.

With this pending forced switch, however, I decided to take the painful step of using Skype so that I could examine ways in which Skype can be bent to my needs/wants, and hopefully be made to work more like WLM (in those areas where it makes sense; there’s plenty I don’t like about WLM too). Note that simply installing the latest Skype version now will in fact uninstall WLM. So be careful.

But sure enough, there is one change that all WLM users will want to make to Skype immediately: Enable Compact View.

By default, Skype presents a single application window. There are no tabs or separate windows for individual IM (or video/audio chat) conversations, it’s just a single window. 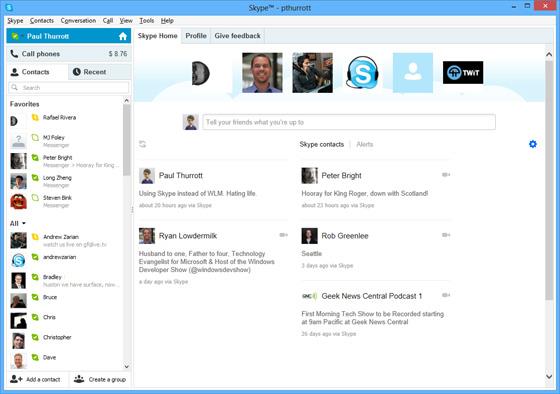 I find this confusing and less than ideal for a number of reasons, but the biggest one is that it’s hard to switch between these conversations, and it’s hard to quickly identify in that mess of a contacts list which people you’re currently conversing with.

Compare this with WLM. By default, WLM provides a main window which lists your contacts. But it provides a separate conversation window, with tabs for each conversation, helping you keep track of what’s happening. 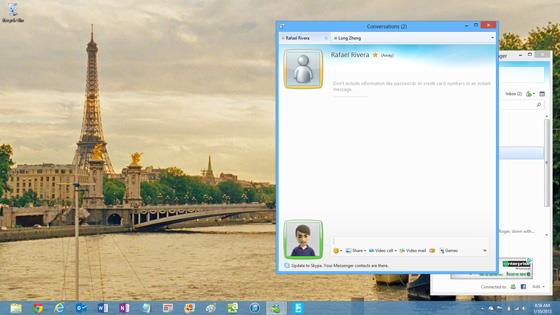 You can make Skype work like WLM in this regard with Compact View. To enable it, select View and then Compact View. When you do, Skype redisplays with two windows, one for the contact list—just like WLM—and one for that Skype Home display, which you can simply close. 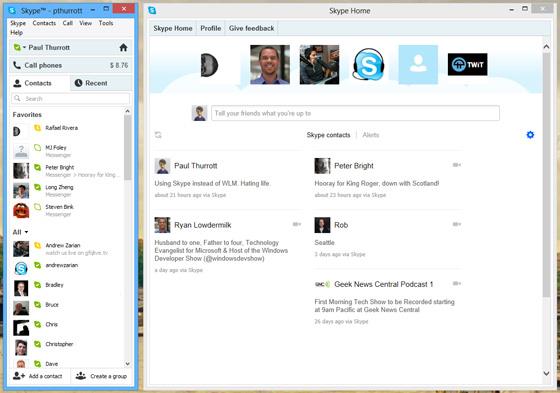 Now, when you engage in conversations with your contacts, each conversation appears in its own windows. Which in many ways is actually even better than the tabbed conversation window in WLM. 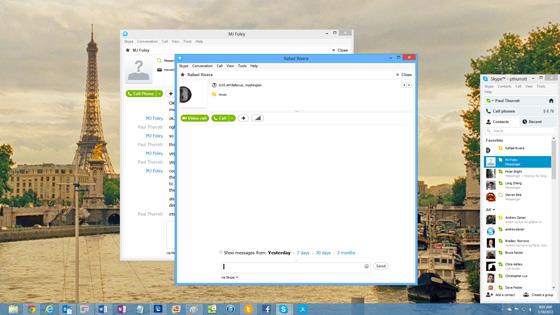 There are a lot of things you’ll probably want to do beyond this. I can’t stand the default Skype notification sounds, for example, and I find the font size in IM to be far too small. But I’m curious if anyone else has any suggestions about how you can configure Skype to be a better all-in-one communications application. Maybe this transition doesn’t have to be so horrible after all.