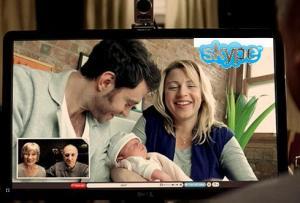 If you love talking to friends and family anywhere in the world with Skype on your computer, it just became easier. The live video voice calling program, Skype announced today via their company blog, The Big Blog, that Sony and VIZIO will be shipping Skype enabled HDTVs later this year. The news is being announced at the Consumer Electronic Show (CES).

Not only has Skype asked television manufacturers to produce new televisions with Skype enabled. The video call company has asked to bring Skype enabled software to televisions already in households, and the manufacturers have come through. Soon Skype enabled devices such as the Panasonic or Sony Blu-ray Player and webcam with be fitted with Skype technology.Â   Allowing users to keep their current Televisions but add a component in order to enjoy real-time video conversations from anyone around the world from the comfort of their own couch.