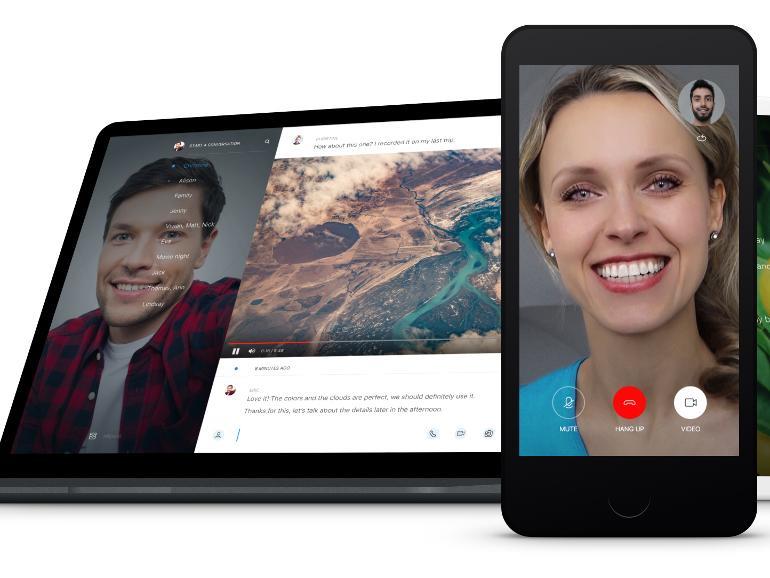 Over the past few weeks, communication startup Wire has launched secure file-sharing and a new ultra-private version of its messaging service, which uses end-to-end encryption for all text-based, audio, and video conversations.

The company doesn’t hold the decryption keys and says its software contains no backdoor. Furthermore, the data or the content of users’ conversations will not be sold or rented to anyone or used for any third-party advertising.

“People are getting more and more aware of the potential dangers that not having private communications can bring them,” Wire co-founder and CTO Alan Duric tells ZDNet.

The company was established in 2012 by Skype’s co-founder Janus Friis, Estonian Priidu Zilmer, who led Skype’s visual design for seven years, and Alan Duric, who was the co-founder of Sonorit, a VoIP startup bought by Skype in 2006.

Wire is based in Switzerland and has servers in the EU. With several international offices, it altogether employs between 50 and 60 staff. Counting the co-founder and the design team lead by Zilmer, six of them are Estonians. “Quite a bit of the DNA of the company,” Duric says.

Wire doesn’t disclose its user numbers yet. According to Duric the service is growing at the speed of between 150,000 and 250 000 users per month, and the biggest markets are countries where there is more awareness of personal data privacy issues, such as the US, Germany, and the UK.

“Yes, there’s one [Telegram] that has 100 million users and another [WhatsApp] that has a billion users. But with Telegram you have to actively switch conversation to the private mode. Telegram doesn’t have this private mode for group chats and it doesn’t support voice and video calls and neither group voice calls that we already have,” he says.

He also points out WhatsApp is owned by Facebook whose primary revenue source come from data mining.

“But then, within just a couple of years it became apparent to a number of people that this is the way to do it. So after some years you could see that even the big food market chains have healthy food sections even if the rest of the food is not so healthy.”

Wire’s co-founder Janus Friis has publicly declared that Wire is never going to sell ads. Instead revenue will be generated mostly via premium accounts.

“Services such as storing your, let’s say, personal photos in full resolution without doing data mining on your photos. That has substantial value for quite some number of people,” he says.

Wire is funded by Iconical, which is a collective of designers, engineers, and entrepreneurs. According to Duric, Wire is not planning to take in any other external investments, but that situation might change in the future.