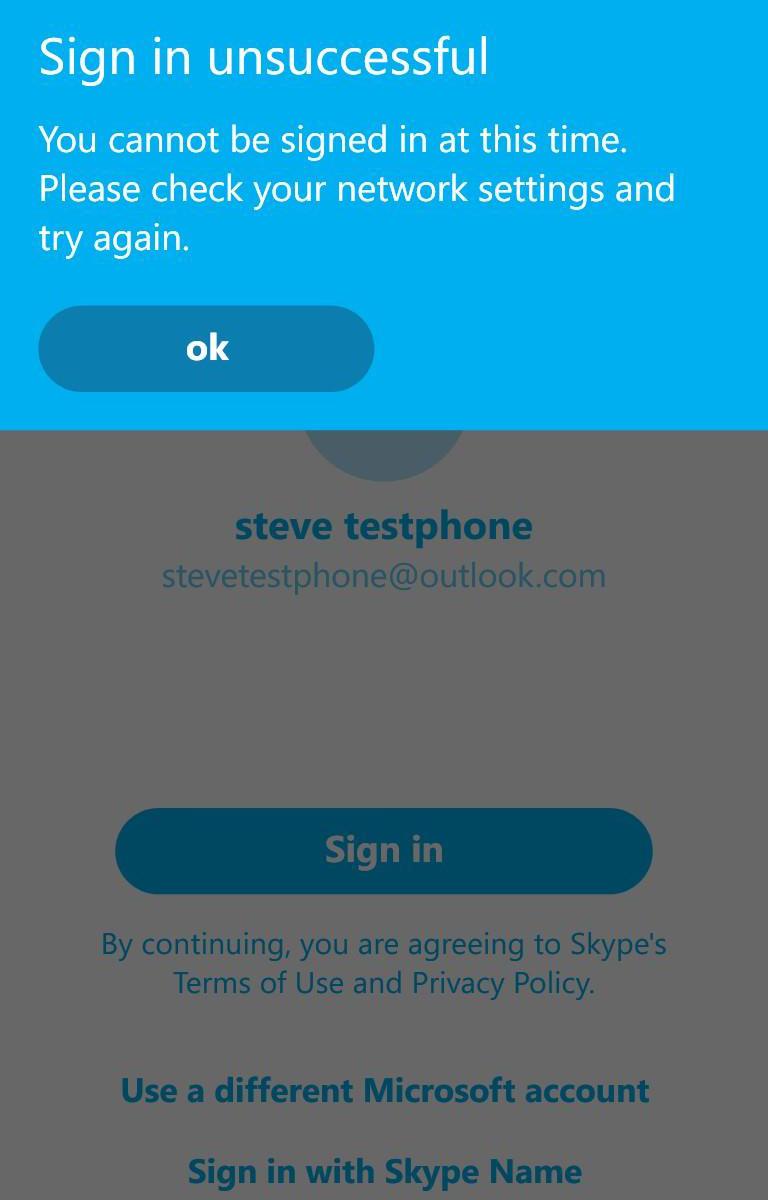 Back in February, I wrote:

Three more weeks of working Skype for Windows Phone… and then it’s Windows 10 Mobile or nothing. Microsoft’s Skype team has been saying for a while that the changeover from a peer-to-peer architecture to a ‘cloud’ system, with all communications managed from Microsoft’s servers, is almost done, and it seems that the inevitable final switch is to be thrown in about three weeks time. And with the switch away from the old architecture, the old Skype client on (the almost as old) Windows Phone 8.1 will stop working.

This has now happened, albeit slightly later than planned. 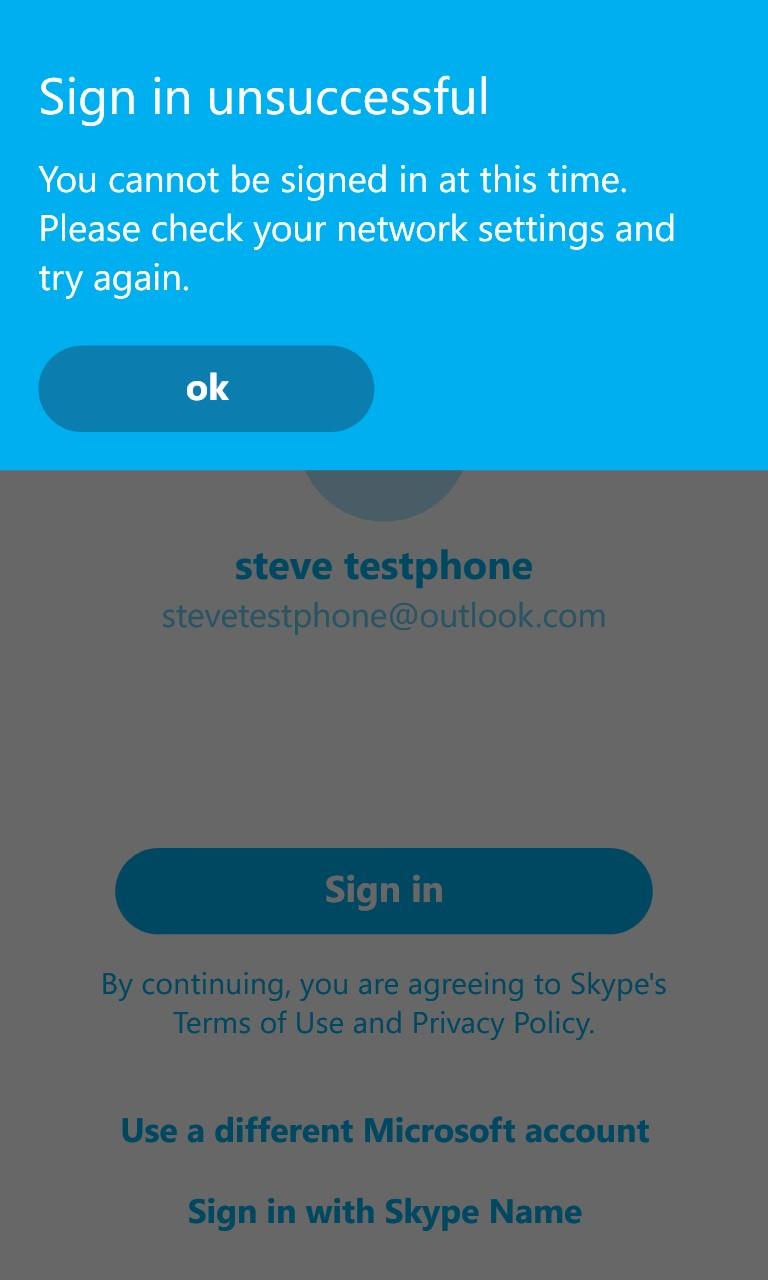 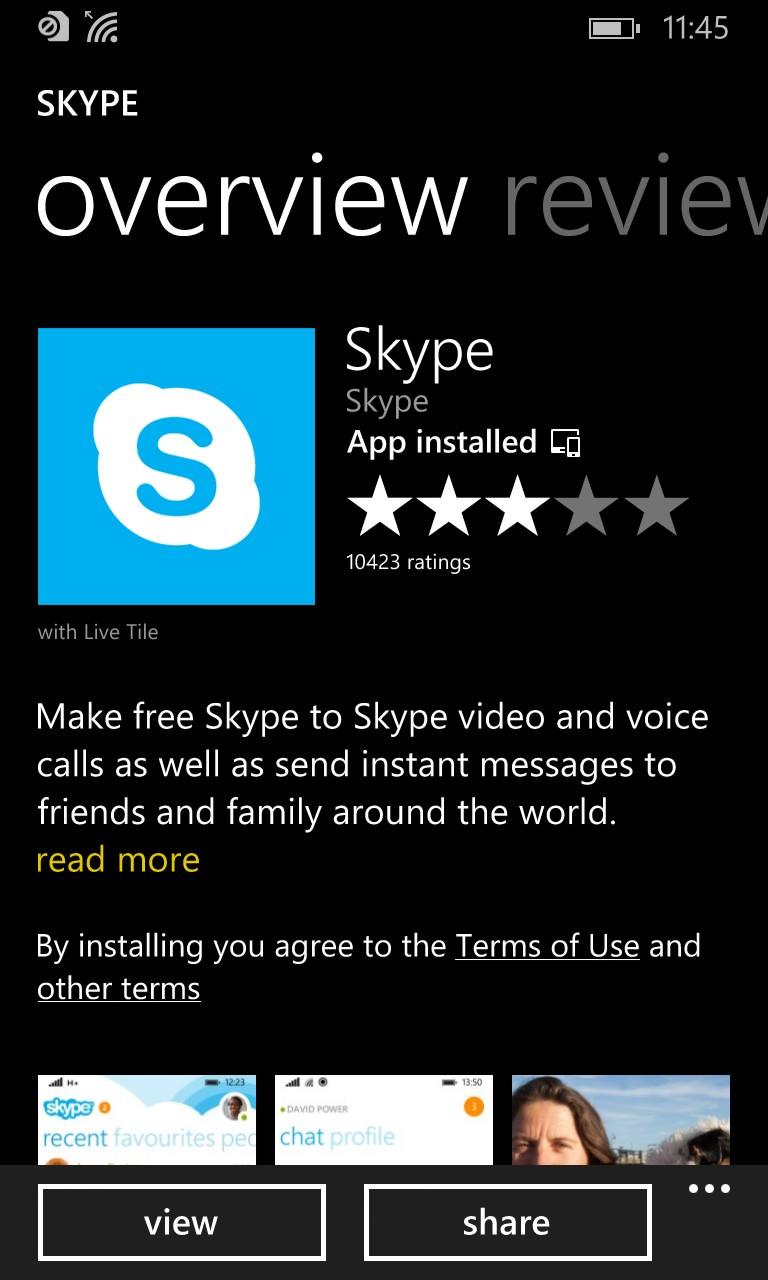 Signing in is now not possible under Windows Phone 8.1, so the switch has definitely been thrown at Microsoft’s end – finally; (right) curiously, Skype is still showing in the Windows Phone 8.1 Store, though presumably at some point someone at Microsoft will spot this and remove or disable it?

And returning to my theme above, anyone with a 2012/2013 Windows Phone 8.1-only phone (i.e. can’t be upgraded to Windows 10 Mobile and UWP compatibility) can’t really complain that one of the Internet services on the phone stops working 4-5 years later. In the mobile world, that’s an eternity. And 99% of those Windows mobile users who use Skype day to day will definitely be on a UWP-capable device by ‘early 2017’.

And indeed, anything bought from about mid-2014 onwards (so in the last three years) should be capable of running Windows 10 Mobile, so the unavailability of Skype on the old OS might well be the kick you need to finally do the Windows 10 Mobile upgrade. Yes, there are a few 8.1-only features that you’ll miss, but Skype will work again in its new UWP (Universal Windows Platform) guise and what’s more, you’ll gain access to a hundred other shiny new UWP applications and a much wider ecosystem generally. Go for it!

* If your old Windows Phone has 1GB or more of RAM then there are ways to upgrade unofficially. Are you up for the tech challenge?

PS. If you’re already signed in to Skype on a Windows Phone 8.1 device then it may still work for a short time, but don’t sign out or power off the phone, etc!!

PPS. This isn’t the only online service to stop working for Windows Phone 8.1 and to provide an appropriate kick up the backside for people to upgrade their phones or OS – UK peeps have had iPlayer stop working recently – and again there is no issue under Windows 10 Mobile.