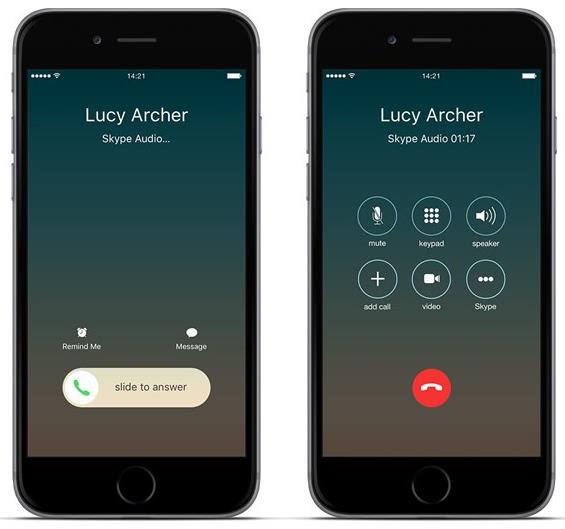 Today, both Skype for iPhone and Skype for iPad received a minor refresh which brings out a toggle for enabling or disabling CallKit integration, the ability to get new contact requests as a notification and under-the-hood fixes and improvements to make the app run more reliably on iOS 10 devices.

In the new version of Skype for iPhone and iPad, you can toggle iOS 10’s integrated calling via CallKit on and off within the app’s settings.

To disable CallKit integration, open Skype and tap the My Info tab at the bottom, then tap Settings and slide the Integrated calling switch underneath the Calls heading to the OFF position.

If you disable CallKit integration, VoIP calls from Skype will appear on the Lock screen as a dull notification. You also won’t be able to make Skype calls from your device’s contact list nor will Skype calls be captured in Phone’s Recents.

To disable Skype’s Siri integration, go to Settings → Siri → App Support. Be sure to enable notifications for Skype to receive any new contact requests as a notification.