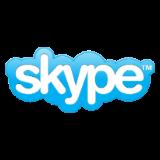 Skype is hugely popular, and it’s probably one of the first things you’re looking to install on your Chromebook. It’s not quite that easy, because Skype have not produced and official client for Chromebook yet, and there’s no direct replacement. That said, we can get you some of the way there.

Use your phone / tablet instead

If you’re using a smartphone / tablet with a front facing camera, you can run Skype for Android / iOS while adding credit and managing your account online with your Chromebook.

Hangout is the Google preferred solution – it works great on Chromebook, giving you full audio and video as well as the ability to video chat with multiple people at once for free (you have to pay to do this on Skype.) The downside – you can’t import your Skype contacts, and everyone needs to be using Hangout rather than Skype. (Since there’s no client to download and install, that’s not as big a fuss as it might seem – you can call anyone with a Gmail or Google email address easily.) It does mean moving over to a different system, and not being online to your Skype friends, so they can’t call you unless they’re also on Hangout. 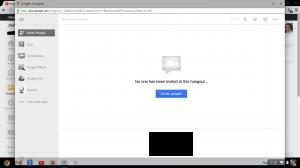 Plus.im is an online messenger client, run by the same folk who made IM+, a popular IM app. It works great for passing Skype messages back and forth, but won’t work for video calls.

Skype has been released for Outlook.com – however, it requires a non-standard web plugin. Hopefully, Skype will produce either this plugin or a standard Skype client for Chrome OS. 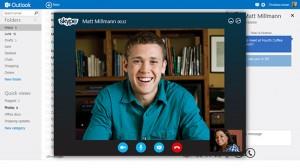 IMO is a web based messaging app. It lets you connect to a bunch of messaging services, including Skype, via the web instead of using a dedicated client. You’ll get the same list of contacts you see in Skype – but you can’t make audio or video calls, just text chat. 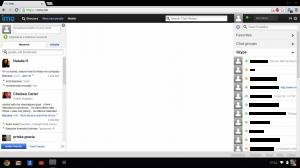 There are options inside IMO for Audio / Video with a Skype user, which gets you all excited: 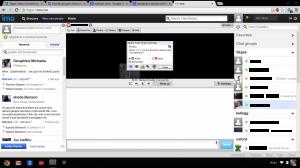 … until you realise the horrifying truth. What it does is IM the user a link to make the call via the web, just like Hangout, except a lot more flaky. 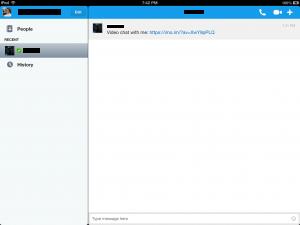 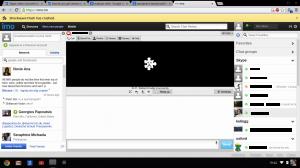 Google Voice is only available in the US, but if you can get access, it’s a great replacement for Skype To Go and SkypeOut. It’s includes some neat features like transcribing your voicemail to text, and saving all your voicemails and texts so you can search through them. You can set up a new number in Voice and use it to set up call forwarding, so anyone calling that number will forward onto your mobile, your landline or all the phones in the house. If you use Android or iPhone, you can use the Google Voice app so people see your Google Voice number when you call. 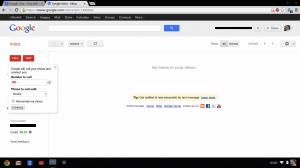 If you’re a SkypeOut user, i.e. you pay for Skype credit and use it to call regular landlines and mobile phones, Google Voice does that too. You can plug most USB headsets into your Chromebook, and the calling rates are given here. Here’s a quick comparison with Skype:

All prices in cents per minute for landlines, excluding tax.

If money is no object, you can use Vidtel to bridge between multiple video calling services. Let’s say you have two participants, one on Skype and one on Hangout. Instead of calling each other, they both call Vidtel, and can talk with each other as normal. However, it’s an expensive service, starting at $0.15 per minute or $149 per month. More pricing details here.